The only intervention that has ever been consistently shown to extend average and maximal lifespan in a wide variety of living organisms is the restriction of caloric intake1-5.

Many experiments involving reduction of total caloric intake, in some cases by as much as 70% of ad libitum dietary intake in free-feeding animals, show that calorie restriction improves a number of biomarkers of aging, with overt evidence of improved general health.2-11 The benefits observed in lab animals have also been seen in primates and humans.

As studies over the past two decades defined the beneficial biochemical and physiological effects of calorie restriction, scientists found that a variety of substances, both drugs and natural compounds, could mimic these desirable effects. These so-called “calorie restriction mimetics” have great potential clinical value because very few people can adhere to the degree of calorie restriction that will lead to substantial extension of life.

By the late 1990s, scientists identified a number of compounds that have anti-aging properties as a 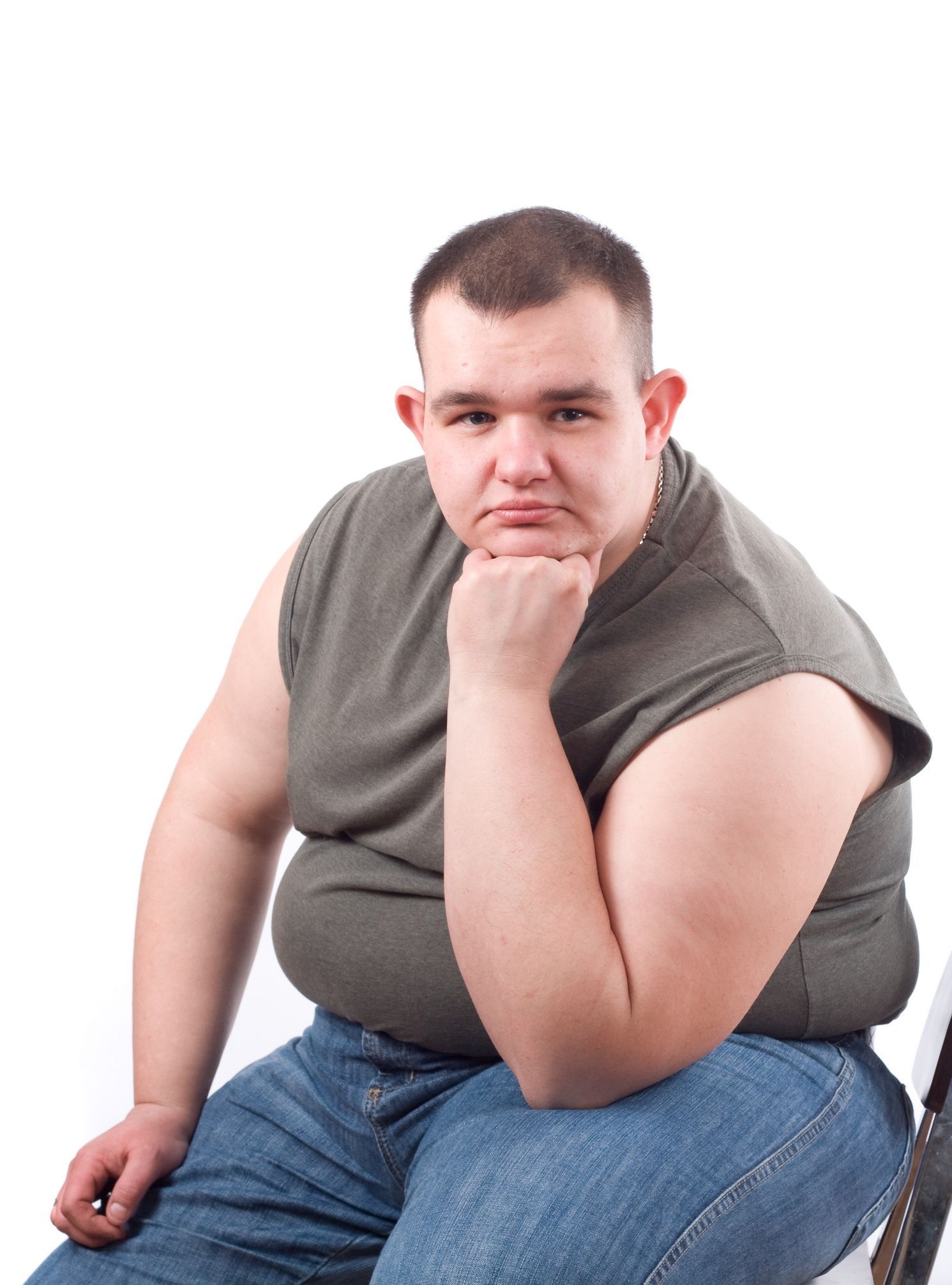 consequence of their ability to mimic the biological changes associated with caloric restriction.9 These include foods like avocados, nutraceuticals such as resveratrol, carnosine, and acetyl-L-carnitine, herbs such as gymnema and cinnamon, and drugs like metformin and thiazoladinediones.

Use of calorie restriction mimetics, in isolation of significant dietary calorie reduction, has naïve appeal to some people; it looks like an easy option for longevity promotion, but it may not be so. It is much more reasonable to combine calorie restriction mimetics with tolerable but meaningful reductions of overall caloric intake. This approach is deeply rooted in good scientific agreement, derived from almost eight decades of research.1-10

While more research on the use of calorie restriction as a longevity promoter in humans is desirable, the benefits are well documented and highly credible. It certainly warrants consideration if we ever wish to get beyond current futile attempts to reverse the obesity epidemic12.

I believe that use of calorie restriction mimetics in conjunction with calorie restriction diets is central to disease reduction and longevity promotion. It represents the second key component in what I call the “Anti-Aging Triad,” which also includes interventions for stem cell support, and therapies for telomere lengthening (Read Telomeres, Aging & Disease Prevention).

A simple understanding of the biochemical and physiological effects of calorie restriction explains why this intervention can extend average lifespan. 9,10 There is a major added bonus: Calorie restriction also extends maximum lifespan, defined as the greatest number of years that a living organism can survive.

The biological outcomes of calorie restriction include, but may not be limited to: alteration of the expression and actions of many key enzyme controlling metabolism and protein synthesis; reduction of damaged protein and facilitation of its removal; modulation of normal processes of cell death (apoptosis); modification of the actions of chaperone molecules; reduction in protein/sugar cross-linking (glycosylation); reversal of dysglycemia; reduction of chronic inflammation and inflammatory markers; hormetic effects; inhibition of glycolysis through insulin sensitization; and specific influences on genes that alter cell repair or death (e.g. Sir2 gene or the human homologous SIRT1 gene).13-16

Clinically, we can observe that caloric restriction produces:

If you’re skeptical, bear in mind that these biochemical and physiological outcomes have been observed in essentially all species of animals that have been subjected to calorie restriction experiments5. Scientists and physicians focused on anti-aging medicine are in agreement that the effects seen in animals are often present in non-human primates and humans5,9. 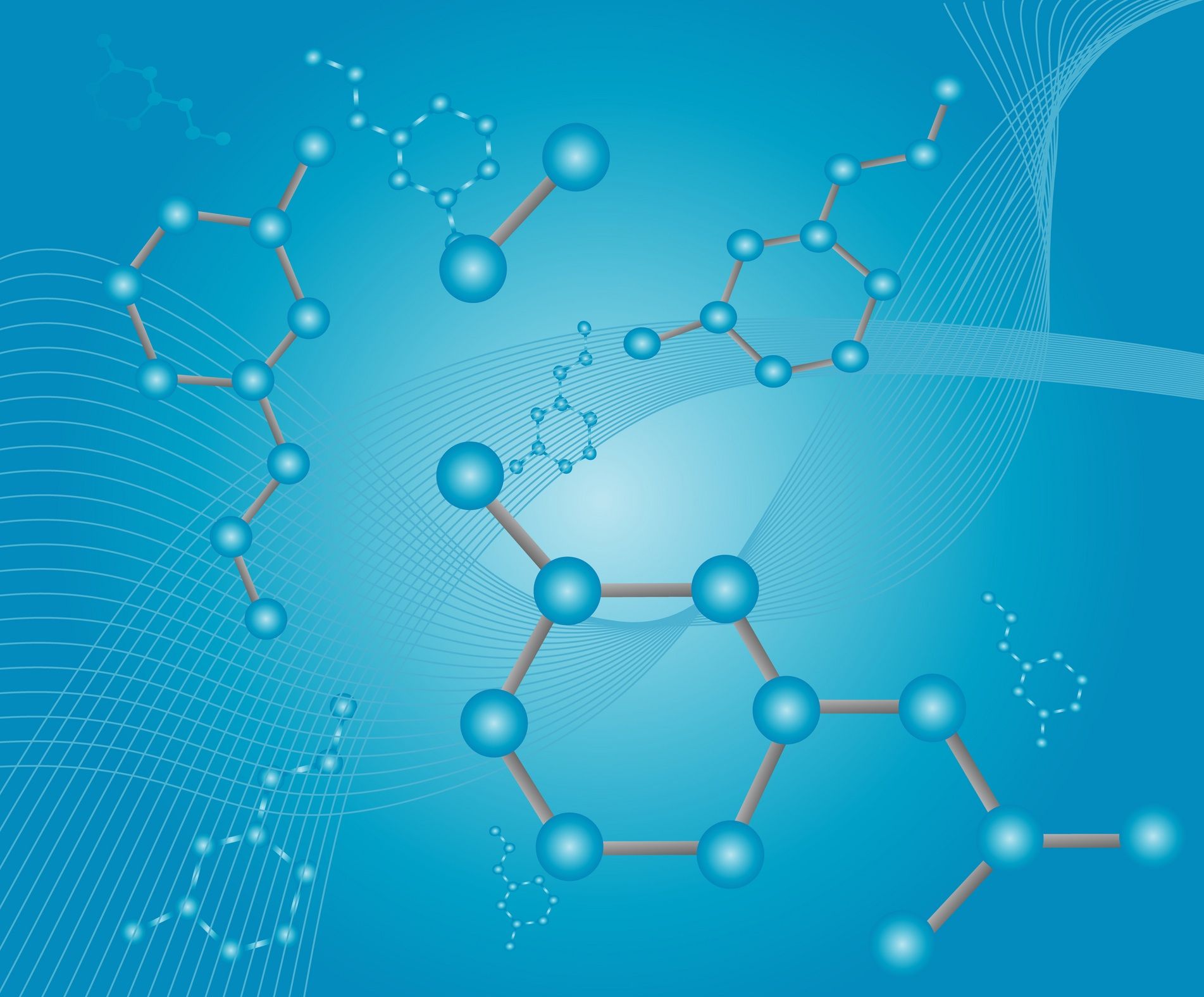 Molecular structure of resveratrol, derived from skins of red grapes. Resveratrol is one of several naturally occurring compounds that can mimic the beneficial effects of calorie restriction. Image courtesy of Mark Rasmussen/ Agency: Dreamstime.com

Calorie restriction produces a highly complex cascade of biological events that match, in part, the even more complicated cascade that regulates aging. I have repeatedly reminded myself and other practitioners of Integrative Medicine that the power of synergy is a pivotal component of natural therapeutics17. It continues to surprise me that many practitioners are using single-supplement interventions, despite the fact that bio-integrative medicine largely rejects the flawed concept of the “single drug, single-receptor action” in therapeutics.

For example, resveratrol—a potent polyphenol found in the skins of red grapes and other plants–has been heralded as a key anti-aging supplement. But it won’t likely lead to optimal outcomes by itself. Resveratrol’s effects are significantly enhanced by the synergistic action of other calorie restriction mimetics, along with dietary changes.

Metformin: A drug that increases insulin sensitivity, reduces gluconeogenesis, inhibits excessive glucose absorption, enhances glycolysis secondary to increased expression of genes encoding for glucokinase and liver-specific pyruvate kinase. Modulates stress responses, with the activation of AMPK.
Resveratrol*  : A plant polyphenol that stimulates Sir2 gene, reducing or modulating apoptosis.  Proven anticancer benefits with beneficial cardiovascular effects, including potent antioxidant activity.  Effects on apoptosis are complex, operating through mechanisms of hormesis, dependent on the ratio of resveratrol to other related molecules that alter “pro and anti-apoptotic” factors.
Carnosine*: A combination of amino acids, which inhibits cross-linking of proteins and formation of harmful AGE’s (advanced glycosylation end-products). Enhances glutamate action in the brain, stimulating nitric oxide with improvement in brain function and memory. A classic anti-aging factor that increases average lifespan, but not maximum lifespan in rodents. Arguably a calorie restriction mimetic, carnosine has potential synergy with other natural anti-aging compounds.
Avocado*: Mannoheptulose from avocado improves insulin sensitivity and blood glucose levels, with thermogenic effects on fat deposits in muscle.  Enhances lifespan in mice.
Gymnema*: Alkaloids (gymnemosides) from this herb have glucose regulating effects.
2-Deoxyglucose:  Increases insulin sensitivity & reduces blood glucose, but is toxic at high doses. Not recommended for routine use because of narrow window of safety versus therapeutic effect.
Aminoguanidine:  Reduces abnormal protein accumulation, prevents glycosylation and reduces AGEs.
Hydroxycitrate: May reduce caloric intake. Not recommended for clinical use because of liver toxicity.
Adiponectin: Plays a role in fat metabolism, perhaps mediating the effects of calorie restriction.
Thiazolidinediones:  Insulin-sensitizing drugs, but with limited utility owing to variable and onerous side effects.
Iodoacetate: Prevents the ill effects of toxic glucose metabolites.
Exandin: A glucagon-like-peptide (GLP) which counteracts the effects of glucagon, reduces plasma glucose, and suppresses food intake.
PYY3-36: A peptide gut hormone that inhibits food intake via actions on the hypothalamus, with secondary effects on glucose metabolism.
Leptin: Stimulates fat metabolism and reduces body weight. Involved in hormonal responses triggered by calorie restriction. May be a principal mediator of the clinical effects of calorie restriction.
Alpha Lipoic Acid*: Valuable antioxidant with insulin sensitizing actions.
Cinnamon*: Methylhydroxychalones in cinnamon are insulin mimetics.
Acetyl-L-Carnitine*: Antioxidant with neuroprotective and energizing effects. May not be a calorie restriction mimetic by strict definition, but facilitates mitochondrial function.
Mixed Antioxidants*: While not calorie restriction mimetics per se, grape seed extract, mixed polyphenols, green tea polyphenols, ellagic acid, and maritime pine bark are antioxidants with specific anticancer and cardiovascular effects. Cancer and cardiovascular disease are the two major causes of premature death.

The asterisk (*) denotes good scientific agreement on use as nutritional support, with evidence of safety and efficacy in producing physiologic and biochemical changes typically associated with calorie restriction.

Longevity is unquestionably the legacy of positive and healthy lifestyle. Anti-aging or “regenerative” medicine must be defined within the context of advanced preventive medicine. At the same time, it is important to realize that prevention or reduction in prevalence of premature causes of death and disability may not have as significant an impact on average and maximum lifespan as has been hitherto supposed. We physicians need to pair efforts at prevention of fatal illness with promotion of well-being!

The combined use of several dietary supplements that have additive calorie restriction mimetic effects, in conjunction with appropriate lifestyle and dietary changes can go a long way in meeting both of those clinical goals.

I am not optimistic that major reduction in daily caloric intake is a widely achievable intervention for most people in industrialized societies like the US, where high-calorie, low nutrient foods are plentiful, cheap and ubiquitous.
Consequently, the availability of natural substances that reproduce the physiological effects of calorie restriction is a major advance in the anti-aging field.

My recommendations would include the synergistic use of supplements such as carnosine, resveratrol, gymnema alkaloids, and alpha lipoic acid, as well as foods like cinnamon and avocado. Grape seed extracts, ellagic acid, and pine bark polyphenols give added benefits. These mimetics should be used in the context of a healthy diet with tolerable but meaningful limitations on total caloric intake. Bear in mind that these compounds all have potentially beneficial effects beyond their ability to mimic the effects of calorie restriction.

We certainly need longitudinal studies to assess the benefits of calorie restriction mimetics, but it may take many years before what now seems obvious clinically becomes apparent in “hard-nosed” scientific language. With the prevalence of obesity, diabetes, heart disease and other chronic diseases as high as they are at present, I don’t think we can afford to wait for “definitive” clinical trials. In treating patients, we need all the help we can get, and we need it now!

Stephen Holt, MD, PhD, is the founder and scientific advisor of Natural Clinician, LLC (www.naturalclinician.com). He is a widely recognized researcher, clinician, lecturer and author of many scientific papers and books. This article, the second in a series on regenerative medicine, is based on a keynote speech presented at The American Academy For Anti-Aging Medicine’s Annual Congress. The topic of calorie restriction mimetics is explored in detail in Dr. Holt’s new book entitled, “The Anti-Aging Triad.“