To Reverse Alzheimer’s, Seek its Triggers: An Interview with Dale Bredesen, MD 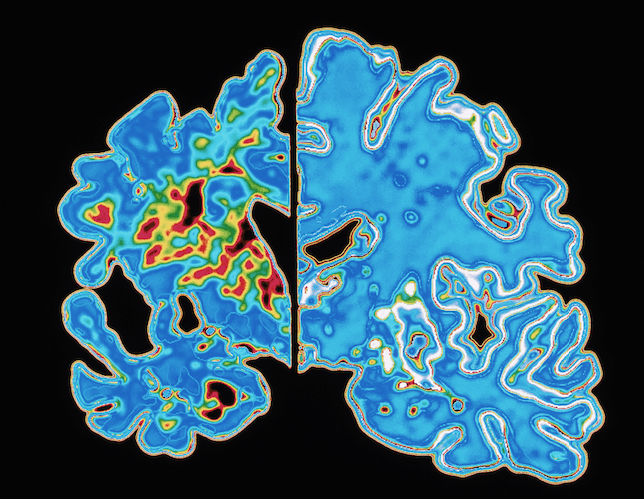 Those are bold statements, especially from a conventionally-trained neurologist. But Dale Bredesen, MD, is used to challenging orthodox views.

After more than 30 years of intensive research into the molecular mechanisms underlying Alzheimer’s (AD), and clinical experience caring for thousands of patients, Bredesen is convinced many of medicine’s central dogmas about dementia are misguided at best, flat-out wrong at worst.

“Despite the billions and billions of dollars spent by government agencies, pharmaceutical companies, and biotechnology wizards to invent and test drugs for Alzheimer’s, 99.6% of what we have come up with have been abysmal failures, not even making it out of the testing phase,” Bredesen writes in his stellar book, The End of Alzheimer’s (Avery 2017).

In most other diseases, science may be slow, but it is at least moving in the right direction, with significant gains to justify the massive expenditures. Not in Alzheimer’s.

Of 244 AD drugs tested between 2000 and 2010, only one—memantine–was approved. Its benefits are marginal. And beyond discovery of the ApoE gene, a major risk predictor, the genome revolution has not led to major advances either.

Practitioners and patients have become resigned to futility. Most see an AD diagnosis as a slow and unusually cruel death sentence.

Goodbye to the “Long Goodbye”

Bredesen, who is Director of the Mary S. Easton Center for Alzheimer’s Disease Research, at UCLA, as well as the Founding President and CEO of the Buck Institute—the nation’s first independent center for research on neurodegenerative disease—has a very different view.

“AD can be prevented, and in many cases its associated cognitive decline can be reversed. No one should die of Alzheimer’s,” Bredesen told Holistic Primary Care. Contrary to mainstream dogma, the agonizing “long goodbye” of dementia need not be inevitable.

He bases this hopeful message on a thorough understanding of the mechanisms that drive the disorder, and on years of successfully applying a holistic, personalized, lifestyle-based protocol in real-world settings.

He calls it the ReCODE protocol (Reversal of Cognitive Decline), and has spent the last few years developing algorithms to help practitioners evaluate myriad risk factors, and to tailor nutritional, botanical, lifestyle and in some cases, drugs, for each individual. Medication, he says, is the “dessert, not the main course” in his treatment approach.

The research that led to ReCODE began in 1989. Bredesen published his first paper on these protocols—then known as MEND (Metabolic Enhancement for Neurodegeneration) in 2014 in the journal, Aging. It quickly became one of the most-read papers in the journal’s history.

Rather than a proverbial silver bullet, ReCODE provides what he terms, “silver buckshot” targeting multiple factors that contribute to cognitive decline.

Conventional medicine’s stunning lack of progress on AD results from its blind adherence to an incorrect belief that b-amyloid in the brain—a defining feature of AD—is the cause of the disorder, says Bredesen. For decades, almost all AD research has been focused on b-amyloid, much in the way cardiologists became single-minded about LDL cholesterol.

But more often than not, drugs aimed at b-amyloid either had either no meaningful effect on cognition (despite reducing plaque buildup), or paradoxically accelerated cognitive decline.

That’s because while b-amyloid does result in cognitive damage, it is not a primary cause of AD. Rather, it is an adaptive response to infectious, inflammatory, or environmental triggers.

Identify and address those triggers, and you can prevent or reverse the disease.

The condition we’ve named “Alzheimer’s” arises from a complex of chronic stressors that, in aggregate, shift the brain’s natural balance away from synapse creation and memory maintenance, and toward programmed neuronal death and memory pruning.

In a sense, it’s a neurological analog to the osteoblast-osteoclast balance in the bones. Under certain conditions the dynamic tension between these two opposed processes shifts to favor osteoclasis. The net result is osteoporosis.

In health, the brain maintains homeostasis between neuronal maintenance and neuronal destruction, between memory-preservation and memory-dissolution. Poor nutritional status, chronic viral and bacterial infections, environmental toxin exposures, genetic predispositions, and drug exposures can tip the balance to favor the latter. Over time, the result is dementia.

Like many disease states, Alzheimer’s arises when a natural and normal physiological housekeeping process goes haywire.

Bredesen has found that people with dementia not caused by stroke or head trauma tend to fall into one of three subtypes based on the predominant drivers:

Insulin resistance is intimately connected to AD. It drives systemic inflammation, and indirectly leads to amyloid plaque buildup. Once insulin has transported glucose into cells, it is broken down by Insulin-degrading enzyme (IDE). But this enzyme is also responsible for breaking down b-amyloid in the brain. In conditions of excess insulin, the body preferentially shunts IDE toward insulin breakdown, meaning that b-amyloid accumulates.

Gluten sensitivity is another common factor. Over time, it leads to breaches in the barrier integrity of the gut wall, which means inflammation-inducing compounds from the intestinal lumen pass into the bloodstream. In advanced cases, this can lead to breaches of the blood brain barrier as well.

In reality most AD patients show complex combinations of factors. But typically, one set of drivers predominates. These become leverage points for clinical intervention.

Dr. Bredesen recommends that all people over age 45 get a “cognoscopy.” 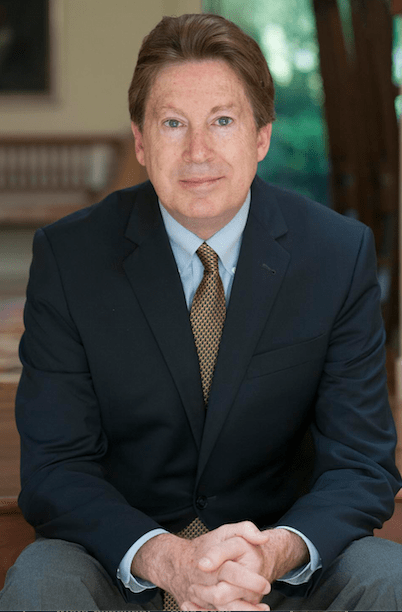 By synthesizing this information, skilled clinicians can determine which of the many contributors predominate, and then work to eliminate the triggers, clear existing b-amyloid buildup, and finally rebuild and restore synapses.

The multifactorial, aggravated assault on the brain goes on for 15 to 20 years before someone notices symptoms that warrant medical attention. That means there is a very wide window for early intervention, says Bredesen.

What follows are excerpts of our extensive interview with Dr. Bredesen on April 30, 2018. We touched on the role of prescription drugs in triggering dementia, the risks and benefits of cannabis, the connection between depression and dementia, the benefits of ketogenic and gluten-free diets, and strategies for implementing ReCODE.

HPC: What would you say are the most important leverage points that primary care doctors can use for preventing or curing AD?

DB: First of all, we don’t ever say it is curable, because you need autopsies to show that. But we are reversing cognitive decline. For the people who have it, that means everything. That’s demonstrable, proven, and published in peer-reviewed journals. It happens all the time.

Primary care physicians are the most important physicians when it comes to dealing with the AD epidemic. According to new epidemiologic studies, it is now the 3rd leading cause of death. The claim has been there’s “nothing you can do about it.” We find differently. But you have to look at what is the underlying fundamental driver of the process.

When people just write a prescription, they are doing that without really knowing what’s causing the problem.

So we spent a lot of years looking at what actually gives you this disease. Yes, there are plaques and tangles, and the brain degenerates. But why? There’s a very short list of things that cause human disease: pathogens, toxins, metabolic changes, trauma, and genetics. That’s it.

If you look at larger data sets of Alzheimer’s patients, you see there are subtypes: Inflammatory, Glycotoxic, Atrophic, Toxic, Vascular, Traumatic.

So you can learn to look at people and see, “Oh, here’s a person whose primary problem is exposure to mycotoxins.” In another, the primary problem is rapid reduction in trophic support from estradiol, progesterone, vitamin D. Then you can address the things that are causing it. That’s when you get these striking improvements.

Primary care physicians see people long before neurologists do. They’re the ones who can evaluate these things and get them on appropriate treatments. Very few patients should ever have to go to a neurologist. In truth, there are not enough neurologists out there to handle the number of people with cognitive decline. The only reason it is working currently is because people aren’t coming in for care because they know there’s nothing that can be done.

There are 75 million Americans who are ApoE4-positive. If they were to flock in, they would overwhelm the neurological infrastructure. So this MUST be taken care of by primary care. And I think it is BEST taken care of by the primary integrative and holistic physicians.

HPC: In The End of Alzheimer’s you write about the issue of misguided pharmaceutical use. There have been a number of recent reports linking dementia with various classes of commonly used prescription drugs. How big is this “iatrogenic” piece of the AD risk puzzle?

DB: It is a very good question. An article just came out showing that once someone has a diagnosis of AD or dementia, they get put on all kinds of inappropriate drugs. Secondly, there are drugs that people use that are predisposing them to dementia. There’s no question it plays a role. In people we’re seeing, it probably plays a major role in 15%.

The majority of patients have toxin exposures, ApoE4 positivity, glycotoxicity, and inflammatory processes whether from leaky gut, poor diet, sleep apnea, or metabolic syndrome. Those are the big ones. But 15-20% have long-term use of antihistamines, antidepressants, benzodiazepines because of their GABA-ergic effect, drugs with anticholinergic activity.

HPC: What about opioids? Are they a risk factor?

DB: There doesn’t seem to be much of an association, though they’re dangerous for other reasons. It’s things that have anti-cholinergic effects that have the biggest negative impact on cognition.

DB: In colleges these days, everybody’s taking Adderall. We don’t know yet if it will increase problems in the future. But what we do know is you’re flogging your brain, so you could be causing damage that may come back to haunt you. It certainly looms as a future concern. A lot of people with early AD take Adderall to try to enhance their focus and memory. I try to get people off that when we can. If we address what’s actually causing the problems, they shouldn’t need Adderall.