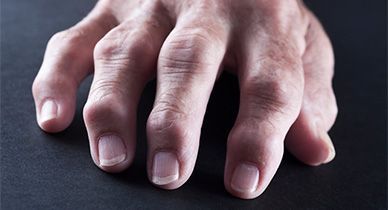 Rheumatoid arthritis (RA), one of the most common autoimmune diseases, may be triggered by changes in the microbial composition of the gut, according to a recent study by investigators at New York University.

There is a solid body of research indicating that intestinal bacteria affect the development and the severity of autoimmune disorders localized to the gut, such as inflammatory bowel disease (Mathis, D. eLife. 2013. doi:10.7554/eLife.01608).

What’s somewhat more surprising is that gut flora can also contribute to the progression of autoimmune conditions outside the intestinal tract. In one animal study, for example, Wu et al. found that autoimmune arthritis could be rapidly induced in previously healthy, germ-free mice by introducing segmented filamentous bacteria into their intestines (Wu, et al. Immun. 2010; 32(6): 815-827).

Following this line of thinking, Jose Scher and colleagues at the Hospital for Joint Diseases, NYU School of Medicine explored the impact of intestinal bacteria on the “systemic immune response required for joint inflammation.” Specifically, they examined the relationship between specific bacterial clades and rheumatoid arthritis development (Scher, et al. eLife. 2013. doi:10.7554/eLife.01202).

The remaining 28 samples were from healthy people without any form of arthritis.

In performing DNA analysis, the researchers discovered that one specific intestinal bacterium, Prevotella copri, occurred in significantly higher quantities in the fecal samples collected from the new-onset rheumatoid arthritis (NORA) patients than in all other patient groups.

P. copri was present in a striking 75% of NORA patients, and in these individuals, Prevotella tended to be highly predominant compared with other bacterial species.

In contrast, only 21.4% of the healthy controls carried this organism in their intestinal microbiota. The bug was found in just 11.5% and 37.5% of samples from chronic rheumatoid arthritis and psoriatic arthritis patient samples, respectively.

The NYU researchers further noted that in NORA subjects, an increase in Prevotella species was correlated with a reduction in beneficial microbes, especially Bacteroides, a key genus of bacteria that normally thrive in the human gut, especially in the Western world.

Further exploring the potential connection between Prevotella and increased inflammatory responses, Scher’s team then colonized a group of mice with a lab-grown P. copri strain.

They found that P. copri colonization in mice induced inflammation in the form of colitis, but not joint disease. They attributed the development of inflammatory bowel disease rather than RA to the fact that the mice were colonized with a different strain of P. copri than the one found in the human subjects.

It is not clear whether overgrowth of Prevotella is a triggering event for the inflammatory cascade that ultimately leads to RA, or whether the organism simply thrives in the context of systemic inflammation but is not in and of itself a causal agent.

What does seem clear is that a Prevotella-defined microbiome appears to promote inflammation in the context of a genetically susceptible host.

The connection between Prevotella and joint inflammation seems to be a T-cell mediated process.

The authors note that, “In RA, there is increased production of both self-reactive antibodies and pro-inflammatory T-lymphocytes. Although mechanisms for targeting of synovium by inflammatory cells have not been fully elucidated, studies in animal models suggest that both T-cell and antibody responses are involved in arthritogenesis. Moreover, an imbalance in the composition of the gut microbiota can alter local T-cell responses and modulate systemic inflammation.”

It is interesting that mice with genetic mutations that increase the risk of RA-like changes remain healthy if they are kept under sterile conditions. However, if these mice are exposed to certain species of bacteria sometimes found in the gut, they begin to show signs of joint inflammation (Ivanov et al., 2009; Sczesnak et al., 2011).

While the new study’s results cannot conclusively implicate P. copri as the cause of rheumatoid arthritis, they do support a compelling argument that P. copri may predispose both mice and men to chronic inflammatory conditions.

A predominance of segmented filamentous bacteria like Prevotella in an individual’s intestinal microbial ecology predisposes to a reduction in the number and the function if of anti-inflammatory regulatory T cells, thus predisposing the individual towards autoimmunity, the authors explain.

Though not conclusive, this line of research open the door to a new realm of possible treatment options for rheumatoid arthritis.

Conventionally, the disease is treated with pharmaceuticals with often severe and noxious side effects. Should further research confirm the connection between P. copri and rheumatoid arthritis, antibiotic treatments or the use of probiotics rich in beneficial bacteria could become viable alternatives.

At the very least, this new line of work points to the microbiome as a previously unrecognized etiologic factor in the onset of a common but poorly understood disorder.