How To Restore Gut Flora After Antibiotics

Antibiotics eradicate pathogenic infections and save lives — but in doing so, they also disrupt the integrity of the intestinal microbiome. While many physicians recognize the need for restoring a patient’s microbial balance following a course of antibiotic therapy, far fewer understand how to do this effectively.

According to Amie Skilton, ND, restoration of gut flora is both art and science. Done well, it can make a world of difference for patients. In some cases, it can even help patients overcome the illnesses for which the antibiotics were initially prescribed.

But it takes more than just recommending an off-the-shelf probiotic and hoping for the best.

The Centers for Disease Control reported last Spring that of the 154 million prescriptions for antibiotics written in doctor’s offices and emergency departments each year, 30 percent are unnecessary. Most of the extraneous prescriptions, the CDC found, were doled out for respiratory conditions caused by viruses like common colds, viral sore throats, bronchitis, and sinus and ear infections, which do not respond to antibiotics. Use of these drugs “put patients at needless risk for allergic reactions or the sometimes deadly diarrhea, Clostridium difficile.”

Further complicating the picture is the reality that antibiotics aren’t only dispersed from doctor’s offices; they’re also fed liberally to livestock and sprayed extensively on produce, leaving minute but biologically active traces in the foods that humans then consume. 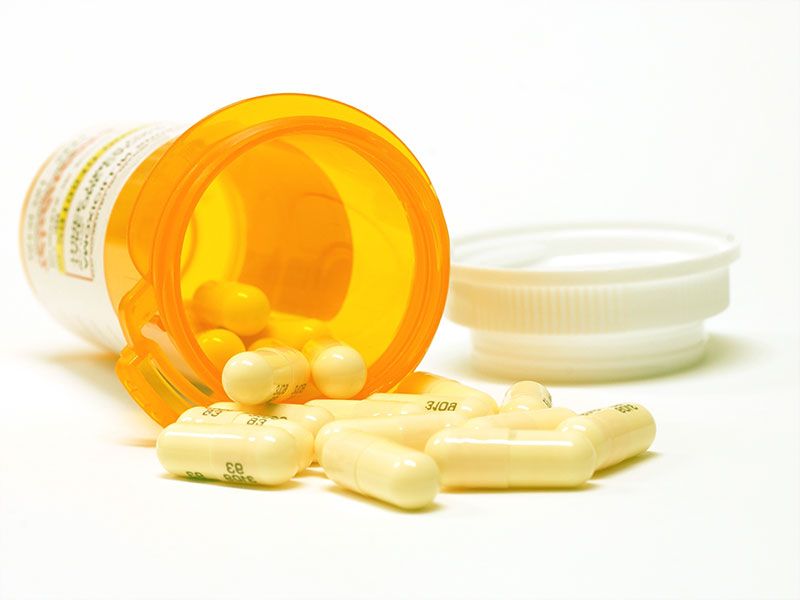 As antibiotics kill off infection-causing microorganisms, they also non-selectively destroy communities of beneficial gut bacteria, weakening the stability of the intestinal microbiome. This wholesale destruction can be massive; experimental data collected from a study using qPCR indicate up to a 10-fold reduction in bacterial isolates immediately after treatment with antibiotics (Panda, S. et al. PLoS One. 2014; 9(4): e95476).

In a webinar sponsored by Holistic Primary Care and Bioceuticals, she outlined the myriad impacts of antibiotics on the human microbiome, noting that not all antibiotics are equally destructive to gut bacteria.

The degree to which these drugs damage intestinal microbiota depends on drug type, treatment duration, and frequency of use, Skilton said. Certain antibiotics, for instance, trigger a greater release of endotoxins and cytokines than others. Higher daily doses are more impactful. Prolonged use of high-dose antibiotics can cause extreme damage to the microbiome that may take years of restorative therapy to reverse, if it can be reversed at all.

And contrary to common belief, intravenous antibiotics can have the same negative impact on gut flora as oral drugs. “For a long time it was thought that IV drugs would bypass the gut and not have the same impact. We now know this is not true.”

The timing of antibiotic delivery also makes a difference. Individuals who frequently use antibiotics early in life are more vulnerable to many types of illness as they age. In a paper published earlier this year, researchers demonstrated an association between antibiotic use during infancy and subsequent poor neurocognitive outcomes, suggesting that antibiotic consumption in a patient’s first year of life was associated with small but statistically significant differences in cognitive, behavioral, and mood measures during childhood (Slykerman, R. et al. Acta Paediatr. 2017; 106(1): 87–94).

Antibiotics can trigger the release of toxic lipopolysaccharides (LPS), large molecules found in the outer membranes of pathogenic Gram-negative bacteria. Some suggest that antibiotic-induced LPS release may contribute to the development of septic shock in patients treated for severe infections caused by Gram-negative bacteria. Others have demonstrated that LPS triggers an immune response by releasing inflammatory cytokines, a problem that worsens after antibiotic treatment, noted Skilton in her webinar (Wu, T. et al. Toxicol Lett. 2009; 191(2-3): 195-202).

From a pathogen’s point of view, production of LPS is a survival strategy. These molecules interact on cell surfaces to form a barrier, preventing the antibiotics and other hydrophobic compounds from entering and allowing Gram-negative bacteria to live even in harsh environments (Zhang, G. et al. Curr Opin Microbiol. 2013; 16(6): 779–785).

How to Restore the Flora

Probiotics are one aspect in a comprehensive strategy to restore gut flora following antibiotics. Given the microbial diversity of a healthy gut ecosystem, Skilton recommends using products that contain many different species of beneficial microbes rather than “monocropping” with one or two single strains.

As a general rule, she advises one month of probiotic treatment for every week that a patient was on antibiotics. Those who have been on prolonged continuous antibiotic regimens, will likewise need long-term restoration. She stressed that for most people,  there are no health risks associated with extended probiotic supplementation.

Patients receiving IV antibiotics should also take commensal probiotics. Some clinicians who are aware of this issue will start the probiotics as early as four hours after a dose of IV antibiotics.

People who have been on long-term or multiple courses of antibiotics typically show a severe erosion of the glycocalyx that normally coats the  intestinal microvilli. This is usually accompanied by a loss of brush borders and a marked reduction in secretory IgA production. 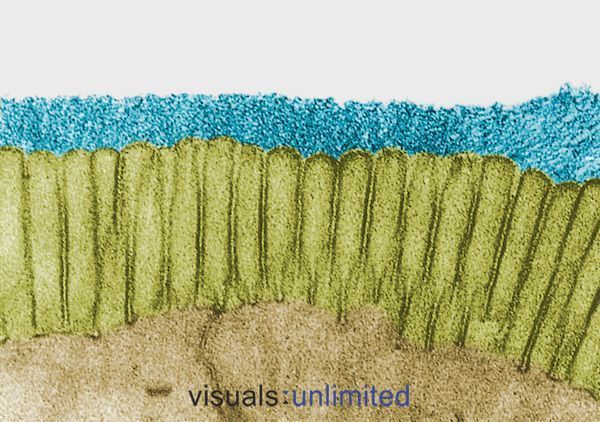 In some cases, these changes are caused by the effects of antibiotics themselves. In others, they reflect the impact of the infection for which the antibiotics were prescribed. Either way, the effect is the same: establishment of a microenvironment that is hospitable to opportunistic pathogens like Candida, but increasingly difficult for normal commensal bacteria.

Without a healthy glycocalyx, organisms like Lactobacilli and Bifidobacilli have great difficulty establishing themselves. In this context, supplementation with ordinary probiotics will usually fail.

“Even if you recommend the best probiotics in the world, theres’ no way for them to stick and colonize if the glycocalyx is eroded,” Dr. Skilton explained. “You can actually exaggerate the GI symtoms by giving probiotics, if the there’s loss of ability to produce glycocalyx.”

To restore a healthier microenvironment in these cases, you need to leverage the unique characteristics of Saccharomyces boulardii, an antibiotic-resistant, probiotic yeast originally isolated from lychee fruit in Indochina. Though not a true commensal organism, S. boulardii is a potent inducer of glycocalyx production and IgA secretion. It also stimulates brush border enzymes, and promotes polyamine production, which feeds the intestinal microvilli and can be helpful for healing ulcerative colitis, Crohn’s disease, and irritable bowel syndrome.

S. boulardii is able to work in the context of highly pathogenic antibiotic-resistant bacteria like Clostridium difficile and has actually been used as a preventive therapy against C. difficile–associated diarrhea (Goldstein, E. et al. Clin Infect Dis. 2015; 60 (suppl_2): S148-S158). S. boulardii may reduce some of the toxic effects of enterotoxin A by inhibiting toxin A-receptor binding and preventing the formation of enterotoxin B.

But the most remarkable thing is it’s ability to quickly colonize the damaged endothelium and displace pathogenic yeasts while simutaneously creating a healthier microenvironment for commensal bacteria. “S. boulardii actually forces a physical evacuation of the Candida,” said Dr. Skilton noting that it is specifically active against 7 out of the 8 most common pathogenic Candida species. The one exception is C. tropicalis.

“Think of the situation like the aftermath of a hurricane hitting a village. The antibiotics are the hurricane. S. boulardii is like the contractor that comes in and repairs the damage to the village. You can then repopulate the village with commensals.”

For patients who’ve been on long-term antibiotics, begin slowly with one capsule (250 mg) per day for 3-4 days, then increase to two per day for another 3-4 days, and then increase in a similar step-wise pattern up to four per day (1000 mg) that should be continued for the remainder of a 4 week period.

S. boulardii is very safe, and the only true contraindication is in patients with true IgE-mediated reactions to yeasts, manifesting as anaphylaxis or 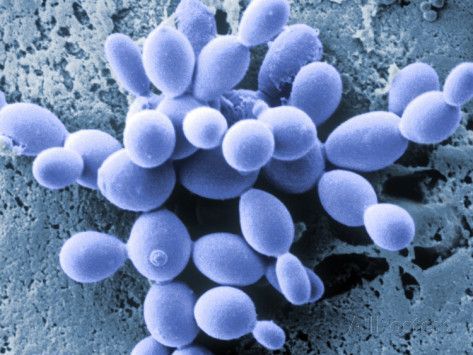 hives. That said, it is important to be aware that in the first few days of taking S. boulardii, some patients may experience a noticeable “bowel flush” as the probiotic yeast displaces the Candida species. Candidal die-off can also make people feel ill. It is best to advise patients of these possibilities beforehand, so they’re not surprised if they occur.

According to Dr. Skelton, in 9 out of 10 patients, four weeks of intensive S. boulardii supplementation is siffucient to restore a healthy glycocalyx layer and induce adequate IgA secretion. This then sets the stage for a much more effective round of restoration with a multi-strain probiotic.

Bioceuticals has designed a product specifically for use after antibiotics. Called BioFloractiv 500, it contains 500 billion CFUs, 12 species, and 14 strains of beneficial bacteria. Dr. Skilton recommends a maximum of 14 days, though one week of daily therapy is sufficient for most, according to Skilton.

Patients with irritable bowel syndrome or Crohn’s disease, however, may need longer-term support to rebuild a healthy microbiome after taking antibiotics.

Probiotics are just one part of the picture. And if a patient cannot tolerate any type of probiotic, its a red flag that a patient’s immune system is not functioning properly.

“You first need to address any aspects of the nervous system, especially sympathetic dominance, that may be affecting the digestive tract,” said Dr. Skilton. She has found fish oil, zinc, vitamin A, and colostrum to be of value in many cases. The latter, “is really good for restoring sIgA. Do this for a week or so before even trying probiotics.” Slippery Elm and glutamine supplements can also be helpful in some cases.

Plant-based medicnes like oregano oil, tea tree oil, or pau d’arco extract may be helfpul in ridding the GI tract of pathogenic yeast. But Dr. Skilton stressed that these will do nothing to stimulate sIgA production, and chronic yeast infections are almost always associated with low IgA.  These natural yeast-busters should never be used at the same time as S. boulardii; this “friendly” yeast is just as vulnerable to things like oregano and tea tree as the pathogenic yeasts.

A number of probiotic and prebiotic foods can aid the process of gut restoration. Tom O’Bryan, DC, founder of the Gluten Summit and the Certified Gluten Practitioner training program, recommends several foods to eat — and several to avoid — when rebuilding the gut after antibiotic treatment.

“When your gut has been compromised, you don’t want to tax your gut,” O’Bryan says. “Taxing” foods include wheat, dairy, sugar, unhealthy fats, and fried items. These foods, he notes, “throw gasoline on the fire” of a recovering intestinal system.

On the other hand, one should eat plenty of foods that promote the growth of healthy commensal organisms. O’Bryan recommends organic stewed apples, cooked until soft and shimmery, as one good option. Cooking apples, he explains, releases pectin — a soluble fiber that provides fuel for beneficial bacteria.

The pectin present in stewed apples can also help to heal a damaged intestinal lining and seal off the tears in a leaky gut, preventing large food molecules from slipping through.

Similarly, collagen helps to seal a leaky gut. O’Bryan also encourages patients recovering from antibiotic treatment to eat chicken bone broth, a good source of collagen, which also acts as a natural prebiotic, feeding the healthy bacteria in the gut.

Butyrate — a natural substance made in the intestine — is another important player in gut bacteria restoration. O’Bryan explains that the cells lining the inside of the gut reproduce rapidly and that butyrate fuels the rebuilding of new cells. Insufficient butyrate production and a slow turnover of intestinal cells make the body more vulnerable to the development of cancer cells, resulting in a higher risk of colon cancer.

An array of prebiotic fruits and vegetables, including foods bananas, sweet potatoes and other tubers help to rebuild the gut microbiome, providing insoluble fiber that feeds good — but not harmful — bacteria.

Fermented, unpasteurized vegetables like sauerkraut, kimchi, and fermented beets, are another excellent source of natural probiotics. Every vegetable produces different families of beneficial bacteria during fermentation, O’Bryan notes, encouraging patients to eat one forkful of fermented vegetables twice a day. “The key to health in your gut is the diversity of your microbiome,” he argues, pointing out that thousands of different families of bacteria live and interplay in the gut with wide-ranging impacts on our health.