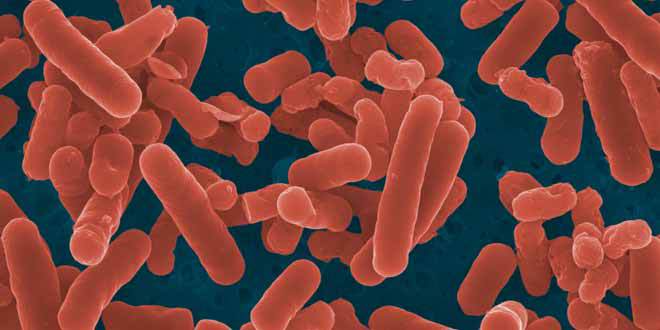 Findings from a new study on celiac disease challenge the prevailing belief that strict gluten avoidance is the only effective approach to managing the condition.

Researchers at Sweden’s Lund University showed that certain strains of probiotic bacteria have a suppressive effect on celiac autoimmunity that can delay the onset of the disease in at-risk children.

The investigators found that daily supplementation with a multi-strain lactobacillus probiotic significantly reduced the levels of celiac-related antibodies in kids with genetic predispositions to the disease — despite their continued consumption of foods containing gluten.

For the estimated three million Americans living with celiac disease (CD), these promising results could shape the future of not only celiac disease treatment, but of prevention as well.

“To our knowledge, this is the first time a probiotic study has been performed on this specific population,” said Lund University’s Daniel Agardh, MD, PhD, who headed the research team. The data, which they presented in September, at the International Celiac Disease Symposium in New Delhi, India, “show immune-supporting properties of these probiotics as well as a potential preventive effect on the development of CD,” he added.

Agardh’s group looked at the effects of two proprietary strains, Lactobacillus plantarum Heal 9 and Lactobacillus paracasei 8700:2, produced by Swedish supplement company Probi AB, on celiac disease autoimmunity. The randomized, double-blind, placebo-controlled trial involved 78 asymptomatic children aged three to seven years, who were deemed to be at increased risk for developing celiac disease owint to the presence of autoimmune markers associated with the disorder.

Much of the research on probiotics in celiac disease focuses on their potential as a therapy to manage existing disease symptoms. The Lund trial is the first to suggest the possibility that probiotics can be used to prevent celiac disease.

All of the kids had two consecutive blood samples that tested positive for tissue transglutaminase autoantibodies (tTGA), taken at least three months apart. They were randomized to take either a probiotic delivering both Lactobacillus strains or a placebo once daily for six months. They did not make any dietary changes, and were encouraged to continue to eat their usual gluten-containing diets.

Prior data from both human and animal studies showed that the selected bacterial strains support immune system health and confer “synergistic effects on reducing pro-inflammatory responses in vivo” at doses of 109 CFUs, explained Gun-Britt Fransson, PhD, Vice President Research & Development at Probi. Notably, the present study is the only one as of yet designed to test a larger dose of 1010 CFUs, Fransson added.

“The interpretation of this finding is that the probiotics can delay the onset of celiac disease — and may even prevent the development of the disease,” Fransson proposed.

Currently, the sole approach known to lessen celiac disease symptoms is a stringent, life-long, gluten-free diet, which, Fransson stated, “seriously affects and complicates everyday life.” Therefore, she argued, “giving clinically documented probiotics as a prevention to anyone at risk for developing the disease, which is easy and not too costly, would be highly beneficial.”

Not long ago, scientists first hypothesized that the intestinal microbiota has an influence on celiac disease etiology, leading to the theory that probiotics can serve as a useful adjuvant in the management of gluten intolerance. Today, that theory is gaining traction — not just within medical research circles, but among key supplement industry players as well.

“We see a growing interest in children’s probiotics,” said Probi CEO Peter Nählstedt. The Lund University study, he says, supports the use of probiotics to lower celiac risk, and will, “enable Probi to build a product platform for children.”

Several other recent studies further highlight the potential utility of probiotics as a celiac disease therapy.

A 2016 paper in the journal, Digestive Diseases and Sciences, showed that when compared to healthy subjects, patients with celiac disease have reduced levels of beneficial bacteria and elevated amounts of potentially pathogenic microorganisms in their intestinal microbiota.

As a group, celiac sufferers generally exhibit gut dysbiosis, increased intestinal permeability, and immune system disorders. While going gluten-free alleviates gut dysbiosis in some patients, many others will continue to experience symptoms of dysbiosis even after removing grains and other gluten-containing products from their diets. The authors argue that the intestinal microbiota likely plays a significant and independent role in celiac disease pathogenesis (Marasco, G. et al. Dig Dis & Sci. 2016; 61(6): 1461–1472).

For individuals with celiac disease, certain microorganisms appear to be more efficacious than others in balancing the intestinal flora. There is evidence that species belonging to the genera Lactobacillus and Bifidobacterium in particular convey protective benefits to celiac patients. They exert anti-inflammatory effects as well as “protective properties on epithelial cells from damage caused by gliadin” (Morales, L. et al. Clin Microbiol Rev. 2014; 27(3): 482-489).

In a 2017 literature review of studies exploring probiotics to treat celiac disease, Coqueiro and colleagues note that the “therapeutic effects of probiotics in celiac disease are associated with an improvement in the intestinal microbiota and inflammatory conditions, attenuating the immune response and, generally promoting intestinal health.”

Bearing in mind that the amount of scientific data on this subject is fairly limited, the research that does exist shows that using probiotics and enzymes in food production also benefits patients by reducing gluten toxicity, allowing celiac patients to consume foods that would otherwise trigger symptoms. However, the authors stress that probiotics “should be applied as an adjunct in celiac disease treatment.” They are not a substitute for a gluten-free diet, which remains essential to effectively treat the condition (Coqueiro, A. et al. Int J Probi & Prebi. 2017; 12(1): 23-32).

Much of the research on probiotics in celiac disease focuses on their potential as a therapy to manage existing disease symptoms. The Lund trial, which has not yet been published, is the first to suggest the possibility that probiotics can be used to prevent celiac disease. Clearly more research is needed, but the initial signals are promising.

Practitioners looking to recommend probiotics to celiac patients should seek out products with documented clinical benefits for human health. “I would look for a probiotic shown to strengthen the intestinal barrier function, strengthen the immune system and reduce the pro-inflammatory response,” urged Probi’s Fransson.

If current research trends continue, we will likely see the emergence of probiotic supplements designed specifically to prevent celiac disease.