Are you or aren’t you gluten sensitive? It seems like the million dollar question these days—one that an awful lot of patients are asking themselves.

The official estimate is that about 1% of the US population suffers from true celiac disease, while anywhere from 0.6 to 6% of 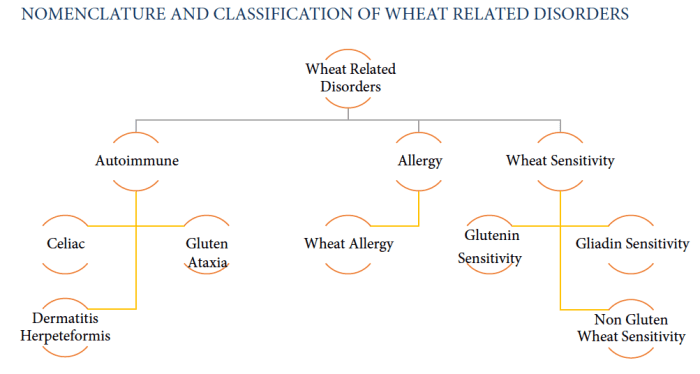 all Americans have non-celiac gluten sensitivity. Those may not sound like big percentages, but in real world terms it means that as many as 19 million people have symptoms that may—or may not—be triggered by reactions to gluten.

The issue is compounded by the fact that “gluten” is not really just one protein—it is actually a complex of different storage proteins. Further, there are other non-gluten proteins and protein complexes in wheat and other grains that can also trigger autoimmune reactions.

How are we, as clinicians, supposed to figure out which patients really do need to go gluten-free or totally grain-free?

Back in 2015, with an eye toward answering this vexing clinical question, a California company called Vibrant America Clinical Laboratory released a test—or we should say series of tests–called the Wheat Zoomer.

The company states that this new blood-based test can detect wheat sensitivity, particularly in cases where a patient shows persistent signs and symptoms suggestive of gluten intolerance, but the standard celiac test comes back negative for gluten sensitivity.

Cat Simmons, RD, a Colorado dietitian who serves as a clinical educator for Vibrant America, describes the Wheat Zoomer as “6 tests in 1” with a short turnaround time, reducing the overall cost of the workup.

Another unique feature is that it provides a total measure of IgA and IgG, which are often low in people with gluten sensitivity (though the fact that 10% of the general population may have a genetic IgA deficiency may confound the results). Vibrant has developed a proprietary algorithm to generate individual assessments based on the raw immunological data.

The Wheat Zoomer is part of a suite of tests Vibrant offers. These include: the Gut Zoomer, which the company describes as a “selfie of your gut microbiome,” the CardiaX genetic panel for CVD risk, and a food sensitivity panel assessing reactivity to 96 common foods.

The method behind the Wheat Zoomer may be unfamiliar to many practitioners, though microarray technology (also known as DNA microarray or DNA chip or biochip) has been used for decades. It is used to measure the expression levels of a large number of genes simultaneously or to genotype multiple regions of the genome.

Microarray technology has previously been used to detect DNA or RNA, specifically in cancer research, and more recently to identify peptide epitopes. This was once thought to be too costly and labor-intensive to be clinically feasible. But like many aspects of technology, that has changed a lot in recent years.

The Mayo team overlapped peptide sequences of all native and deamidated gliadins known to trigger celiac disease, and used the array to identify peptide epitopes. After running exhaustive statistical analyses, they concluded that, “the final discontinuous epitope sets were tested in a confirmatory cohort of celiac disease patients and controls, yielding 99% sensitivity and 100% specificity.” (Choung RS, et al. PLoS One. 2016).

There are already several well-established proprietary gluten and wheat sensitivity tests available, including the Wheat/Gluten Proteome Reactivity & Autoimmunity and the Gluten-associated Cross-Reactivity arrays from Cyrex Laboratories.

Is Vibrant’s whiz-bang new kid ready to play ball with the pros?

Too Good to Be True?

Aristo Vojdani, PhD, the founder and chief scientific advisor of Cyrex Laboratories and a pioneer in the field of autoimmune testing, is—not surprisingly—somewhat critical of the Wheat Zoomer.

He acknowledged that Vibrant’s microarray testing technology does cut test costs somewhat, but he also believes that this technology focuses on image quality over data quality. The up front cost savings can be at the expense of downstream accuracy.

He also stresses that Vibrant’s test panel excludes the gliadin transglutaminase complex, one of the most important early markers of celiac disease. This can sometimes be elevated 7 years before the disease manifestation.

According to Dr. Vojdani, the hallmark of every assay is the purity of the antigen. The more pure the antigens, the better the outcomes. He stressed that each lab should be clear about their standard operating procedures and their methods for validating antigens, something toward which Cyrex puts great effort.

Vibrant America declined to respond to the concerns raised by Dr. Vojdani, despite multiple requests for input.

Tom O’Bryan, DC, a gluten sensitivity pioneer who has evaluated both the Cyrex and Vibrant tests, and who founded the Certified Gluten Practitioner advanced training program, believes the Wheat Zoomer does add value to the gluten assessment equation.

He noted that while the Cyrex Array #3 looks at 10 peptides associated with wheat, the Zoomer looks at 29. “There are fewer false negatives when you look at more antigens.”

O’Bryan added that the Wheat Zoomer includes actual measurements of zonulin levels, in accordance with the reaerch work done by the pioneering permeability researcher, Dr. Alessio Fasano. Other labs quantify antibodies to zonulin, but not the zonulin itself.

“From an Immunologist’s point of view, if you have elevated antibodies to zonulin, actinomyosin, or LPS, you’re likely to have pathogenic intestinal permeability. I personally agree with that,” O’Bryan told HPC. “But when the vast majority of the literature measures zonulin levels & not antibodies to zonulin, in my opinion the clinician is getting a more accurate evaluation when zonulin levels are included.”

He strongly believes that practitioners and patients alike need to stop relying on guesswork when it comes to assessing symptom patterns suggestive of gluten sensitivity. Good tests are available, and you need to use them.

“It doesn’t matter how you feel or think, it matters what your (immune system’s) armed forces say is going on in your body. So it is critically important to use the most accurate tests you can find to read the body’s dashboard and temperature gauges.”

Predictive autoimmune testing can provide a deeper understanding of what’s going on with a patient by detecting antibodies that often appear up to 10 years before onset of symptoms and disease. Measuring specific antibodies, including those to the different gluten proteins, can help determine if someone is non-celiac gluten-sensitive. Appropriate testing can even predict specific organ system involvement, tissue damage, and possible disease flares

“Through a simple blood test looking for antibodies, you can tell exactly where the problem may lie”, Dr. O’Bryan told Holistic Primary Care.

Conventional labs do offer limited gluten testing, but these tests fail to assess 50% of all gluten-related and non-gluten protein triggers. Fortunately, with advances in molecular immunology clinicians now have more tools to help patients read their physiological dashboards more accurately.

In a world full of game players, is the Wheat Zoomer test a game changer? It remains to be seen.

Let’s face it: the human body is complicated. The more tools we have to read what’s going on inside. This can help us all move closer to our end goal of health and happiness.

Labs that use accurate, cost-effective, ultra high-density peptide microarrays can add value in clinical care and clarify the pathogenesis of celiac and non-celiac gluten sensitivity. They may soon play a role in assessing other immune diseases as well.

In their landmark article on wheat protein microarrays, Choung and colleagues note: “The relative noninvasiveness, broad availability, and versatility of the high-throughput peptide microarrays make this technology well suited for incorporation into routine health care and also provide a promising new tool for biomarker discovery.”

With the Wheat Zoomer and its other test options, Vibrant America hopes to put this tool in our clinical pockets.

“If we can identify the autoimmune mechanism years before tissue damage is extensive enough to produce symptoms, then we have the opportunity to arrest the development of the disease,” Dr O’Bryan stresses. “The world of predictive autoimmunity is a critical tool for all practitioners to consider in the evaluation of patients who desire long-term health and are willing to address underlying pathology before it progresses to disease”.

Madiha Saeed, MD is a holistic family physician in Naperville, IL. She trained at National University of Science and Technology and completed her residency in 2010 at St. Joseph Regional Medical Center. She is board certified in both Family Medicine and Integrative Holistic Medicine, and has a particular passion for women’s’ health and family health issues. A busy mother of four young boys, Dr. Saeed shares her “walk the talk” nutrition & lifestyle tips and her lively “bring it on” spirit with families worldwide via her HolisticMomMD website, and her forthcoming book, “The Holistic Rx: Every Patient’s Guide to healing and Preventing Chronic Disease.”