Environmental Toxins: A Hidden Factor in the Obesity Epidemic

For good reason, we have become a nation obsessed with weight. We now have weight loss programs of all types and we are inundated with information from the media about trimming our waistlines.  With all of this attention, one would think that obesity would be on the decline. Clearly it is not.

It may be that we’re focused on the wrong thing.

For decades, the prevailing thought has been that Americans are obese because we eat and drink too much, exercise too little, and are destined by genetics to gain weight.  Even though these are factors, emerging science is pointing to another equally important driver of the obesity epidemic: the change in our environment and the prevalence of toxins that adversely affect metabolism.

A better reckoning with environmental factors could help us understand a phenomenon we’ve all observed in clinical practice: the individual who simply cannot lose weight despite diligent adherence to appropriate dietary regimens, vigilance against over-eating, and careful attention to food choices and regular exercise.

The old rule of “calories in, calories out” simply doesn’t apply to many individuals: something other than caloric consumption and burn rates is affecting their metabolism. 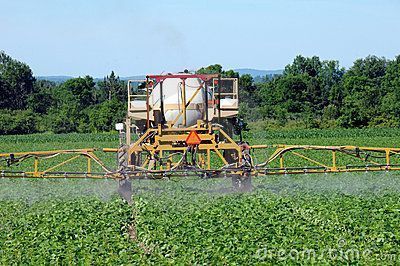 More than 80,000 chemicals are currently used in U.S. commerce,4  with 22,000 of these being introduced in the last four decades.5  Only 200 of these chemicals have been tested for safety, and only five are partially regulated through the Toxic Substances Control Act.4  Yet dozens of studies have shown the deleterious effects of these environmental pollutants, pesticides, plastics, and food additives.6

The CDC regularly assesses Americans’ exposure to environmental chemicals through the National Health and Nutrition Examination Survey (NHANES).  Its fourth report (published in 2009) found there was “widespread exposure” among study participants to industrial chemicals, such as flame retardants.7 Bisphenol A (found in plastics) and perfluorooctanoic acid (found in non-stick coatings) were also present in most of the participants’ blood and urine samples.7

The EPA also conducted a study on the US population’s exposure to toxic chemicals.  Run from 1970-1989, this study tested adipose tissue, because many chemical toxins are fat-soluble and will accumulate in this kind of tissue. The survey documented a “significant prevalence of pesticide residues in the general population”8 of all ages.9-10

Our “culture of chemicals” even affects newborns. In 2004, the Environmental Working Group led a study that examined umbilical cord blood from 10 babies at U.S. hospitals.11 They found at least 287 chemicals in the cord blood, including pesticides, flame retardants, perfluorochemicals, and waste from burning coal, gasoline, and garbage.11

Looking at these study results, it is easy to conclude that we are all carrying a significant toxic load.  Because toxins are stored in adipose tissue, overweight and obese individuals are carrying an even greater toxic burden than those who are lean.

A new understanding has emerged in the past few years that this burden of toxicity may explain the rise in obesity, and the problem that many people have with losing weight.

Researchers have found that certain environmental chemicals act as endocrine disruptors that alter fat production and energy balance, leaving some people more susceptible to weight gain.12-16 These compounds work in different ways. Some alter adipogenesis—the process of creating fat cells—causing people to have a greater numbers of fat cells, a larger size of their existing fat cells, or abnormal fat cell distribution.15  Other toxins alter levels of the appetite-regulating hormone leptin, or  increase the activity of estrogen.13,15

One of the first statements of this toxin-obesity hypothesis emerged from a meta-analysis published in 2002 in the Journal of Alternative and Complementary Medicine.12 The author concluded that the obesity epidemic can’t entirely be explained by changes in food intake, exercise, or even genetics.

She argued that calorie consumption has actually declined throughout the 20th century and that decreases in physical activity do not statistically correlate with the extreme rise in obesity in the past few decades.12 Concluding that human exposure to chemicals “may have damaged many of the body’s natural weight-control mechanisms,” she noted that this impact, “may play a significant role in the worldwide obesity epidemic.”12

Another seminal article examined specific cases where an association had already been shown between environmental chemical exposure and obesity13—such as studies linking childhood obesity with maternal smoking during pregnancy.17-18 The author also highlighted the potent endocrine-disrupting capabilities of tributyltin, a chemical compound that causes female marine invertebrates to take on male sex characteristics.19-20

The altering of fat cells and the disruption of hormone levels are just two of many mechanisms by which environmental toxins can act as endocrine disruptors. They can also increase inflammatory cytokine activity, cause oxidative stress, and impact energy metabolism.

A paper published in Obesity Review in 2003 looked at the effects of organochlorines (pesticides and plastics) on metabolic rate and weight regulation.21 The authors reviewed 63 studies and found many mechanisms related to weight loss resistance.  Primarily, they noted that organochlorines, “have been associated with altered immune and thyroid functions, particularly decreased triiodothyronine (T3) concentrations.”21

Furthermore, some herbicides induce hormonal shifts, leading to estrogen excesses and increased fat deposition. These herbicides, including the widely used atrazine, induce aromatase activity by as much as 250%.22 Aromatase is the key enzyme involved in converting androgens to estrogen.

Why Can’t I Lose More Weight?

Many people who are trying to lose weight find that they can lose the first 20 or 30 pounds, but then hit a plateau where it is difficult to lose more. Part of this problem stems from the fact that when people do lose weight, toxins stored in fat tissue are released into circulation.

An increase in toxic load during weight loss—added to an already-substantial toxic burden—can create an inflammatory cascade that inhibits the body’s inherent, highly sophisticated detoxification system.23 This inflammatory process can also deplete reserves of glutathione, an important antioxidant, which alters the liver’s detoxification efficiency.23-25

In order to support healthy weight loss and lower the toxic load, we need to ask whether these released toxins can be effectively neutralized, so that they don’t compromise metabolic and hormonal mechanisms?

This may seem like a vicious cycle—the body gains weight because it’s natural metabolism has been disrupted by chemicals, but the process of losing this weight only releases more chemicals to further alter the body’s natural functions.

The important leverage point here is that we can increase the efficiency of liver detoxification. Targeted use of a specialized array of nutrients that act as cofactors for phase I and phase II liver detoxification, can support the liver’s detoxifying abilities while at the same time providing antioxidants to deal with oxidative stress.

Herbs such as milk thistle, dandelion root, and gotu kola; dietary fibers like inulin, and nutrients such as vitamin C, bioflavanoids, B vitamins, and amino acids—to name just a few—should be included as supplemental detoxification support.

A low-allergenic, whole foods diet can also support the body’s natural detoxification processes by reducing immune system activation. Since weight gain is an inflammatory process, it is essential to lower the inflammatory load in the diet, not just by reducing the amount of chemical toxins consumed, but also by eliminating the most allergenic foods. This, in turn, lowers systemic inflammation and improves metabolic efficiency.

People can also lower their toxic load through specific lifestyle changes. Some of these include detox baths, skin brushing, drinking filtered water, and changing to stainless steel (rather than coated “non-stick”) cookware. I also recommend switching to more natural, allergen-free household and personal care products.

Self-care cannot be overlooked—developing healthy sleep habits, adding relaxation to the daily routine, and engaging in physical activity all allow for more effective detoxification and improve overall quality of life.

A well-designed detoxification program should not only foster short-term weight loss, but also encourage long-term lifestyle and dietary changes.

The benefits of weight loss cannot be overstated—a reduction in risk for heart disease, obesity, diabetes, and cancer.  Yes, we must address the issues of overeating, lack of physical activity, poor food choices, and genetic metabolic issues. However, we can no longer ignore the impact of environmental toxins on weight loss, weight gain, and obesity.

What this means for the clinical picture is to develop and undertake strategies to reduce the toxic burden and optimize detoxification capacity. I have found over the years that a dietary and lifestyle-based detoxification program can produce dramatic shifts in body composition, along with better blood sugar balance, healthier lipid levels, and improved liver enzyme function. People who had previously been unable to lose weight may find that they’re able to break through the weight loss resistance.

Ms. Clark owns Universal Wellness Associates, a holistic nutrition and wellness practice located in Fair Oaks, California. For the past six years, she has conducted seminars throughout the Western United States as a speaker for Apex Energetics™. She is the author of a booklet called Gluten-Free Life, which is distributed to healthcare professionals across the country. She has also developed the Detox 360™ diet and lifestyle program, distributed by Apex Energetics.