Oregano, a favorite in kitchens worldwide, is also becoming a favorite among researchers 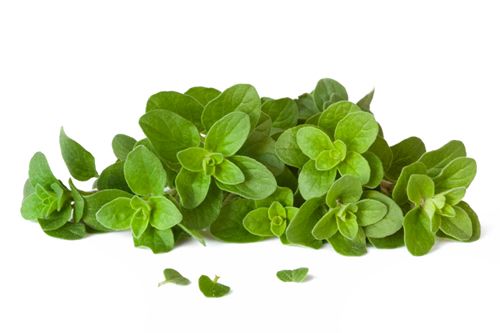 The aromatic herb has a long legacy in traditional medicine from Europe, the Middle East and Central Asia. Hippocrates recommended it as an antiseptic and a treatment for gastrointestinal and respiratory ailments.

Biochemical analysis shows the various species making up the Origanum genus to be among the worlds richest plants in phenolic and flavonoid compounds. A spate of recent research from labs all over the world is underscoring the antibacterial and antifungal potential of essential oils distilled from oregano.

A team at Kumaun University, Uttarakhand, India, showed that essential oil of Origanum vulgare was able to inhibit Aspergillus flavus and A. niger. The former, known for its lethal aflatoxin, is a major contaminant in peanuts. The investigators identified monoterpenes like p-Cymene and thymol as the key antifungal compounds among the 33 identified biochemical constituents of the essential oil (Bisht D, et al. Nat Prod Res. 2011 [Epub ahead of print]).

A Greek team at the Democritus University of Thrace, pitted essential oils from Oregano and 7 other indigenous Greek herbs, against clinical isolates of Staphylococcus aureus. They found that oils from Origanum vulgare and O. dictamnus were active against S. aureus when tested by disk diffusion, though the minimal inhibitory concentration values were fairly high at 256 mg/L (Alexopoulos A, et al. Anaerobe. 2011 Apr 16. [Epub ahead of print])

While they stopped short of suggesting a clinical role for Oregano oil in preventing or treating S. aureus infections, they called for further research into this possibility, given the rising incidence of S. aureus infections, the organism’s increasing resistance to conventional antibiotics, and the promising work using essential oils to combat food-borne strains of S. aureus.

Last year, Brazilian researchers showed that essential oil of O. vulgare could completely suppress enterotoxin production by S. aureus, even at concentrations too low to inhibit the growth of the organism itself. “O. vulgare essential oil could be rationally applied in food products both to inhibit the growth of S. aureus and to suppress the synthesis of staphylococcal enterotoxins,” concluded the authors, based at the Federal University of Pernambuco, Recife (de Souza EL, et al. Int J Food Microbiol. 2010; 137 (2-3); 308-11.

Oregano is certainly not the only plant with antimicrobial properties, but it appears to be among the strongest. Investigators at the Wageningen University, Netherlands, compared the essential oils from 10 popular herbs (Oregano, Lavander, Chamomile, Peppermint, Spearmint, Sage, Basil, Thyme, Bitter Orange, and Lemon) against an array of human pathogens including Enterobacter, Pseudomonas, several species of Salmonella and S. aureus.

“The highest and broadest activity was shown by O.vulgare oil,” they reported. Among the specific antibacterial compounds isolated from the various oils, carvacrol—found in high concentrations in Oregano—had the highest antibacterial activity (Sokovic M, et al. Molecules. 2010;15(11): 7532-46).