According to a recent study in the New England Journal of Medicine, the addition of this cannabis-derived compound vastly improved seizure control, and increased the efficacy of conventional medications.

At present, there are no anti-epileptic drugs specifically approved for Dravet in the United States, underscoring the tremendous need for alternative treatment options. The new study, by the international Dravet Syndrome Study Group, adds to a growing body of promising research pointing to CBD as a potential natural therapy for this and other seizure disorders. 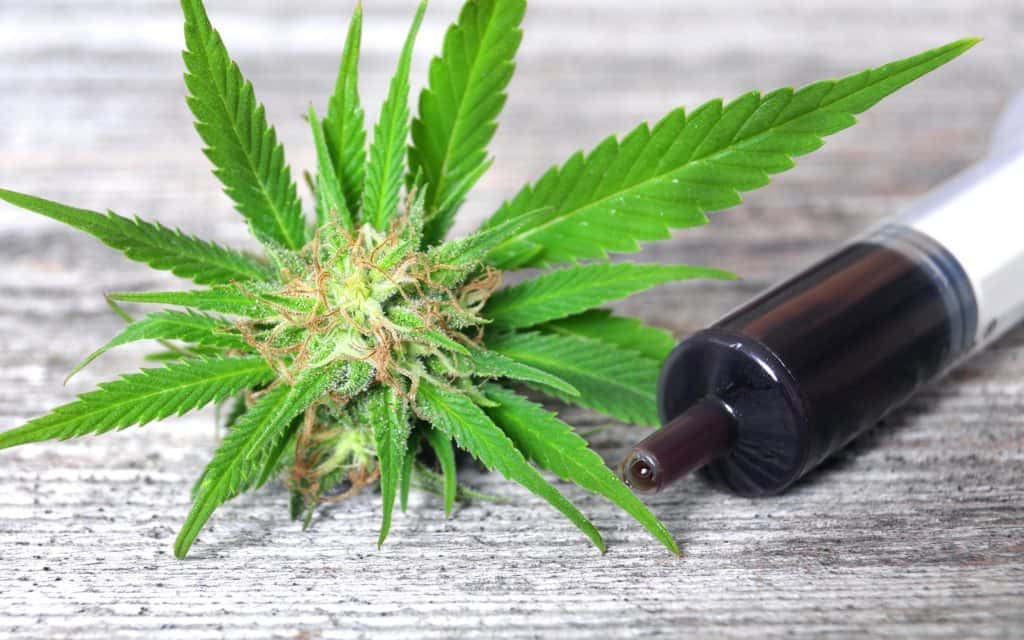 At the study’s onset, all participants experienced frequent seizures–four or more convulsive episodes per day– despite following standard antiepileptic treatment protocols. Prior to this trial, these kids had tried a median of four different antiepileptic drugs, and were actively using a median of three. The most commonly used drugs were clobazam, valproate, stiripentol, levetiracetam, and topiramate.

The Devinsky-Cross team, based at 23 health centers across the US and Europe, employed a study design consisting of a four-week baseline period, a 14-week treatment period (two weeks of dose escalation plus 12 weeks of dose maintenance), a 10-day taper period, and a four-week safety follow-up period (Devinsky, O. et al. N Engl J Med. 2017; 376(21): 2011-2020).

The researchers randomized patients into a cannabidiol treatment group, which received a daily dose of 20 mg CBD per kg body weight per day, or a placebo group. All patients continued their antiepileptic drug treatments during the trial. The study’s primary aim was to measure changes in convulsive-seizure frequency over the 14-week treatment period.

Investigators also studied a number of other factors, including reductions in total seizure frequency and duration, changes in the occurrence of different seizure subtypes, epilepsy-associated hospitalizations, the appearance of new seizure subtypes, and impact on quality of life.

In the placebo group, the median monthly convulsive seizure frequency decreased only slightly from 14.9 to 14.1, a median change of just −13.3%.

The authors note that the beneficial effects of CBD appeared early on. “The difference in cannabidiol was seen in the first month of the maintenance period, during which the median number of convulsive seizures per month declined from 12.4 to 5.0 in the cannabidiol group and from 14.9 to 13.0 in the placebo group (P=0.002).”

When they looked at total frequency of all seizure types, the Devinsky-Cross team found that monthly frequency decreased from 24.0 to 13.7 in the CBD group (adjusted reduction, 28.6%) versus 41.5 to 31.1 in the placebo group (adjusted reduction, 9.0%). Three patients in the CBD group attained complete freedom from seizures during the treatment period; none of those in the placebo group were completely seizure-free (P=0.08).

Given the major reduction in seizure frequency, quality of life scores also improved notably in the CBD group. On the Caregiver Global Impression of Change scale, 37 of 60 caregivers (62%) rated their children’s overall condition as “improved” in the cannabidiol group, versus only 20 of 58 caregivers (34%) in the placebo group (P=0.02).

There were no significant differences in the frequency of sleep disruption or on Epworth Sleepiness Scale scores, suggesting that cannabidiol had no negative impacts on sleep.

Unlike the more well-known cannabinoid, tetrahydrocannabinol (THC), CBD is not psychoactive — so patients can reap the significant neuroprotective, anti-epileptic, anxiolytic, anti-oxidant, and anti-inflammatory benefits of cannabis without experiencing the characteristic “high” induced by THC.

But CBD is not without it’s downsides. Devinsky and Cross report that 93% of the kids in the CBD-treated group experienced some sort of adverse effect. The most common were: vomiting, fatigue, pyrexia, decreased appetite, lethargy, somnolence, and diarrhea.

Unpleasant side effects prompted CBD dose reductions in 10 patients. After these adjustments, the adverse events resolved completely in 8 of the 10, and partially in one other patient. In the remaining child, the adverse event — loss of appetite — was ongoing.

The researchers propose that some of the side effects may relate to CBD interactions with the other antiepileptic drugs. For instance, they found elevated liver aminotransferase enzyme levels in 12 of the CBD patients, versus one in the placebo group. But all of those patients were also taking a form of valproate, suggesting that CBD could “potentiate a valproic acid–induced change in hepatic aminotransferase levels.”

The observed increases in aminotransferase mostly resolved while patients continued taking CBD, indicating that a “transient metabolic stress on the liver” could be responsible for the increase.

Despite the potential for adverse events, Devinsky and Cross conclude that CBD as an adjunct to conventional drugs significantly reduces convulsive seizure frequency in young people with a very difficult form of epilepsy. They added a call for additional studies to determine the long-term efficacy and safety of cannabidiol.

The study was sponsored by GW Pharmaceuticals, the maker of Epidiolex, a CBD product made from “pure plant-derived cannabidiol.” GW is seeking FDA approval for Epidiolex as a prescription medicine, and hopes to make it the first cannabis-based pharmaceutical designated for use in the United States.

This is one of several FDA-registered clinical trials funded by the company, and exploring the effects of CBD on patients with rare treatment-resistant epilepsy syndromes including Dravet, Lennox-Gastaut, tuberous sclerosis complex, and infantile spasms. Epidiolex’s approval would signal a major turning point in the medial marijuana industry.

The new findings bolster previous observations that CBD can reduce seizure frequency in patients with a range of neurological conditions. In an editorial accompanying the Devinsky-Cross paper, Samuel Berkovic, MD, of the University of Melbourne’s Epilepsy Research Centre in Australia, described the findings as the first “real data” highlighting the benefits of medical cannabinoids in epilepsy treatment.

The potential benefits of CBD are no secret among parents of kids with seizure disorders. Many have been reluctant to wait around for definitive clinical trials or FDA approvals. Some families, desperate to help their kids, have moved to states like Colorado where access to CBD (and all forms of cannabis) has been legalized.

This, in turn, is stoking research interest in the subject.

“Due to some clinical and anecdotal evidence supporting cannabinoids, specifically CBD as a potential therapy for epilepsy, coupled with the failure of the conventional antiepileptic drugs to manage Dravet…[syndrome] effectively, many patients have turned to medical marijuana,” wrote Dr. Pius S. Fasinu, a pharmacologist at the University of Mississippi’s National Center for natural Products Research, last year in the journal Pharmacotherapy.

“Given the need for more effective therapy that is better tolerated, patients with Dravet syndrome…are potentially good candidates for CBD trials.”

The Devinsky trial certainly corroborates Fasinu’s prediction. A natural treatment that can reduce seizures by nearly 40% holds great promise for the future of epilepsy treatment.