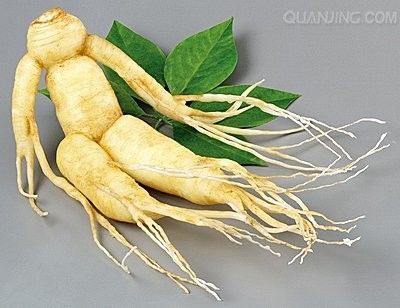 Three clinical studies have shown that the extract, known as CVT E0002, and marketed as a product called “COLD-fX,” can reduce the incidence and severity of respiratory infections, said Edward Shaw, MD, of the Comprehensive Cancer Center, Wake Forest University, Winston-Salem, NC.

Speaking at the seventh annual conference of the   Society of Integrative Oncology, Dr. Shaw said that he became interested in the Panax extract because influenza and other acute respiratory infections (ARIs) are a common problem for patients with chronic lymphocytic leukemia, a population he treats.

“There is a pressing need for effective, relatively low cost interventions to reduce infection risk in CLL patients,” he said. The promising findings from the studies of the aged suggested that Panax ginseng just might be the ticket.

The CVT-E002 extract, marketed by Afexa Life Sciences (www.afexa.com) of Edmonton, Alberta, is standardized to contain 80% poly-furanosyl-pyranosyl-saccharides, immunologically active compounds produced by the Panax plant that enhance natural killer cell activity. Dr. Shaw noted that this particular product is the only American ginseng extract to be granted Investigational New Drug clearance by the FDA.

Dr. Shaw designed and oversaw a study of COLD-fX in CCL patients that ultimately showed no significant benefit. But the data supporting use of “COLD-fX” in otherwise healthy elders stands firm.

An Ally in Assisted Living

Janet McElhaney of the Eastern Virginia Medical School, Norfolk, studied two cohorts of 89 and 109 people in nursing homes and assisted living facilities. They had mean ages of 81 and 83.5 years, and were randomized to take the ginseng extract, 200 mg, twice daily, or placebo. The first trial ran for 8 weeks, the second ran for 12. Nearly all people in both groups had previously received flu shots.

The investigators pooled data from the two cohorts and found a lab-confirmed influenza incidence of 6.9% among the placebo subjects (7 cases in 101 subjects) versus 1% (1 case in 97) among the ginseng group. Incidence of influenza and respiratory syncytial virus (RSV) infections combined was also higher in the placebo versus the ginseng group. These differences were statistically significant (McElhaney J, et al. J Am Geriatr Soc. 2004; 52: 13-19).

There were few serious side effects, though 90% in both groups reported “adverse effects,” the most common being GI upset. The high prevalence of side effects in the placebo group makes it difficult to interpret this finding.

The encouraging signals from the assisted living cohorts prompted Dr. McElhaney, now at the Center for Immunotherapy of Cancer & Infectious Diseases, University of Connecticut, to study COLD-fX at the same 200 mg twice daily dose, in a cohort of 43 community-dwelling older adults.The trial period was 4 months, and after the first month all subjects in both groups got flu shots.

There was a significant reduction in ARI episodes during the closing months of the trial among the people taking COLD-fX; 62% the placebo-treated group had ARIs versus 32% among those on Panax ginseng.  Length of illness was also longer in the placebo group (12.6 days versus 5.6 days) (McElhaney JE, et al. J Altern Compliment Med. 2006; 12(2): 153-157).

In contrast to the previous study, adverse effects were few in both groups and there was no significant difference between them.

The potential benefits of this extract are not limited to the aged. A third study, by Gerald Predy and colleagues at the Department of Agricultural, Food, & Nutritional Science, University of Alberta, showed significant reductions in recurrence, severity, and duration of common colds among a cohort of nearly 300 susceptible adults who had mean ages in the early 40s.

Dr. Predy’s group randomized 323 volunteers from the general Edmonton population to either placebo or COLD-fX, 2 capsules per day, for four months. All reported having at least two colds in the previous year, with the mean being three. A total of 279 people completed the trial.

The people taking the ginseng had fewer colds (a mean of 0.7 colds per person versus 0.9), and cold recurrence was far lower, with only 13 (10%) of the ginseng patients having 2 or more colds during the 4-month period versus 34 (23%) of the placebo group. The ginseng group had a 31% lower total symptom severity score, and a 35% reduction in total symptomatic days (Predy G, et al. CMAJ. 2005; 173(9): 1043-8). Dr. Predy noted that these effect sizes are similar to those seen in studies of anti-flu drugs like rimantadine, amantadine and oseltamivir.

All three COLD-fX studies were funded in part by CV Technologies. It is unknown whether the findings observed for the CVT E0002 extract could be generalized for other Panax products or other species of ginseng.

Though indigenous to the US and Canada, Panax ginseng is commonly used in traditional Chinese medicine and other Asian medical traditions. The root is rich in immunomodulators, and researchers have shown that Panax extracts can enhance lymphocyte immunoglobulin production, stimulate macrophage responsiveness, increase phagocytosis, activate natural killer and CD8 cells, and promote expression of IL-2, Interferon-ϒ and other cytokines.

Dr. Shaw said people with lymphocytic leukemia are vulnerable to respiratory infections because the disorder is often associated with anemia, thrombocytopenia, and compromised immune function. Drugs like chlorambucil and fluorouracil amplify the problem.

Dr. Shaw said he is not sure why his CLL patients did not show the response to the Panax extract that McElhaney and Predy in their non-cancer cohorts.

It may be a dosing issue. “We went with the dose used in the previous studies of healthy elderly, non-cancer patients. It might not have been enough for CLL patients with impaired immune function.” Dose-escalation studies are in the planning stages.