Is Marijuana a Viable Remedy for Migraines?

In recent years, both an upsurge in medical cannabis research and also changes in the plant’s legal status in many US states have led health practitioners and patients alike to shift their views of cannabis from goofy recreatinal drug to serious medicine.

Currently, 25 states plus the District of Columbia have legalized medicinal marijuana, with still others only permit use of cannabidiol (CBD), a non-psychoactive cannabinoid extracted from the cannabis plant.

The rapidly-growing body of medical cannabis research illustrates its effectiveness in treating a wide range of illnesses. Among the more recent disoveries is the efficacy of cannabis and cannabis-derived compounds for the treatment of migraines and other forms of chronic headache.

Eric Baron, DO, author of a comprehensive review of medicinal marijuana published last year in Headache: The Journal of Head and Face Pain (Baron, E. Headache. 2015; 55(6): 885–916), contends that,  “physicians need to be educated on the history, pharmacology, clinical indications, and proper clinical use of cannabis, as patients will inevitably inquire about it for many diseases.”

Pain relief ranks among the drug’s most common uses, with headaches often cited by marijuana users as a top health issue for which they use cannabis to seek relief.

Science is beginning to support this pattern of use. A study published earlier this year was one of the first to confirm a decrease in the frequency of patients’ migraine headaches associated with medical marijuana treatment (Rhyne, D. et al. Pharmacother. 2016; 36(5): 505–510). 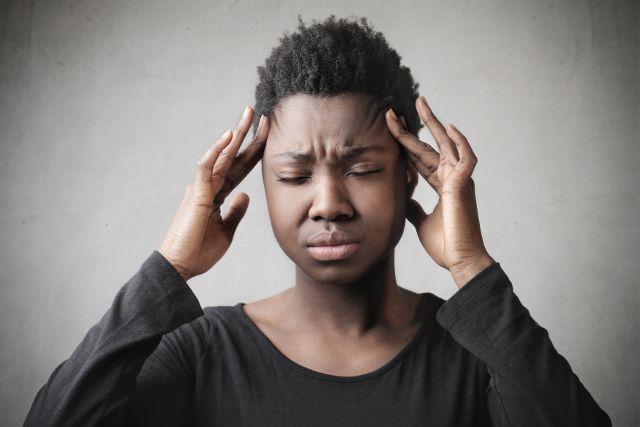 Many researchers argue that the ability of cannabis to help quell headaches is in part due to its anti-inflammatory properties.

Marijuana contains numerous cannabinoid compounds, several of which have been shown to reduce inflammation in the body.

Tetrahydrocannabinol (THC), the most well-known cannabinoid, lowers inflammation through various mechanisms; it inhibits the synthesis of prostaglandin E2 (PGE-2), a lipid mediator that contributes to inflammatory pain; decreases the aggregation of platelets, which, when activated, play a role in regulating the inflammatory cascade; and stimulates lipoxygenase, which promotes down-regulation of inflammation (Canavan, B. et al. J Clin Endocrinol Metab. 2005; 90(10): 5779-5785, Russo, E. Neuroendocrinol Lett. 2008; 29(2): 192–200).

Greco and Tassorelli note that THC has 20 times the anti-inflammatory potency of aspirin and twice that of hydrocortisone (Greco, R. & Tassorelli, C. Endocannabinoids and migraine. In: Fattore, L., ed. Cannabinoids in Neurologic and Mental Disease. 1st ed. Academic Press; 2015).

Many researchers today recognize that this system as a whole “seems to be involved in an ever-increasing number of pathological conditions” (Di Marzo, V. et al. Nat Rev Drug Disc. 2004; 3(9): 771–784).

The two types of cannabinoid receptors are referred to as CB1 and CB2. CB1 receptors are found in both the central nervous system, where they regulate such cannabis-driven effects as decreased motor activity, pain relief, and feelings of relaxation and wellbeing. These receptors are also found in peripheral neurons, where their activation slows neurotransmitter release in the heart, bladder, intestine, and vas deferens.

Researchers have proposed that dysfunction of the endocannabinoid system may influence migraine pathogenesis in several ways. One appears to be through its interactions with the body’s serotonergic system. In a study of patients with chronic migraines and medication-overuse headaches, investigators linked endocannabinoid system impairment to a reduction in patients’ serotonin levels (Rossi, C. et al. Euro J Clin Pharm. 2008; 64(1): 1–8).

While serotonin’s exact role in headache pathophysiology isn’t fully understood, it is widely recognized as “a key molecule in the neurobiology of migraine.” There is evidence that migraine patients experience “alterations in serotonergic neurotransmission,” with many exhibiting low cerebral serotonin levels between headache occurrences and elevated levels during migraine attacks (Deen, M. et al. [Published online March 23, 2016. Cephalalgia. 2016. doi: 10.1177/0333102416640501).

CBD appears to be one of the cannabinoids that interacts with the body’s serotonergic system. Russo et al. explain that CBD both inhibits serotonin re-uptake and reduces serotonin neurotransmission. “There is also some experimental evidence to support CBD’s activity in other neurotransmitter systems such as dopamine, GABA, and the endogenous opioid system,” the authors add (Russo, E. et al. Neurochem Res. 2005; 30(8): 1037–1043).

Each of these pathways appear to influence migraine development, possibilities that researchers continue to explore today.

Although randomized clinical trials on cannabis or CBD for headache treatment are currently lacking, the existing medical marijuana studies suggest great promise for migraine and headache sufferers. Some researchers have even argued that marijuana’s effectiveness in treating pain could profoundly influence public health for the better.

According to a study published this summer, states in which medicinal marijuana is legal have experienced notable reductions in prescription drug use, making a case for cannabis as a possible strategy to address the country’s marked opioid epidemic (Bradford, A. & Bradford, W. Health Aff. 2016; 35(7): 1230–1236).

Scientific signals indicating that cannabis may have a role in ameliorating headaches is merely the latest paragraph in the long, meandering tale of this plant’s history with human beings.

One of the earliest plants cultivated by man, evidence of the first use of cannabis as medicine dates back to ancient China and India. Though it was clearly documented as an herbal therapy for centuries in Asia, and used in Greece, Rome, and throughout the Islamic empires, it was not until the 19th century that cannabis made its way into the Western medical realm.

European physicians prescribed it in the treatment of various conditions, headache and migraine among them, and eventually the herb’s reputation as a healing agent reached North America. By the middle of the century, more than 100 scientific articles detailing its therapeutic value were published in Europe and the US, highlighting its effectiveness as an analgesic, sedative, and digestive aid, alongside numerous other uses. Several US-based laboratories, including Bristol-Meyers Squibb, Parke-Davis, and Eli Lilly, produced cannabis extracts and tinctures for medicinal purposes (Zuardi, A. Rev. Bras. Psiquiatr. 2006; 28(2): 153–157). 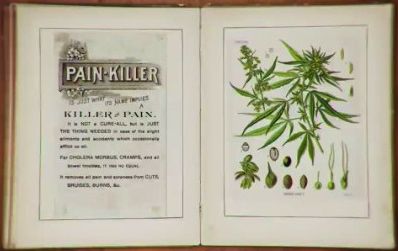 Since then, the plant has taken “a fascinating journey from a legal and frequently prescribed status to illegal, driven by political and social factors rather than by science,” writes Dr. Baron, a neurologist at the Cleveland Clinic, Lerner College of Medicine.

Through the beginning of the 20th century, cannabis retained its stature as an important part of the Western pharmacopoeia. Soon thereafter, however, its use declined significantly, a trend attributable to various factors including legal restrictions limiting its medical prescription and experimentation, as well as the development of effective new drugs like aspirin, which carried indications similar to those of marijuana.

In the second half of the century, the herb re-appeared on the scene in the US, but this time largely for recreational use. It was in the 1930s that the drug became criminalized. It was also at that time that the name “marijuana”–the etymology of which is obscure but thought to derive from Mexican slang–supplanted the term cannabis. Despite its long history as a healing agent, by mid-century, this plant’s therapeutic value was largely overshadowed by its growing stigma as an illicit substance.

That stigma remains connected with cannabis today. Despite increasing studies indicating its significant therapeutic potential, the US Drug Enforcement Agency (DEA) still classifies cannabis as a Schedule 1 drug, lumping it into the same category of substances as heroin, LSD, ecstasy, and others with “no currently accepted medical use,” a “high potential for abuse, and “potentially severe psychological or physical dependence.”

The future of cannabis as serious medicine use will undoubtedly be shaped as much by political forces as by science, the compelling evidence already available, as well as the host of medical conditions for which mainstream pharmacology has little to offer, warrants further research into the therapeutic potential of this often misunderstood and misrepresented plant.