Medical Drones Bring Aid from “Above”

For many of us, the thought of drones conjures dark imagery of warfare and surveillance. But a new trend in medical technology puts remote-controlled ‘copters in a far more positive light, suggesting their tremendous potential to be used for good.

Throughout the world, several companies are…ahem… piloting the use of drones, or unmanned aerial vehicles (UAVs) as they prefer to call them, as life-saving healthcare devices.

At Delft University of Technology in the Netherlands, engineering student Alec Momont is testing the prototype for a tool he calls the “ambulance drone.” Equipped with a small defibrillator, the wee whirlybird is capable of flying up to 60 miles per hour, to provide rapid emergency support to a victim of a heart attack in a 12 km radius within one minute!

In medical situations where time is of the essence, drone-based healthcare could 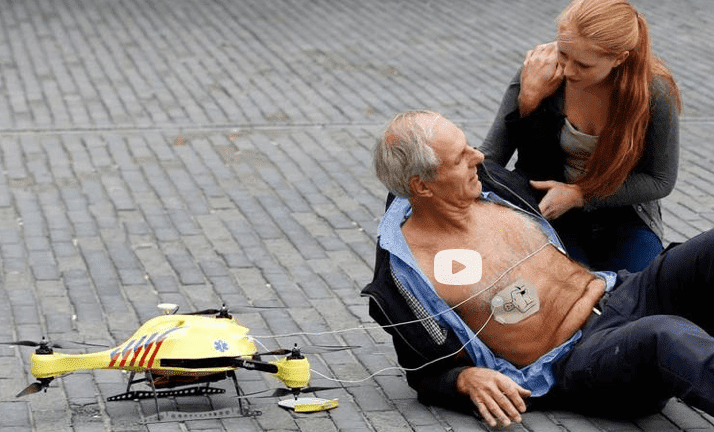 help to drastically improve outcomes. On his website, Momont notes that when an ambulance takes 10 minutes to reach a cardiac arrest patient, the individual’s chance of survival is a mere eight percent. If a drone can deliver a defibrillator to that same patient in under a minute, survival jumps to an astonishing 80%.

Momont’s ambulance drone navigates its way to patients using GPS to track mobile emergency calls. When it reaches a patient, a family member or other caregiver receive personalized instructions from first responders via livestream audio and video connections. Real-time communication ensures that untrained emergency callers can quickly and properly use the defibrillator, dramatically increasing the success of the intervention.

California-based Matternet is addressing global health challenges through a fleet of delivery drones that can maneuver into otherwise inaccessible areas. The company’s CEO, Andreas Raptopoulos, explains that roughly one billion people in the world currently do not have access to all-season roads, due in part to in part due to drastically changing weather patterns.

Limited or compromised infrastructure presents huge barriers to the reliable delivery of medicine and other vital supplies to communities cut off from transport chains during part of the year. UAVs, which can fly into areas that lack functional roads, may be an efficient solution. 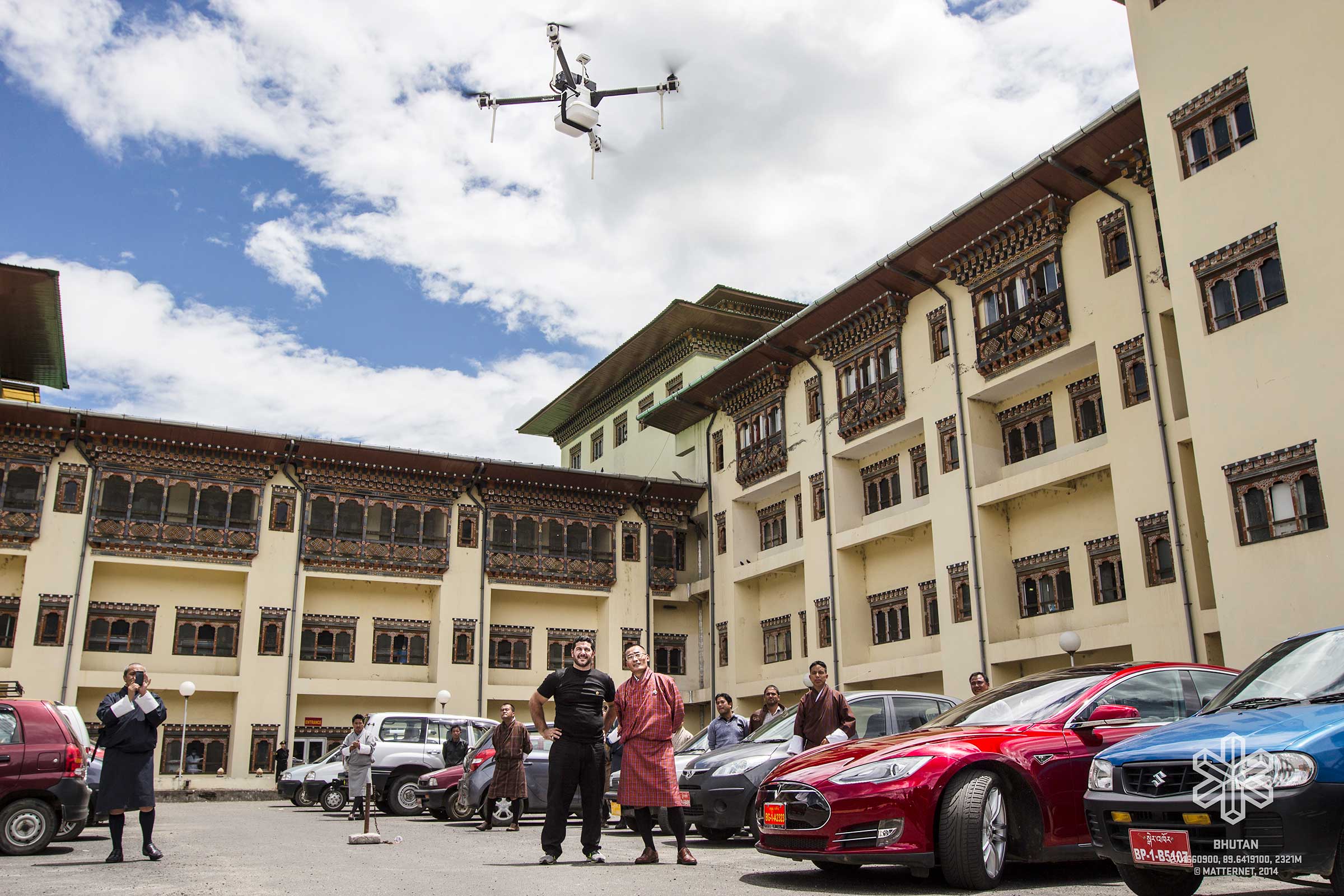 Matternet has run field trials of its drones in multiple countries. In partnership with Doctors Without Borders, the company tested it’s Quadcopters in Papua New Guinea, bringing transported sputum samples from suspected tuberculosis patients in rural regions out to main hospitals for testing. Plans to return test results and treatments back to rural patients are presently underway.

At the invitation of the World Health Organization, the company has also tried drone flights in high-altitude mountainous regions of Bhutan, where it hopes to implement UAVs to ferry blood samples and other emergency and medical supplies. Similar trials of flying aid drones have been done in Haiti and the Dominican Republic.

In addition to their efficiency and speed, drones offer a cost-effective alternative to conventional delivery methods. They’re less expensive to build and maintain than roads, and create a far smaller ecological footprint than motor vehicles and airplanes.

Despite their promise, it will likely be several years before medical delivery drones can be used routinely. The Wall Street Journal recently reported that some governments have shown a greater openness to drone testing in less populous regions, so the technology is expected to land first in remote areas like the German island of Juist or the Australian outback.

In the Netherlands, current air traffic laws restrict the use of autonomous drones, which has prevented the widespread deployment of Momont’s ambulance drone — though changes to those laws are expected sometime next year.

Meanwhile, Momont’s work and similar projects provide a compelling balance to the otherwise negative perceptions often associated with the use of drones.