Wearable Fitness Trackers: They’re Popular, But Are they Accurate?

Consumers are using these devices to monitor exercise, sleep, and a host of other related health parameters. Health care researchers are also using the devices in the context of clinical studies. The choice of brands, features, and styles of wearable trackers is also expanding rapidly. 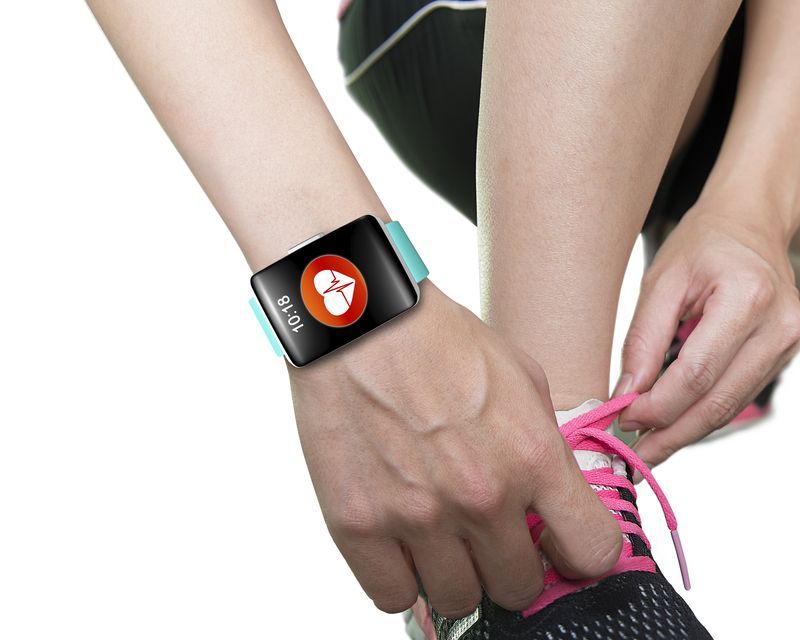 But are these devices reliable? Can we trust the numbers they give us? How accurate are they when it comes to gauging levels of energy expenditure, sleep cycles or other physiological measurements?

There is actually some medical literature on the accuracy of fitness trackers. The consensus seems to be that  consumer-level monitors show a good degree of accuracy for the measurement of steps, duration of activity, and sleep quality, but only moderate accuracy for quantifying total daily energy expenditure or energy output during physical activity (Ferguson T, et al. Int J Behav Nutr Phys Act. 2015 Mar 27;12:42)

Of the two, the first is more widespread in the consumer market. Popular devices such as the Fitbit, Jawbone, Nike Fuelband, and Polar Loop all fit under the accelerometer category.

A closer look at the different models shows that the mode of exercise being measured can play a huge role in accuracy of these monitors.

Dr. Gregory Welk, Director of the Nutrition and Wellness Research Center at Iowa State University heads a team of researchers that have been studying the accuracy of consumer-level activity monitors compared with the types of monitors used for scientific research.

His team has conducted research for twenty years on various types of accelerometers. Now that the consumer market is being literally flooded with these devices, and multiple manufacturers have released their devices largely without any documented evidence of accuracy, Welk thinks that the research community has a responsibility to help evaluate them, so consumers can make more informed, intelligent choices.

To verify if consumer-centric trackers give accurate readings on calories burned, Dr. Welk’s team recruited 56 men and women aged 18-65, who used the two types of monitors in the context of semi-structured periods of low activity, aerobic exercise, and resistance exercise.

The participants had an average Body Mass Index (BMI) of 24 kg/m2, with body fat compositions averaging 21.2%. They were asked to simultaneously wear five consumer monitors and two research monitors while doing 20 minutes of sedentary activities of their choice, 25 minutes of aerobic exercise, and 25 minutes of resistance training with five-minute rests between the different activity periods.

The investigators used the Oxycon Mobile, a portable metabolic monitor that measures breathing, heart rate, and fat burned as a reference standard against which all the wearable monitors were compared

The average Energy Expenditure (total calories) measured by the Oxicon Mobile was just under 319 Kcal during the exercise periods. Measurements obtained from the consumer-level activity monitors varied from 275 Kcal to 396 Kcal. The research monitors had the most accurate total calories estimations.

In terms of measuring calorie expenditure during resistance exercise, all the trackers had no less than 25% margin of error in their results—a fairly large margin, according to the Iowa researchers.

The overall margins of error in all devices were similar to results from earlier evaluations of consumer trackers by the University of Iowa team (Lee JM, et al. Med Sci Sports Exerc. 2014; 46(9): 1840-8).

What it comes down to is that in general, fitness trackers are more accurate or effective for activities such as walking or running on a level ground. When activities move away from this scenario the readings become less accurate.

Indeed, the devices have large margins of error for accurately estimating calories burned. But from the viewpoint of working practically with patients, they can still be great tools for promoting behavior change, so long as one does not focus too much on specific numbers.

The main value of tech tools like this is that they can promote accountability, and provide context for communication between practitioners and their patients. At the end of the day, the value of exercise trackers is that they really can help some people to get some exercise every day and to stay motivated.

Dr. Welk says there is an urgent need is for greater standardization with regard to the outputs and indicators used in wearable tracking devices. Consumer products will always vary in precision to some degree. But the emergence of some type of “Seal of Evidence” or an endorsement by a national regulatory group could go a long way in pushing companies to document, report, and ultimately improve the accuracy of their products.

Leandro M, Pucci is Candidate for a Master of Science degree in Nutrition and Integrative Health from Maryland University of Integrative Health (MUIH). He is currently working towards becoming a Certified Nutrition Specialist. He holds a Personal Trainer Certification by the American College of Sports Medicine, and is working on becoming Certified Strength and Conditioning Specialists by the National Strength and Conditioning Association.Leandro has a special interest in the health concerns related to metabolic syndrome, nutrition and exercise as medicine.