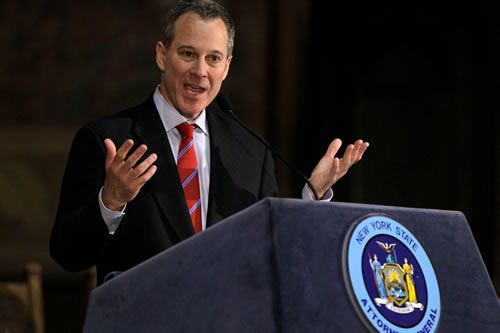 New York Attorney General Eric Schneiderman’s crusade against herbal products earlier this year has triggered a number of state and federal moves that could significantly change the way dietary supplements are regulated.

The supplement industry has come under increasing scrutiny at both the state and federal levels since February, when Schneiderman’s office ordered four major retailers—Walmart, Walgreen’s, Target, and GNC—to stop selling what the AG deemed fraudulent store-brand herbal products.

The move set off a firestorm of scientific controversy over the validity of DNA barcoding for identifying herbal extracts. In the policy arena, it sparked a spate of local and national calls for overhaul of regulations now governing supplements. (please read NY Attorney General Assails Herbal Medicine.)

Thought leaders in the supplement industry and in natural medicine say the entire field is coming under increased regulatory oversight, and most believe the pressure will only increase in the coming months.

Among the significant developments since February 2:

So far, all of the regulatory attention and negative media have been trained on botanical supplements sold in retail channels, though the language of both the consumer media coverage and the state and federal demands for greater regulation are clearly inclusive of supplements in general.

While practitioner-focused brands have not been implicated so far, there’s no reason to believe they will avoid scrutiny indefinitely.

Jeff Bland, PhD, a founder of the Institute for Functional Medicine, as well as one of the original founders of nutraceutical giant, Metagenics, said he is particularly concerned about precedents set by Schneiderman’s action.

Though scientific questions about DNA barcoding in the context of herbal medicine remain wide open, and though the AG’s office ultimately agreed that GNC’s products were not fraudulent, Dr. Bland says the allegations and the subsequent GNC agreement, ” set up de facto standard for all types of class action suits for hungry lawyers to bring all kinds of lawsuits against the industry.”

Other industry-watchers say the individual actions of various state AGs could result in a chaotic patchwork of state-by-state regulations and analytic standards that would make it extremely difficult for supplement makers to comply.

According to Mark Blumenthal, of the American Botanical Council, there is a grave danger in allowing state attorneys general to set standards for something like analytical methodologies. These, he says, are scientific questions not political or legal ones.

“Is the AG trying to dictate authentication methods? A single state stipulating issues that could lead to a patchwork quilt of regulatory standards…is not in interest of industry or consumers.”

“AGs are the ranking law enforcement officer of the respective states. Their jobs are to enforce the law. They are now getting into the policy business. This letter (to Congress) is directly related to policy considerations. They discuss and agree among themselves what the policy should be, and then they will go and enforce the policy they set. Instead of having federally mandated policy coming from Congress to FDA or USDA or FTC, this is a completely new and different mandate coming from law enforcement agencies in the states.”

Israelsen added that, “Our sense is that congress has not responded favorably,” to the letter issued by the 14 state AGs.

“Congress has other fish to fry, and that’s good news for the moment. But as the AGs drive this further, other states may join on board, not wanting to buck the trend.” 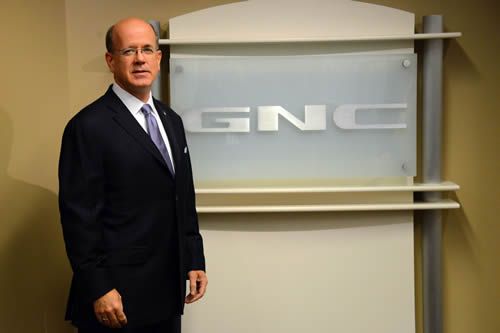 GNC took considerable flack from many in the industry for consenting to monitoring by the AG’s office, and for accepting DNA barcoding as a valid method for confirming plant identity.

Wes Siegnar, Jr, an attorney with Hyman, Phelps & McNamara, who worked closely with GNC on the agreement, stressed that the agreement to use DNA barcoding applies only to botanical raw materials, not to final extracts. In the context of raw materials analysis, DNA barcoding is one among a number of valid methods of identification.

He also stressed that the terms of the agreement are narrower than they might seem on first glance. “The agreement recognizes that some barcodes may not exist. If you read the agreement in its full context, you’ll see there’s no way to implement DNA barcoding unless there’s a valid scientific method for doing so. For many herbs there is not.”

Siegnar said GNC, a publicly traded company, was “situated very differently,” than the three other retailers implicated by the New York AG.

“Whereas the herbal issue is a very small part of business for Walmart and the others, for GNC it is significant. GNC also makes all of its own products. The other retailers use contract manufacturers. So GNC had to take this much more seriously. They were also more in position to pull together the relevant records.”

So far, none of the other three retailers have come to any terms with Schneiderman’s office.

Seignar believes the agreement, though clearly a compromise, actually scores
small though significant victories not only for GNC, but for the industry at large.

“Our primary goal was that if we were going to have an agreement, to make sure it was one that would resolve the concerns of the other authorities and also dispense with the class action lawsuits. We needed to have confirmation through agreement that GNC’s products were not contaminated and that they did contain what they said they did.”

By agreeing to allow the products in question back on the shelves, the AG’s office as much as admitted that its original allegations were not scientifically founded in the first place.

Most thought leaders in the supplement industry recognize that there are gaps in quality control, particularly with regard to the raw materials supply chain. Under current regulations, finished product manufacturers must comply with the Dietary Supplement Health & Education Act (DSHEA) of 1994, and with the good manufacturing practices (GMPs) defined by the FDA.

The big issue, say many in the field, is that suppliers of raw materials are not required to comply with these existing regulations, meaning that it falls to manufacturers to police their suppliers.

Karen Howard, executive director of the newly formed Organic & Natural Health Association, recently met with AG Schneiderman’s staff to discuss a potential solution to this problem: a mandate that would require all dietary ingredient suppliers to comply with current GMPs, and to clarify the regulatory responsibilities of private label supplement distributors.

The non-partisan group, which represents consumers, practitioners and members of industry, recently filed a citizens petition to the FDA detailing this request.

Howard believes such a move is critical for strengthening the integrity of the supply chain and eliminating many of the quality gaps for which the supplement industry is routinely criticized.

“If you’re a vertically integrated company, you control your supply from the source. If you are not, there are all sorts of room for breaches of integrity.” She acknowledged that if raw materials were covered under existing laws it could add some cost to the production of supplement products. On the other hand, it would very likely drive out unethical, fly-by-night players and would raise the overall integrity of the industry.

Many in the industry view the New York AG’s actions as a purely political maneuver designed to generate a lot of media attention for Schneiderman—which it did.

After meeting with his staff, however, Ms. Howard came away believing there’s more to it.

“I think they are genuine in their consumer protection intentions,” she told Holistic Primary Care. “They are well schooled on our issues, and they are not being disingenuous. I think it behooves industry to be respectful, even in situations where we know we will disagree. It is always better to keep an open dialog in a situation where there’s room for honest disagreement and an opportunity to educate. It may not mean you’ll get your desired outcome. But you will surely not get anywhere by being in opposition.”

Organizations representing holistic and natural medicine practitioners have been noticeably silent about the recent round of regulatory sword-rattling. Perhaps this is because so far no practitioner brands have been implicated in any of the allegations. But any major shift in regulation of supplements could affect practitioners who routinely dispense or recommend them as part of patient care.

Holistic Primary Care’s 2015 survey of more than 650 practitioners indicates that while many clinicians recognize that the existing regulatory framework is far from perfect, the majority is highly confident in the quality and integrity of practitioner channel brands.

The survey, fielded just six weeks after the New York AG’s initial actions, included this question: “Over the last year, what net effect has the published research & media coverage on nutrition, dietary supplements & natural products had on your practice patterns?”

Nearly half (49%) reported being more confident in using supplements, 6% reported being less confident, and 45% said their confidence has not changed one way or the other.

When asked to rate the ability of the current regulations to ensure quality and safety of supplements, 17% said the existing rules are fully adequate and 48% said the rules would be adequate if properly enforced, while 35% saw them as totally inadequate and in need of a complete overhaul.