I have a friend who makes his living as a balloon twister. He amuses little kids (and their parents) by manipulating specialized inflatables—“two by 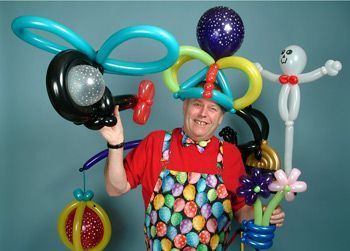 sixties” as they’re called in the trade– into myriad charming shapes. He makes flowers, hats, dragons, a few different kinds of doggies.

He knows exactly how and where to bend the tumescent latex tubes so they hold the forms he desires, and everybody’s happy….unless one of the figures happens to go pop.

I’m convinced there’s a whole cadre of healthcare policy professionals who ply a statistical version of this same arcane art.

They take data sets–which by nature of how they are defined and collected predisposes to certain shapes—and then they twist them into forms that purport to be evidence-based pictures of the medical system.

Everything’s fine (at least in some peoples’ view) until a doggie pops. Then there are tears.

Which is more or less what happened this week, with the release of The Price Ain’t Right? Hospital Prices and Health Spending on the Privately Insured.

They found that many regions like Grand Junction, CO or Rochester, MN that historically showed the lowest Medicare spend—regions spotlighted by the Obama administration as examples of how to deliver prime healthcare beef without fiscal fat—turn out to have the highest private insurance spending.

In other words, if you squeeze the budgetary balloon at one end, it gets fatter at the other.

It’s not quite that simple, of course. The report shows many regions where Medicare spending is high but private insurance spending is relatively low. Other places had high expenditures in both sectors. In an equal number of regions, spending was relatively low on both sides.

Perhaps the most striking finding from this vast project— which crunched 4 years’ worth of claims data from nearly 30% of all privately insured Americans—is that for most regions there’s little correlation between public and private healthcare expenditures.

That’s the equivalent of a big, loud balloon burst at the healthcare reform party.

Why? Because one of the core principles of healthcare reform is that by emulating the “best practices” of regions where Medicare spending is low but care quality is good, the systems in high-spend zones could bring about major cost reductions and care improvements across the board.

The problem, as this new study points out, is that a lot of those “best in show” regions had very high private insurance costs. Healthcare reform’s balloon-twisters would not—indeed could not–know that because they were only looking at Medicare data.

To be fair, until recently most private insurance spending data were siloed within the companies doing the spending. The new Price Ain’t Right project was only possible thanks to the Healthcare Cost Institute, a collaborative data-pool by the three aforementioned insurers.

The authors of The Price Ain’t Right view hospital system consolidation as the major culprit in high-cost areas, particularly where spending is high on the private insurance side (which includes all employer-based health insurance).