A prominent and widely respected scientist who has published milestone articles on the healing properties of herbs such as turmeric, is facing a university investigation into his research methods, partially as a result of criticism by bloggers from websites like Retraction Watch.

The proceedings regarding Bharat B. Aggarwal, PhD, of the Department of Experimental Therapeutics, MD Anderson Cancer Center, Houston, commenced after Retraction Watch posted news that two papers published by Dr. Aggarwal or his research team had been retracted, following criticism by two other bloggers–one of whom is anonymous–of research methods and images used in those papers.

Dr. Aggarwal has authored or co-authored more than 600 papers in major journals like Nature and Science. His work has been cited thousands of times by other authors, and holds 33 patents. Prior to joining MD Anderson, he was a researcher at Genentech. One of his main areas of interest is in TNF-alpha blockers, and he is considered an expert on the anti-inflammatory and tumor-suppressing effects of naturally occurring compounds in turmeric (curcumin) and red wine. He is one of a handful of investigators who has successfully bridged the pharmaceutical and herbal medicine research worlds.

The case throws a spotlight on the increasing but ambiguous role that unrefereed blogs play in mediating the conduct of science and in influencing scientific reputations.

The controversy began when the author of a blog, Abnormal Science, began to criticize the Western Blot images in some of Aggarwal’s papers. Another blogger, from Japan, has also written critically about Aggarwal, but that blogger is anonymous, according to Retraction Watch. Abnormal Science accused Aggarwal or his co-authors of “adding or subtracting features, cropping, stretching, rotating, flipping horizontally or vertically – to leave the impression the same ones represented different experimental conditions.”

In the aftermath, two journals, Cancer Letters and Molecular Basis of Disease, retracted papers published by Dr. Aggarwal’s group, and MD Anderson began an investigation. As the investigation is ongoing, neither Dr. Aggarwal himself nor anyone connected to his work at MD Anderson would comment for this article.

News of the retractions and the university investigation shocked many in the holistic and botanical medicine world, who view Dr. Aggarwal as a thought leader and role model. Among those expressing concern is Sunil Pai, MD, medical director at Sanjevani Integrative Medicine Health and Lifestyle Center, in Albuquerque, New Mexico.

Dr. Pai, whose clinical practice is firmly based in Ayurveda, nutrition and herbal medicine, knows Dr. Aggarwal personally and professionally, and was asked at the last minute to replace Aggarwal as a speaker at last year’s Integrative Cancer Strategies Conference in Phoenix.

Dr. Pai suspects that there may be a bias against herbal medicines implicit in the initial criticisms posted on Abnormal Science and Retraction Watch. “It is interesting that they have problems with his research when you see something natural, but I didn’t see criticism of his research regarding anything with a pharmaceutical use,” he told Holistic Primary Care.

“It’s kind of an economic struggle, because he’s trying to help everybody, not to sell a drug, and that can be a conflict of interest for those people who offer expensive treatments.”

At the heart of the criticisms is a complaint about Dr. Aggarwal’s Western Blot images. 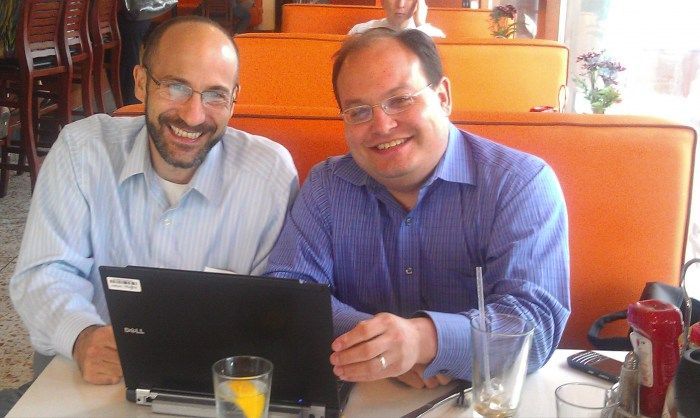 “But if you read further, there are ten different comments about how that should’ve been done, and ten different ways he should have done it. It’s not as easy as black and white,” Dr. Pai said. Retraction Watch blogger Adam Marcus admitted he does not have experience with Western Blot procedures, but said that his co-founder, Ivan Oransky, MD, has performed them.

Dr. Pai pointed out that Dr. Aggarwal’s lab is large and very prolific. “After the controversy began, a couple of people who work in his lab wrote on a blog that they have meetings every day, and that it’s not a closed lab, but rather very open. Some critics are saying ‘perpetual fraud,’ but I would find it hard to believe that everybody’s participating in fraud when there are so many people on a paper.”

Retraction Watch’s Mr. Marcus—who is also managing editor of Anesthesiology News– dismissed the accusation that his blog has a particular bias against holistic, non-pharma research. “It strikes me as completely false, the notion that we only write about retractions of alternative medicine papers.” He co-founded the non-commercial blog with Dr. Oransky, who is executive editor of Reuters Health, in the summer of 2010, to track retractions of scientific papers and provide “a window into the scientific process.”

Of the two Aggarwal papers that were withdrawn, one was a study of Cardamom extract, while the other related to the apoptosis-inducing activity of protease inhibitors in leukemia cells, noted Marcus.

Part of the fault probably lies with the well-known ‘publish or perish’ problem in academia, suggested Marcus, noting that the number of retractions has increased 15-fold in the last decade. “We think there should be other ways of getting credit and validation in science besides the paper,” he explained.

But according to Dr. Pai, the informal nature of blogging may also be contributing to the upsurge of retractions. “This was just an anonymous tip from a blog, but once an inquiry has been made, they have to start some investigation. Once an agency is involved, a whole protocol has to occur,” he said.

In the highly competitive world of medical research, an accusation of misconduct can be as damaging to a career as a confirmed incident. Reputations are hard won, and easily lost.

Retractions are sometimes made by journal editors who fear scrutiny, Dr. Pai said. “Once you’re under the scope, if there’s a question about an author, maybe they won’t publish the article, just to get off the hot seat.” Blogs can make it very easy for people to cast suspicions about research or researchers and such suspicions may trigger investigations whether they are warranted or not.

“Everybody’s entitled to have a blog, because it’s important to bring up these topics for discussion. But blogs are blogs. You still have got to do fact-checking. Bloggers can’t just write whatever is on their mind,” Pai said.

It remains to be seen whether Dr. Aggarwal and his team will be vindicated or whether the bloggers were correct in identifying scientific misconduct. Either way, the influence of unrefereed blogs on the conduct of medical research will remain an important issue for researchers and clinicians alike.