Home | Topics | News, Policy & Economics | To BE or Not to BE: New GMO Labels Leave Many (Still) Wondering What’s in Their Food
View Cart

To BE or Not to BE: New GMO Labels Leave Many (Still) Wondering What’s in Their Food

On paper, the final ruling “increases the transparency of our nation’s food system, establishing guidelines for regulated entities on when and how to disclose 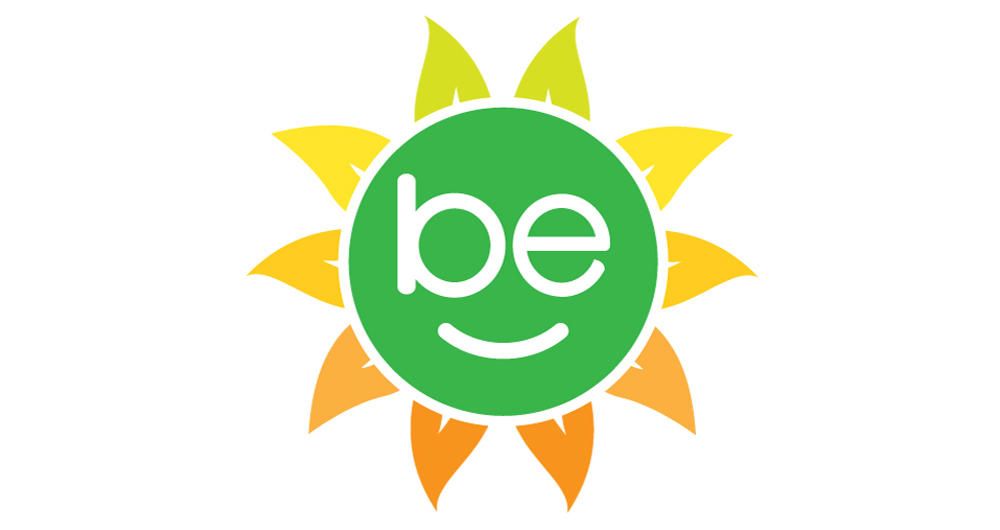 bioengineered [BE] ingredients,” Perdue said in his announcement. The law will require “food manufacturers, importers, and other entities that label foods for retail sale to disclose information about BE food and BE food ingredients” when it takes effect in 2020.

Americans overwhelmingly support the on-package labeling of genetically engineered foods, and organizations like the Just Label It campaign have been fighting for clearer GMO disclosure labels for decades. Some see the USDA regulations as a step towards better food information access––but others, including the leaders of prominent food safety and consumer advocacy groups, are highly critical of the final rule. They say it’s confusing at best––deeply deceptive at worst.

Following years of lobbying from public interest groups and even food companies––and promises from the Obama administration––Congress eventually passed the bipartisan National Bioengineered Food Disclosure Law in July 2016. Lawmakers then tasked the USDA with developing a mandatory labeling system to ensure the appropriate disclosure of GM ingredients in manufactured food products.

In theory, that’s exactly what advocates wanted. But from its earliest days, the law received criticism and pushback from the pro-labeling community. Consumer rights and nutrition organizations identified numerous flaws in what they considered to be a weak and dubious piece of legislation, dubbing it the “Deny Americans the Right-to-Know”––or DARK––Act.

More than two years later, we’ve finally learned how the USDA intends to implement the GMO labeling law. While it ostensibly establishes channels for conveying information about the genetically-engineered status of food ingredients, many say the new plan obscures more than it reveals.

According to the Center for Food Safety (CFS), the final regulations include provisions which will leave the majority of GM-derived foods unlabeled. Further, the new plan prohibits the use of the widely known terms “GMO” and “GE,” in favor of the more benign sounding phrase, “bioengineered.”

Critics call it an anti-transparency move that blatantly ignores what the public has asked for: well-marked GMO food labels. 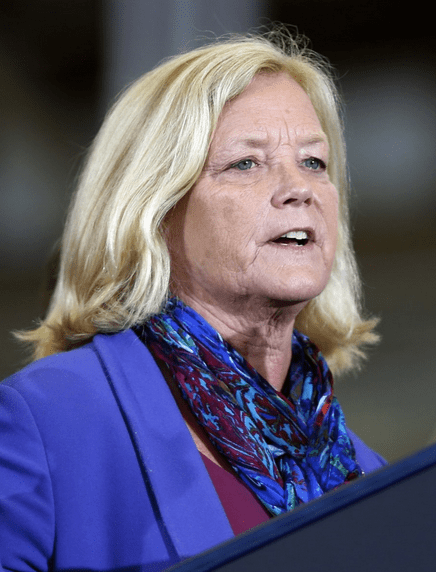 She points to the deceptive wording of the final rule, in its exclusive use of the lesser-known term “bioengineered” in place of far more commonplace phrases like “genetically engineered” or “genetically modified.”

Most consumers are familiar with the term “GMO.” The concept of foods “derived from bioengineering” is far less familiar, and will likely cause confusion. Some critics of the new law believe such confusion is calculated.

Polls show that the vast majority of Americans want to know whether or not the food they purchase contains genetically modified ingredients. Most believe we have a basic right to know what is in our food, a right that’s afforded to those in over 60 other countries that already require labeling of GM foods. In the US, Pingree says, “it seems like USDA is trying to paper over those facts.”

“What people across the country have asked for—and what Congress has passed—is more information and transparency about the food on the nation’s shelves,” she added.

“What USDA has produced is a marketing campaign aimed at putting a positive spin on GMO food.”

Rather than creating clearer food labels, the “USDA has betrayed the public trust by denying Americans the right to know how their food is produced,” said Andrew Kimbrell, executive director at the Center for Food Safety (CFS), in his organization’s response to the December ruling. “Instead of providing clarity and transparency, they have created large scale confusion and uncertainty for consumers, food producers and retailers.”

Last May, the USDA’s Agricultural Marketing Service (AMS) revealed its prototype designs for the new symbol it planned to use on food packaging. The proposed designs triggered heavy criticism from labeling proponents who say the images are not only unclear, but dishonest.

None of the initial logos included the letters GM, GMO, or even GE. A few featured a friendly-looking cartoonish smiling sun sporting the letters “BE” on its face––but with no additional text defining the virtually unknown acronym BE. 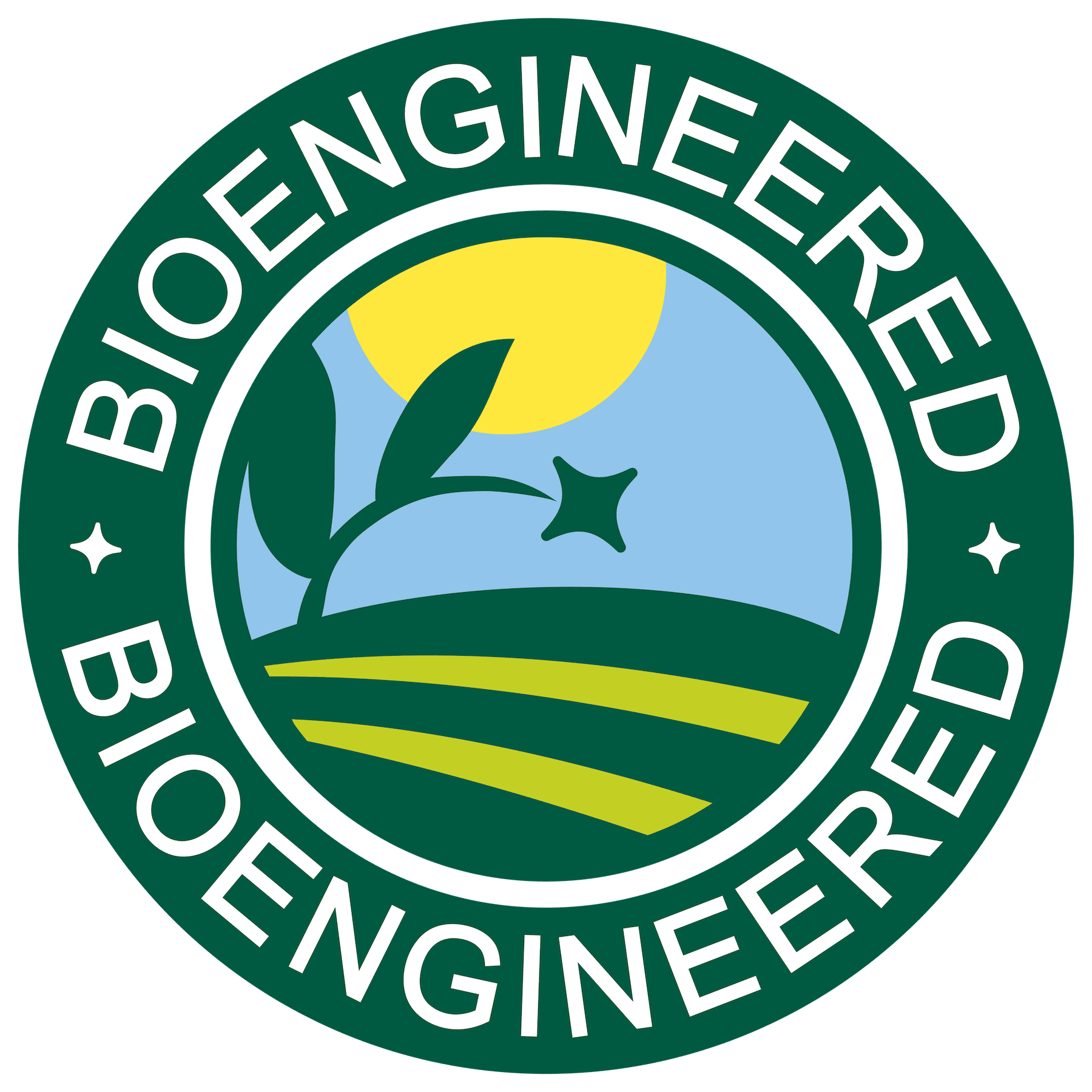 alteration.” She has called for labels that “give people the facts of whether ingredients in their food have been genetically altered, plain and simple.”

Apart from the questionable imagery, opponents are worried by the wide array of ingredient disclosure options the new law gives to manufacturers.

Based on the final rule, food companies can choose from a selection of different communication methods in order to inform consumers of the presence of GMOs in their products.

“Regulated entities have several disclosure options: text, symbol, electronic or digital link, and/or text message,” a USDA spokesperson told HPC, adding that “additional options such as a phone number or web address are available to small food manufacturers or for small and very small packages.”

In essence, rather than mandating precise on-package labeling with specific text or icons, the final NBFDS allows manufacturers to select how they wish to disclose GM content to those buying their products.

One of those options is the use of so-called “QR codes,” specialized barcodes that reveal product information only when scanned with a smartphone.

Some see this as a huge problem that disproportionately impacts low-income individuals and families, who may not have QR-scanning devices.

“Real-time access to the information behind the QR code image requires a smartphone and a reliable broadband connection, technologies often lacking in rural areas,” the Center for Food Safety’s statement on the final ruling reads. “As a result, this labeling option discriminates against more than 100 million Americans who do not have access to this technology.”

Beyond failing to provide straightforward, accessible product details to consumers, CFS argues that the approved disclosure methods are “designed to inhibit rather than facilitate access to GE content information.”

“USDA’s own study found that QR codes are inherently discriminatory against the one third of Americans who do not own smartphones or those without access to the internet. These are predominantly rural, low income, and elderly populations,” noted CFS director Andrew Kimbrell.

In his organization’s own response, Scott Faber, senior vice president of government affairs for the Environmental Working Group (EWG), wrote that the “final GMO disclosure rule fails to meet the clear intent of Congress to create a mandatory disclosure standard that includes all genetically engineered foods and uses terms that consumers understand.”

“A fair standard should address the needs of consumers who don’t have expensive phones or who live in rural places with poor cell service,” he added, “but the rule put forward [in December] simply fails to do that,” he added.

What’s in a Label?

For example, it exempts highly refined ingredients, even if they’re derived from genetically modified crops.

Notably, most of the corn, soybean, canola, and sugar beet crops grown in the US today are genetically engineered, and oils or sugars refined from them make their ways into the food chain in many forms. But if those processed foods don’t contain any detectable genetic material from the original crop, GMO labels are not required.

Other products, including foods made via newer genetic engineering techniques such as CRISPR or TALEN gene editing will not require disclosure. Meat, eggs, and dairy derived from animals fed a GMO diet are exempt, too.

“Foods or ingredients that do not contain detectable modified genetic material are not subject to mandatory disclosure, although if they were produced through bioengineering they may be voluntarily disclosed,” USDA’s spokesperson said.

And some manufacturers will do just that. The EWG recognized a number of companies, including Campbell’s, Mars, Danone, Kellogg’s, Coca-Cola, and Unilever, for their commitment to voluntarily disclose all GMOs in all of their food products, not just in those required by the final rule.

Most food producers will have to comply with USDA’s disclosure mandates beginning January 1, 2020. “Small food manufacturers”—or companies whose annual receipts fall between $2.5 and $10 million—will have an additional year to meet the requirements. “Very small food manufacturers” with yearly receipts of less than $2.5 million are exempt altogether from the USDA requirements, though they too can choose to voluntarily label GM ingredients.

From fair trade to sustainably sourced, from vegan to gluten-free, the ever-expanding array of symbols appearing on food packages can make our massive modern food landscape even harder to navigate. To fully understand what’s on a food label and how to decode it requires education, awareness, and caution.

Individuals aiming to avoid genetically modified foods entirely can seek out products with GMO-free labels, such as the Non-GMO Project Verified seal, to help identify non-GM products. Certified organic foods are another great option, as organic standards prohibit the use of genetic engineering in food production.