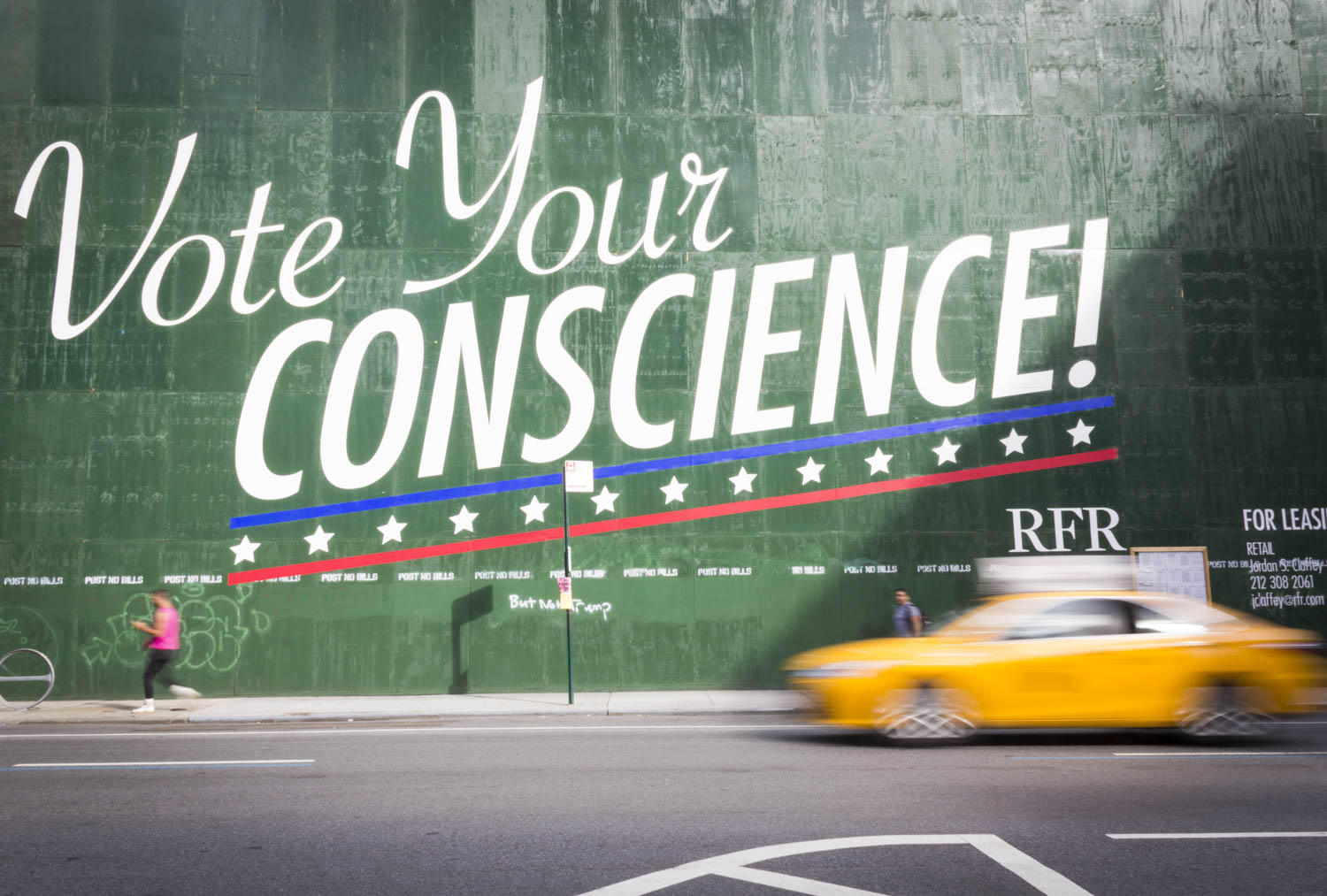 “A human brain is a remarkable thing. It isn’t what you think it is, and every part of it matters in politics. If you are going to be a good citizen—conservative or liberal—you should know how your brain is working.”

Cognitive scientist George Lakoff has spent four decades studying how the human mind makes meaning, and how that factors into politics. He concludes that while people may believe they are “voting their conscience,” for the most part they are voting their “un-conscience.”

Lakoff, a professor of linguistics at UC-Berkeley, says 98% of what we call our reasoning is going on unconsciously. “It is what our brain is doing while we’re busy thinking we are being conscious.”

Through his academic work as well as books like The Political Mind (2008), Don’t Think of an Elephant (2004), and Metaphors We Live By (2003 –with Mark Johnson), Lakoff stresses that we cannot understand modern politics using an 18th century view of human reason.

This classical view, which prevails in many public policy circles, was initially defined by Descartes in the 1600’s. It holds that reason is:

“What cognitive science and neuroscience has shown us over the last 30 years is that every part of this is false. Every single part,” Lakoff told Holistic Primary Care in an interview. The science indicates that human reason is:

Lakoff is among a group of linguists, sociologists, and cognitive scientists including Noam Chomsky, Erving Goffman, and Charles Fillmore, focused on the ways language shapes perception, behavior, and political choice.

Though he personally leans leftward and aligns strongly with the Democrats, Lakoff stresses that people across the political spectrum benefit from understanding what shapes their decisions.

The neurological truth, says Lakoff, is that we do not see the world as it is. We see it through cognitive frames that emphasize, de-emphasize, amplify or 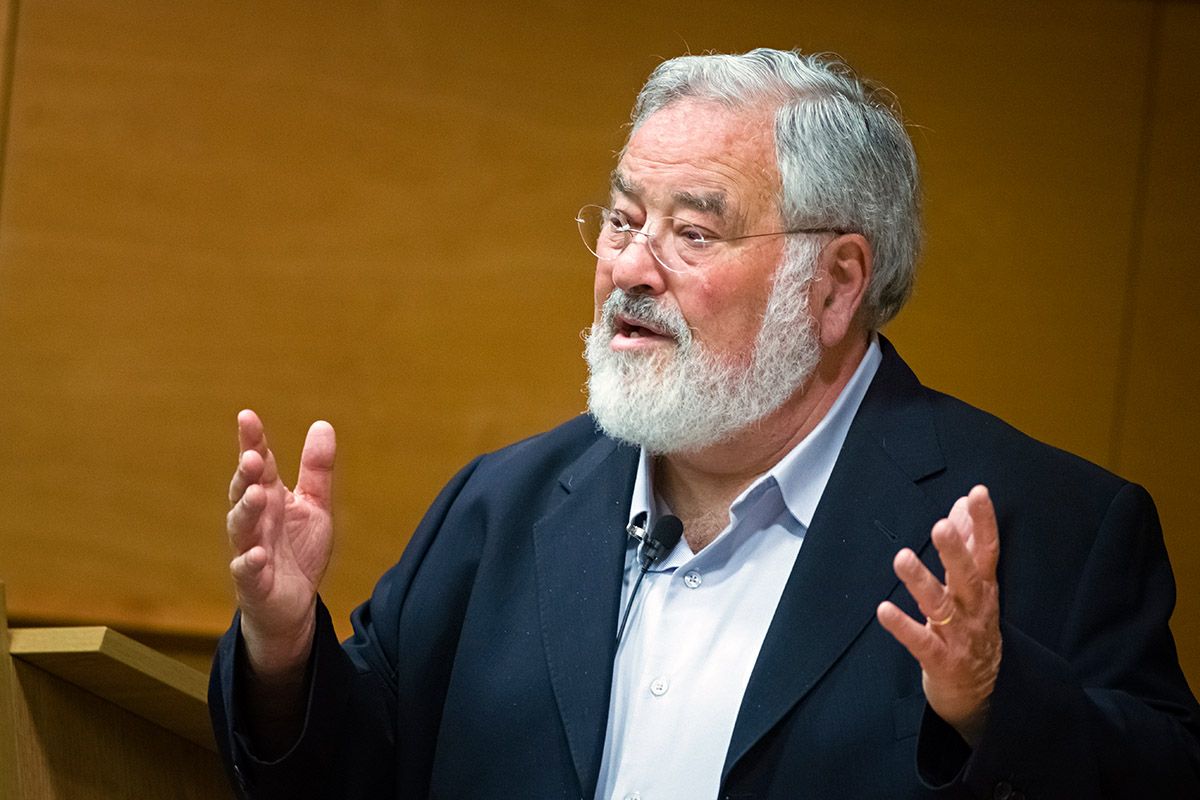 mute the input from our senses.

“When you perceive something—something comes into your eyes– you have about 1/10th of one second before it becomes conscious, and it will change in that 1/10th of a second to fit what you already know or believe. When facts come in that do not fit the way you already understand the world, they will go unseen, or will be ignored, ridiculed, or attacked,” he explained.

The frames through which we perceive are culturally conditioned and largely unconscious. They create rules, roles, and expectations. Take a simple example: the word “hospital.”

Anyone beyond the age of six knows what a hospital is and what happens there—even if he or she has never been to one. We all know that people go there when they’re sick. Doctors and nurses with special knowledge and tools take care of them. Other kinds of people make sure this occurs in an orderly way.

All this—and more–is instantly evoked by that one word.

Breaking a frame causes discontent. “Imagine you walk into a hospital to visit a friend and the receptionist gives you a scalpel and ushers you into an OR where there’s a doctor on the table. You know something is wrong because that’s not what’s supposed to happen.”

There can be more or less agreement about the meaning of a given frame. For “hospital,” there’s strong consensus. But what about a frame like “family?”

Along with frames, our reasoning is governed by metaphors, which seem simple but are neurologically complex. Take the idea of the “Glass Ceiling.”

Because a ceiling is “above,” the metaphor is based on verticality as indicator of success, so it involves centers that process spatial relations. The image suggests purposeful motion toward a destination, which implies desire. Since it signifies a goal clearly seen but invisibly blocked, it triggers frustration. Finally, it implies that the striver has the skills and smarts to reach the goal, and would do so were it not for an uncontrollable variable like gender, race, ethnicity. Thus it evokes anger at unfairness.

These two simple words engage a myriad of neurological pathways.

Lakoff says complex metaphors like this begin with simple bodily realities. The notion that more is up, and less is down begins when a child sees that adding liquid to a cup makes the fluid level rise, while pouring it out makes it go down. Simple enough, but we’re not conscious that this is the basis of a vertical metaphor like, “skyrocketing healthcare costs.”

Similarly, the use of temperature terms to describe emotionality has roots in infancy. “When you are held as a child and you simultaneously feel affection and warmth, your brain is activated in two places. The more they’re activated the stronger that association gets, until those brain centers find the shortest path and form a circuit, which ultimately manifests as metaphor.” Thus, we talk about a “warm welcome” or a “cold shoulder.”

From Primal Reasoning to Politics

Metaphors like this are primary, physical, and rooted in survival, says Lakoff. We all form hundreds by the time we’re 6 or 7 years old. Descartes was wrong to suggest reason is disembodied or dispassionate. In the absence of emotion, reason falters.

In his book, Descartes’ Error, neurologist Antonio Damasio describes people with damage to brain regions connected with emotion and empathy. They do not become super-rational like Star Trek’s Mr. Spock. On the contrary, they are incapable of rational decision. “If you can’t feel emotion– yours or others–how would you know what to want? You wouldn’t be able to decide what to do in any situation,” Lakoff says.

While the capacity to create frames is biologically hard-wired, the process of defining and linking them is learned. It is social—and ultimately political.

A person’s self-identity and “world view” are based on cultural narratives learned from others. These are, essentially, chains of metaphors linked to create stories and character types. Our culture is filled with them: rags to riches; the underground railroad; striving immigrants; victorious underdogs; intrepid pioneers; lovable rogues; virtuous outlaws; the champion of the common man; the tortured genius; the rugged individualist who “pulls himself up by his bootstraps.”

Hate His Policies, Love Him

For many people, Barack Obama embodied the underdog myth, beating the racial odds to become the first Black president. Reagan was a beloved workingman’s hero. John McCain is the loyal soldier who sacrificed for freedom. Many see Hillary Clinton’s candidacy as the epitome of the glass ceiling drama. 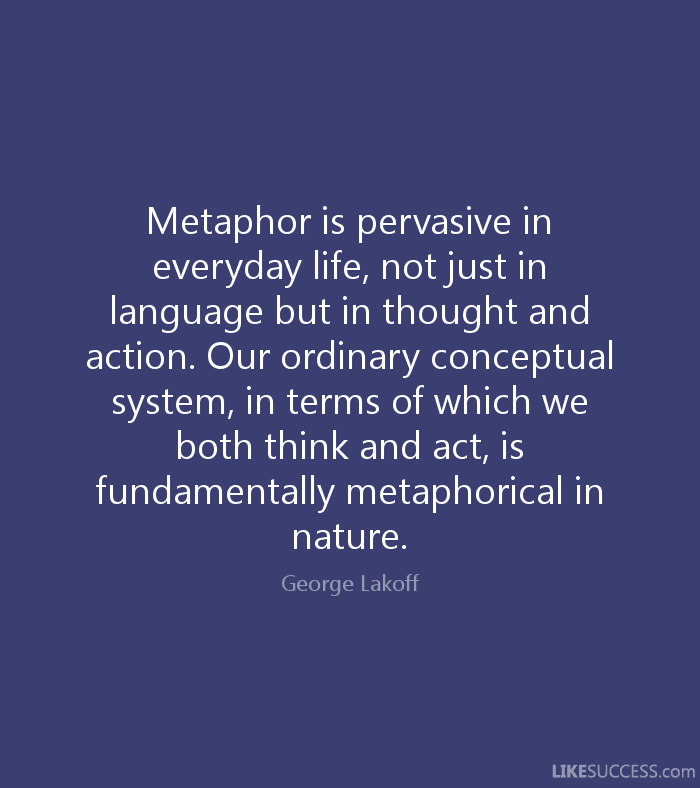 More than specific policies or issues, people vote for mythology and metaphor. It is not a conscious process, but Lakoff says it definitely has its own logic.

Early on in Ronald Reagan’s first presidential bid, his chief strategist, Richard Wirthlin, noticed a curious phenomenon: many Americans strongly disliked Reagan’s policy stances, but they liked him—and would vote for him despite their reservations. Wirthlin sought to understand this.

He found that when it came down to it, voters didn’t really care about “issues”. They cared about five things: Values, Communication, Authenticity, Trust, and sense of Common Identity.

Dr. Lakoff, who knew Wirthlin, says that those five items became the central tenets of Reagan’s highly successful campaigns. He won because he embodied a set of spoken as well as unspoken values. Despite—or perhaps because he was an actor—he could project authenticity and therefore trustworthiness. At the polling places, this mattered far more than any stated policy.

Nation as Family, Leader as Parent

In the course of his work, Dr. Lakoff began to wonder why it is that certain political stances seem to cluster together. He wondered why people who are against abortion rights often support the right to own machine guns? This same group also generally likes the idea of a flat tax and tort reform but tends to oppose environmental regulation. Similarly, people who advocate gun control usually oppose tort reform, but identify as pro-choice on abortion.

On face value, the issues are unrelated. There’s no obvious reason these policy stances should constellate so closely.

“I started asking why conservatives always talk about “family values” and what those values consist of. What I found is that we have a big cultural metaphor that the nation is a family. It makes sense, because for all of us the first experience of being “governed” is in the family.”

People across the political spectrum share this unconscious “Nation as Family” metaphor. But conservatives and liberals hold different frames and narratives on what a family should be. Lakoff observes two basic family models that get metaphorically projected into the political sphere:

The “Strict Father” model: This is the vision epitomized by influential conservative groups like James Dobson’s Focus on the Family. It holds that a strict father is necessary to support, protect, and direct a family. This is a man’s job, and the woman’s role is to support and enforce the father’s leadership.

The “Strict Father” view holds that children are essentially born “bad” in that they just want to do what feels good. They have to be taught right from wrong. The most effective way to do this is via physical punishment. Dobson holds that punishment must be painful enough so a kid learns to avoid “wrong” and develops discipline to do “right.” A father has a moral duty to administer necessary punishment, though he should not enjoy causing pain.

This family model emphasizes obedience. It’s the “This is not a democracy!” approach. The father’s discipline, reinforced by the mother ideally becomes internalized self-discipline, which makes a person strong enough to succeed and prosper in “the market.”