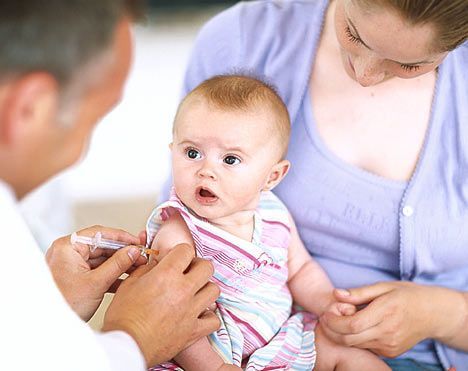 The nation got a double-dose of vaccine controversy earlier this month, following two surprising events that stunned members of the medical community and the public alike.

The article, titled “Make 2017 the year to avoid toxins (good luck) and master your domain” describes the dangers of toxic exposures and the overburdening of the body’s immune and detoxification systems with harmful agents that can trigger health complications, particularly among newborns.

Neides drew a connection between the presence of preservatives and adjuvants in vaccines to increasing rates of neurologic diseases like autism spectrum disorder (ASD) and ADHD. Noting the rapid increase in autism rates over the past few decades, he encouraged readers to discuss the risks and optimal timing of vaccinations with their doctors.

His post, which was not an official Cleveland Clinic communication, but did include the clinic’s widely-recognized logo next to Niedes’ byline, spread quickly, causing an uproar within medical circles and alarming health professionals who were shocked that a well-respected fellow physician would dare disavow what a majority considers to be one of the most significant life-saving advancements in biomedical history.

Cleveland Clinic leadership responded swiftly to Neides’ commentary, emphasizing that the Clinic “is fully committed to evidence-based medicine,” that “Harmful myths and untruths about vaccinations have been scientifically debunked in rigorous ways,” and that “appropriate disciplinary action will be taken” against Neides, whose views on vaccines “do not reflect the position of [the] Clinic.”

A Cleveland Clinic communications officer responsible for posting Neides’ articles to the non-affiliated Cleveland.com site unpublished it shortly after it was initially posted. The site, which is affiliated with the Cleveland Plain Dealer newspaper, promptly restored the original article and reportedly revoked Cleveland Clinic’s ability to access the site’s back-end to post content.

Neides’ post triggered a feverish reaction from physicians across specialties, with some vilifying him as “downright dangerous,” “irresponsible,” “anti-science,” and a 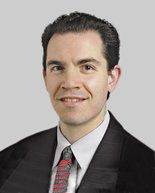 representative of “the new world order.” Some have called for his termination. Others have applauded Neides for his willingness to raise what they see as legitimate concerns not only about vaccines but about environmental toxins in general–an issue the medical community tends to overlook.

As an institution, Cleveland Clinic made it clear that certain modalities–like vaccines–are beyond critique, and that physicians employed there should think twice before publicly sharing a personal view especially one considered “fringe” by mainstream institutions.

The Neides incident prompted Cleveland Clinic’s CEO, Delos “Toby” Cosgrove, who several years ago spearheaded the Cleveland Clinic Functional Medicine center, to issue a statement reminding employees that, “Whether we realize it or not, every caregiver is a representative of Cleveland Clinic. How we engage in our lives outside of work can be linked back to our health system.” He closed with an admonition in the form of a request: “Our good name is among Cleveland Clinic’s greatest assets. Please help us protect it.”

Neides consistently earns very high patient satisfaction ratings, and received an outpouring of public support from citizens who share his concerns about vaccines. This included a petition with more than 2,700 signatures urging the Cleveland Clinic not to punish the doctor for his views.

In a formal–and probably coerced–official statement, Neides wrote: “I apologize and regret publishing a blog that has caused so much concern and confusion for the public and medical community. I fully support vaccinations and my concern was meant to be positive around the safety of them.”

Just two days after vaccine opinion-itis broke out in Cleveland, President-elect Donald Trump loudly reiterated his belief—widely dismissed by much of mainstream medicine– that vaccines not only cause autism, but are responsible for the current epidemic of autism spectrum disorders. The new president initially voiced this view in a March 2014 tweet: “Healthy young child goes to doctor, gets pumped with massive shot of many vaccines, doesn’t feel good and changes – AUTISM. Many such cases!” 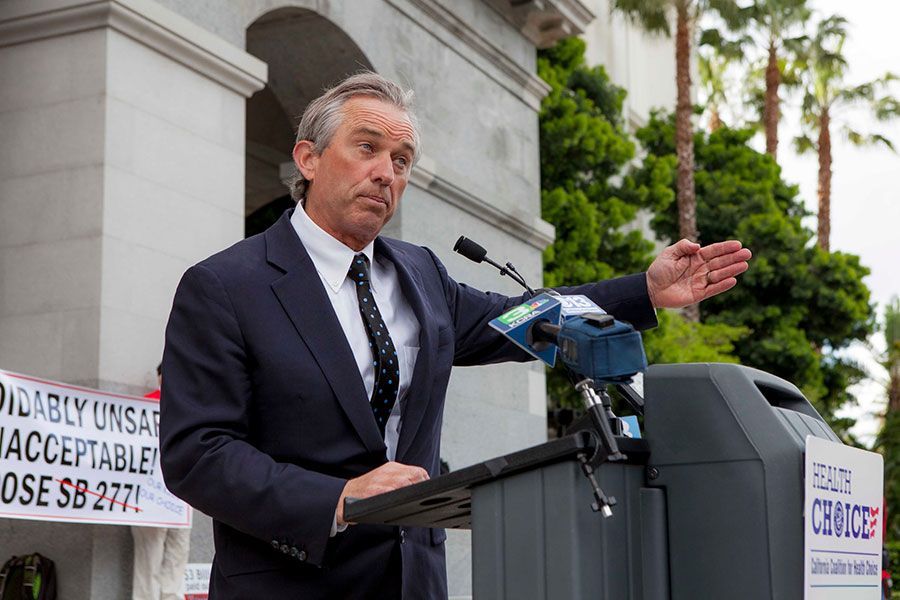 Trump took a further step in calling for creation of a new federal committee on vaccine safety with the goal of ensuring “scientific integrity” in the “vaccine process.” To the shock of many Democrats, he asked Robert F. Kennedy, Jr. –a longstanding vaccine critic, environmental activist, and son of liberal icon, Sen. Robert “Bobby” Kennedy to be the chairman.

Kennedy insists that he is not categorically “anti-vaccine,” any more than he is categorically “anti-fish” because he has been vocal about the potential risks of mercury contamination in seafood. But he share’s Trump’s view that there is a link between vaccines and autism, an idea that most of mainstream medicine categorically dismisses.

Among his many controversial publications on the topic, Kennedy edited a 2014 book called Thimerosal: Let The Science Speak, which, “exposes the dangerous — and wholly unnecessary — use of the mercury-based preservative thimerosal in vaccines being given to millions of children and pregnant women here and around the world.”

While there are many in the autism community that believe there is a link with vaccines, others were quick to distance themselves from Trump and Kennedy. As reported by CNN, Autism Science Foundation president Alison Singer said after Trump’s meeting with Kennedy that “the scientific research has been done and the results are clear — vaccines do not cause autism.” Singer also argued that some people may choose not to believe the facts, but perpetuating a myth from the very highest levels poses a dangerous threat to public health.”

It is difficult to imagine that the budding “bromance” between Trump and Kennedy will extend beyond the vaccine issue. Kennedy is an outspoken environmental activist who 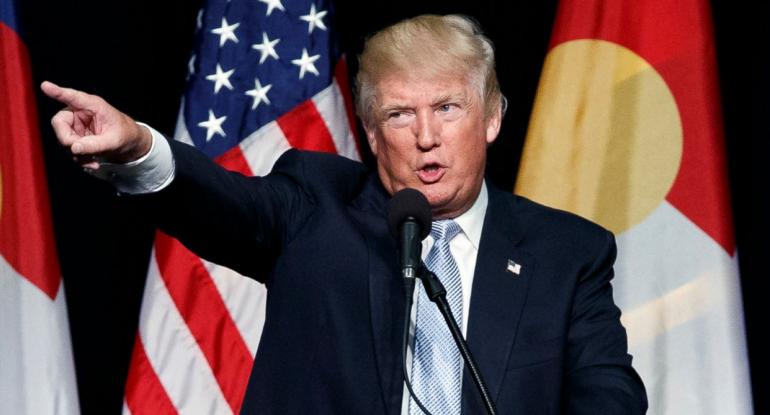 stood with protesters at Standing Rock to stop the construction of the Dakota Access Pipeline. His views on the environment are not likely to make Kennedy popular with Trump’s petro-friendly cabinet, and a cynic might wonder whether this vaccine commission is really just an attempt to demonstrate “bipartisanship” while simultaneously preoccupying–and thereby neutralizing–a high-profile environmental adversary.

This is certainly not the first time the vaccine debate has garnered national media attention. Few healthcare issues arouse as much passion, rancor and hyperbole as this one. But its current positioning on the national stage has fueled massive concerns about the potential implications of widespread anti-vaccine rhetoric on future public health.

Many view Trump’s vaccine statements as simply one more example of his willingness to adopt anti-authoritarian conspiracy theories and iconoclastic stances — but one with huge potential consequences. As the New Yorker’s Michael Specter wrote, “the Trump vaccine commission is not simply a bad idea — it is a deadly one.”

If Trump’s assertion that vaccines cause autism rings like a defiant call to arms for the so-called “anti-vaxxers,” statements like Specter’s reflect an equally emotional and unquestioning faith in the absolute benificence of vaccines. Lost in the polemics are the more nuanced questions around vaccine safety which, in a fiercely pro-vaccination world, cannot easily be raised without retaliation.

For example, it may be possible that for the vast majority of children vaccines are safe and without consequence, while for certain subgroups with specific genetic predispositions, those same shots become problematic. In the book, Vaccines & Autoimmunity (Wiley Blackwell 2015) authors Yehuda Shoenfeld, Nancy Agmon-Levin, and Lucija Tomljienovic, cite a number of studies showing that variants of the HLA (human leukocyte antigen) gene family are strongly associated with vaccine-induced autoimmune reactions.

Is a researcher or clinician inherently “anti-science” or “irresponsible” if she or he publicly raises these data and suggests that they may have clinical implications? Does raising a question about vaccine safety automatically mean that someone is advocating the ban of all vaccines?

While the Kennedy-Trump announcement is arguably the bigger story, the unfolding drama surrounding Dr. Neides and the Cleveland Clinic may be the more important one–at least from the perspective of clinicians who hold unorthodox views.

Undoubtedly, many integrative health professionals have, like Neides, wrestle with difficult clinical and health policy questions they believe should be raised openly– but which also run counter to prevailing medical wisdom.

Leaving aside the question of whether there is, at this point, any legitimate reason to question the safety of vaccines, the Cleveland Clinic situation raises profound questions about physicians’ freedom of thought and speech.

The tremendous amount of negative publicity Neides’ blog generated was viewed by some as an embarassment to one of the world’s most respected medical institutions. It prompted the clinic’s CEO to issue a polite but forceful admonition encouraging what amounts to a subtle form of group-think.

The Cleveland Clinic has already stated that the vaccine fallout is prompting a thorough review of the types of services, clinical advice, and health products being provided by the Wellness Institute which Dr. Neides runs. In a sense, all other holistic modalities have become guilty by association owing to the physician’s view on vaccines. 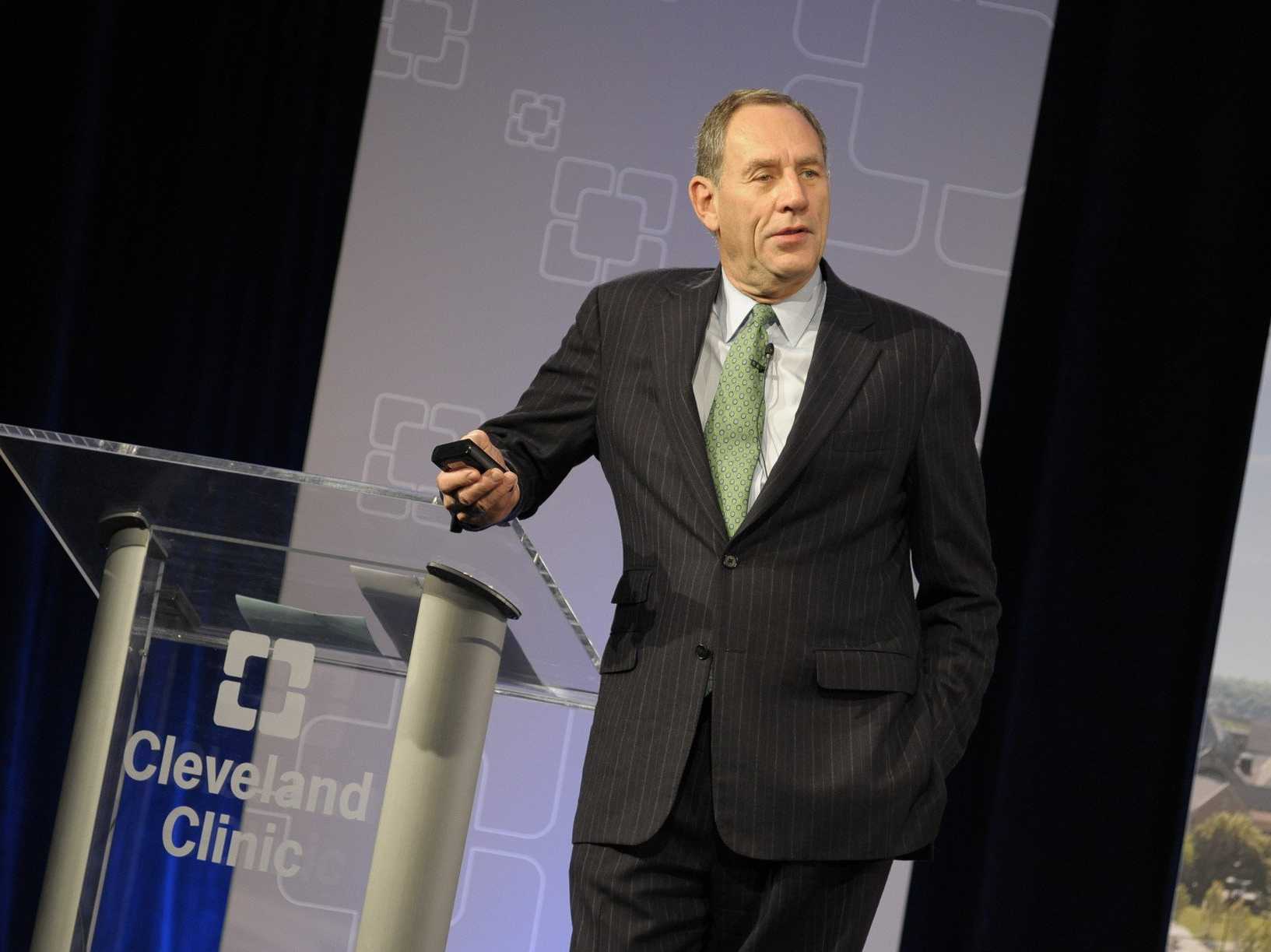 If Neides does, in fact, receive the “disciplining” promised in the Clinic’s public statements, it will likely discourage other integrative physicians from voicing opinions that run counter to or are critical of mainstream medicine. That, in the long run, could be detrimental to the entire field of holistic and functional medicine and to healthcare in general. An atmosphere in which clinicians do not feel free to raise questions, publish observations and opinions, or explore alternative viewpoints, is one that will kill innovation.

Understandably, Neides’ post and the specter of a Trump-Kennedy vaccination committee announcement, have raised fears about a backlash against vaccines and some hard-won public health victories. Most experts agree that there are enormous individual and public health benefits  obtained from vaccines. “Deadly, debilitating diseases like polio, smallpox and measles are no longer the threats they once were, thanks to vaccines,” said Cleveland Clinic CEO Toby Cosgrove, MD last week in a statement affirming the Clinic’s commitment to vaccinations.

Many see it in clear-cut black or white terms: One is either “pro-vax” or “anti-vax.” People feel they must take a stance either for or against vaccines. In healthcare institutions the pressure is almost exclusively on the “pro-vax” side, and any viewpoint calling vaccine efficacy or safety into question immediately banishes the critic into the shameful “anti-science” anti-vaccine camp.

The holistic medical community appears split on the polemical vaccination subject: many clinicians hold the view that vaccines are unquestionably safe while others, like Neides, believe that while vaccines are “helpful when used properly,” adjustments in vaccination timing and a clear understanding of individual patients’ epigenetics could lead to safer and more effective vaccine use. A relatively small but outspoken number believe they are outrighly and inherently dangerous.

No doubt, healthcare institutions and organizations are feeling pressure to take a firm stance on vaccination.

“IFM’s medical education supports the use of vaccinations,” the Institite says. “Vaccinations against a variety of diseases have been a critically important step forward in medical science. Vaccines have been studied extensively, and while continued critical evaluation and discussion about all medical treatments is the way science moves forward, vaccination administration is an important standard of care that is supported by IFM.”

Michael Jawer, Director of Government and Public Affairs for the American Academy of Naturopathic Physicians (AANP) says his organization is in the process of evaluating its official position on vaccines with the goal of issuing a formal statement this summer.

Vaccines live at the intersection of many contentious societal issues: childhood health and wellbeing; the balance between personal autonomy and public good; the rightful extent of governmental authority; the influence of corporate interests on public health policy.

In many ways, the heated polemics that characterize discussion of vaccines likely has more to do with these issues than with vaccine science itself.

As the debate continues to unfold both on the largest possible public stage and in the day-to-day lives of the public, many integrative practitioners and institutions will face challenging decisions about what to ask, where to raise the questions, and the willingness to voice concerns despite potential censorship or punishment.

It will be increasingly important to discern between actual scientific and clinical questions about vaccines, and the deeper social and political issues that often hide beneath this seemingly cut-and-dried topic.