In a head to head comparison trial, a standardized form of curcumin—a bioactive compound found in the spice, Turmeric–proved as effective as fluoxetine in reducing signs and symptoms of major depression. 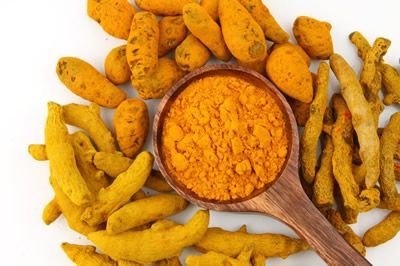 Turmeric (Curcuma longa), a staple ingredient in Indian cooking, has generated considerable research attention over the last decade, partly in response to the growth of interest in Ayurveda and other forms of Asian medicine. A large body of clinical research describes the anti-inflammatory properties of curcumin when used as a food, and also when taken as a dietary supplement.

According to Ajay Goel, MD, of Baylor University Medical Center’s Sammons Cancer Center, the new finding that curcumin can reduce depression is in line with the increasing evidence linking depression with chronic, systemic inflammation.

Dr Goel, Director of Epigenetics & Cancer Prevention at Baylor, is at the forefront of clinical research into the potential therapeutic effects of turmeric and other common medicinal herbs. On the current study, he and his team worked in partnership with researchers at the Sir Takhatsinhji General Hospital, Gujarat, India.

They randomized 60 patients with longstanding major depression as defined by Hamilton Depression Rating Scores (HAM-D17), to treatment with fluoxetine (20 mg/d), curcumin 1,000 mg/d (as twice daily doses of 500 mg), or a combination of the drug and the herb together. The form of curcumin used in the trial was the BCM-95 standardized extract produced by Arjuna Natural Extracts, and containing 88% curcuminoids.

The patients, who had a mean age of 34 years and a mean baseline HAM-D score of 21, were evaluated at 2, 4 and 6 weeks after starting treatment by clinicians who were blinded to the assigned treatments.

The strongest response was in the group receiving combination therapy, with 77.8% of these patients showing a 50% or better reduction in symptom scores.

As monotherapies, fluoxetine and curcumin were more or less equivalent, with 50% score reductions obtained in 64.5% and 62.5% respectively. Dr. Goel noted that the difference between the two was not statistically significant.

Overall, there were full remissions of depression in 53% of the fluoxetine patients, 38% of the curcumin patients, and 56% of those taking the drug and herb in combination (Sanmukhani J, et al. Phytother Research 2013).

There were no differences in incidence of treatment-related adverse effects between the three groups. The most common complaint associated with curcumin was gastritis, reported by 6% of those in the monotherapy group, and 17% of those in the curcumin-fluoxetine group.

Dr. Goel noted that the curcumin dose in this study was fairly small, adding that he was pleasantly surprised by the antidepressant effect. “We knew that curcumin was a very strong anti-inflammatory, so we expected it to work, but we never expected it to work as well as prozac.”

This study followed closely on the heels of a trial by Joseph Bergman and colleagues at the Tirat Carmel Mental Health Center, Israel, who compared curcumin 500 mg/day versus placebo as add-ons to standard drug treatment (escitalopram or venlafaxine).

The Israeli team found that both the curcumin and the placebo gave additional benefit over pharmaceutical treatment alone in terms of reducing HAM-D scores and Clinical Global Impressions ratings (Bergman J, et al. Clin Neuropharmacol. 2013; 36(3): 73-7) Though there was no significant difference, they reported that “patients in the curcumin group demonstrated a trend toward more rapid relief of depressive symptoms.”

Dr. Goel believes curcumin represents a meaningful option for people with depression who are reluctant to use pharmaceutical antidepressants or for whom these drugs prove ineffective or problematic due to adverse effects.

He added that curcumin is readily obtainable for those who love Indian cuisine.
“If you can eat turmeric in your food every day, 3 meals a day, as is common in many parts of India, where I am originally from, you could potentially get enough curcumin to experience an antidepressant effect. Living here, most people are not eating 3 meals containing turmeric, so they’ll probably have to get it from supplements.”

In 2012, Dr. Goel’s team showed that BCM-95 curcumin, at a dose of 500 mg twice daily, was equivalent to Diclofenac, 50 mg, twice daily, in reducing the symptoms of rheumatoid arthritis (visit www.holisticprimarycare.net and read, Healing the NSAID Nation: Finding Safer Alternatives for Chronic Inflammation.)

His group has also shown that curcumin is helpful in prevention of colon, breast, and prostate cancer. “It is proven over and over. And all these effects are due to the fact that curcumin is a very, very strong anti-inflammatory compound. Inflammation is the root cause of most chronic diseases. If we can reduce inflammation, we can reduce all of these things. Curcumin provides an effective natural way of doing this with very low risk of adverse effects.”

The BCM-95 standardized curcumin is available commercially in the US from EuroPharma (www.EuroMedicaUSA.com)