Insulin resistance may be the reason so many bipolar patients do not respond to treatment.

Until recently not much had been known about the impact of insulin resistance on bipolar disorder. But over the last five years, researchers have shown a strong relationship between the two.

It seems that insulin resistance leads to greater morbidity, chronicity and disability in people with bipolar disorder. It also lowers treatment response to Lithium.

In a sense, a state of insulin resistance adds fuel to the fire of bipolar disorder, speeding up the cycling process.

Back in June 2010, Kemp and colleagues at Case Western Reserve University reported the first data suggesting a correlation between bipolar disorder and insulin resistance.

Fuel to the Fire

Their study of 225 patients indicated a significant positive correlation between baseline depression severity and the number of organ systems affected by medical illness. Diseases of the endocrine or metabolic systems were inversely correlated with remission from depressive symptoms, and obesity was specifically associated with poorer treatment outcome.

The Kemp group also observed that the presence of comorbid substance abuse differed significantly according to baseline BMI. Drug abuse lowers the odds that someone will respond to bipolar treatment, but only among patients with a BMI ‡ 23.” (Kemp et al. Bipolar Disorders, June 2010; 12(4):404-413.).

The researchers concluded that in patients with rapid-cycling bipolar disorder who are taking lithium and valproate, the presence of endocrine or metabolic illnesses, including overweight and obesity, is associated with greater depressive symptom severity and poorer treatment outcomes.

These correlations are certainly compelling, but it can be difficult to draw firm conclusions about cause and effect.

Fast-forward five years, to a joint Canadian-Czech study published in the British Journal of 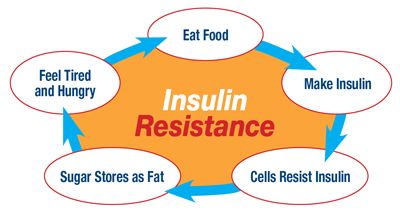 Psychiatry that sheds greater light on the complex but important relationship between glucose metabolism and bipolar disorder.

Alda and colleagues measured fasting glucose and insulin in 121 adults with bipolar disorder in order to diagnose type 2 diabetes and/or insulin resistance.

“The National Institute of Mental Health Life Chart was used to record the course of bipolar disorder and the Alda scale to establish response to prophylactic lithium treatment,” the authors note.

In conclusion the researchers state, comorbid insulin resistance may be an important factor in resistance to treatment in bipolar disorder (Alda, et al The British Journal of Psychiatry, Jan 2015, 206 (1) 52-57).

Most recently, in January 2016, a new study shows that people with bipolar disorder and T2D or insulin resistance have greater morbidity, chronicity and disability of the bipolar symptoms, as well as lower treatment response to Lithium.

The study shows that “T2D or insulin resistance frequently co-occur with bipolar disorders and are associated with negative psychiatric clinical outcomes and compromised brain health. This is clinically concerning, as patients with bipolar disorders have an increased risk of metabolic syndrome and yet often receive suboptimal medical care. At the same time treatment of T2D and insulin resistance has positive effects on psychiatric and brain outcomes.” (Hajek, et al Current Opinion In Psychiatry, January 2016;29(1):1-6).

The authors, who are part of the Canadian-Czech project based at Dalhousie University, Halifax, write that, “These findings create a rich agenda for future research, which could enhance psychiatric pharmacopeia and directly impact patient care.”

This line of research underscores a very important point: nutrition and diet can play a big role in changing outcomes for bipolar patients with metabolic syndrome, diabetes and BMI’s over 25.

Something as simple as a healthy diet, reduced portions, and nutrition education can potentially improve patients’ response to conventional drug therapy. That’s in addition to the myriad other health benefits they will likely obtain.