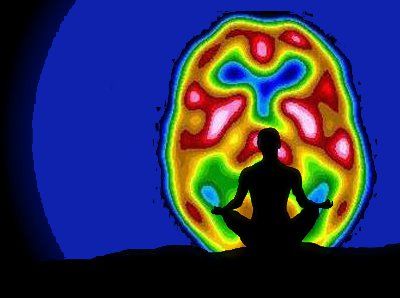 Many of my patients are skeptical when I first tell them that something as simple as meditation could be their best cure.

For many people, the word “meditation” evokes the image of someone in lotus position, eyes closed and looking peaceful. It seems like something that likely requires a great deal of practice, patience, time, and effort. So people put it off.

But the reality is much simpler, and the health benefits are profound.

We know that stress is a contributing cause of roughly 80% of all complaints presenting to us as primary care physicians. A regular practice of mindfulness and working on controlling our minds can combat stress and help prevent and heal chronic disease. That’s true for our patients, and for us as clinicians.

There have been many studies on the effect of meditation on the brain and body. A regular practice has been proven to literally change the brain, lower anxiety, depression and pain, improve attention and overall psychological wellbeing, and improve heart health. Meditation also reduces inflammation, which increases the body’s immune function and decreases pain.

Your Brain on Meditation

Transcendental Meditation (TM), a popular form of meditation training developed and promoted by the Indian teacher Maharishi Mahesh Yogi, has been the subject of a number of medical studies. While the findings are variable, and it can be difficult to control for bias and subjectivity in studies of modalities like meditation, there are many significant indicators of actual physiological changes resulting from regular practice of TM and other meditative disciplines. 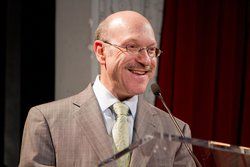 The way meditation changes gray matter volume is by fostering connections between the posterior cingulate, dorsal anterior cingulate, and dorsolateral prefrontal cortices—brain regions thought to be involved in self-monitoring and cognitive control—while reducing activity in what is termed the “default-mode network,” a set of brain pathways associated with mind-wandering and self-referential processing. High levels of DMN activity—which typify the waking states of most individuals—is strongly correlated with anxiety and unhappiness (Brewer JA, et al. PNAS. 2011;108(50): 20254-20259).

These are not just “subjective” changes.

Referring to a landmark study published in 2004, Dr. Richard Davidson, director of the Waisman Laboratory for Brain Imaging and Behavior and founder of the Center for Healthy Minds at the University ofWisconsin-Madison notes that, “On EEG, long time meditators– more than 10,000 hours of practice–their brains are different than ones that don’t meditate. The changes to the brain structurally, and the changes to the EEG were permanent. They were able to self induce gamma waves (related to attention, consciousness), and had gamma synchrony.”

While many of the more dramatic brain imaging studies have been on experienced meditators with longstanding and regular meditation practices, there is also evidence to suggest that just a couple of weeks of regular meditation can help people increase productivity by increasing their focus and memory (Mrazek MD, et al. Psychol Sci. 2013: 24(5): 776-781). Meditation has also been shown to help with smoking cessation (Tang YY, et al. PNAS. 2013: 110 (34): 13971-13975)

Regular meditation has the ability to reduce the risk of heart attack and stroke in people at risk; it increases 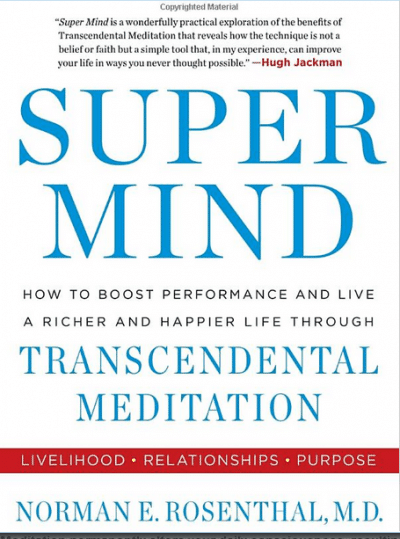 Several years ago, the American Heart Association issued a position statement recognizing TM as a complementary treatment for high blood pressure. AHA also endorsed the practice as a substitute for certain other medical approaches, depending on circumstances.

As Dr. Rosenthal famously stated, “if Transcendental Meditation could be put into a capsule and marketed like a pharmaceutical, it would be a billion dollar blockbuster.”

He notes that beyond it’s “medical” effects, the regular practice of TM can help people create what he calls the “Super Brain” — a brain that is coherent, even tempered, grounded and calm. This leads to better physical health, enhances life experiences and optimizes interpersonal relationships and cognitive functioning.

“Meditation expands mental capacity and one becomes creative, accomplished and you feel better,” Dr. Rosenthal stresses. TM also improves perspective, increases happiness, and helps you get in touch with yourself.

People who practice meditation regularly report a feeling of transcendence entering their waking hours, which helps bring their bodies back into balance. Regular meditation helps us make healthier choices, boosts self control, increases focus, organization, efficiency and the ability to prioritize tasks.

Combined, all these processes tend to enable people to work less and yet accomplish more. Mundane activities become less boring, and it becomes easier to switch gears. Mindfulness helps people become more perceptive and appreciative of the world around them, which leads to an increase in compassion, social connection and emotional intelligence.

Dr. Rosenthal regularly recommends TM to his patients, noting that it is effective and easy to learn for anyone over 11 years of age. He has gathered numerous case studies wherein patients experienced dramatic improvements in serious chronic conditions; seven were able to lower their medication use.

That said, he is not pushing a view that TM or any form of meditation should be a substitute for medical therapies when needed.

But physicians should not ignore the strong and mounting evidence that meditation positively affects physiology in many different ways. It should have a place in the spectrum of preventive and therapeutic modalities that clinicians recommend, and it is critical we start to not only relay its importance to our patients, but to make it a part of our own daily lives.

Meditation need not be daunting or difficult. And while many of the meditative disciplines available to us today have their roots in ancient religious or spiritual communities, meditation itself need not have any religious trappings.

It is really about calming the mind and restoring autonomic balance, and it can take many forms. Start by going for a walk without distractions, or doing a few yoga stretches or deep breathing exercises. The most important thing is to give yourself time to just BE, without doing anything. Your body and brain will heartily thank you for it!