Restoring Health Where the Heart Meets the Brain

There is considerable research showing that obese people have high risk for depression and vice versa. Those with bipolar disorder have higher prevalence of hypertension and elevated blood glucose. Cardiovascular risk factors are often high in people with mental, cognitive or mood disorders, and vice versa.

Yet, in terms of treatment, the diagnostic coding system forces clinicians to deal with these conditions as if they were separate and distinct, and as if each organ system was it’s own independent universe.

That may be a convenient way to organize codes, and to think about symptom patterns, but it’s not in synch with biological reality, says nutrition consultant Scott Minton, PhD.

“A lot of people are suffering from things like metabolic syndrome, with a constellation of factors 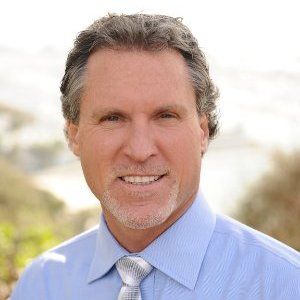 coming into play. You can’t really deal with that by targeting different drugs—or even nutrients–to all the different symptoms.”

Dr. Minton, a featured speaker at the upcoming Heal Thy Practice conference in San Diego in October, holds that CVD and neurocognitive problems may be more alike than they are different.

“Obesity, hypertension, atherosclerosis, blood sugar imbalances, diabetes…these are cardiometabolic problems that affect people across many different organ systems, including the nervous system.” Likewise, conditions like depression and bipolar disorder are systemic disorders, not just neuropsychiatric ones.

“We know physiologically that the brain is related to the cardiovascular system and vice versa. The brain is fed by blood vessels, and the brain controls a lot about how the heart beats, how vessels contract and relax. The two systems are intimately related, but our therapies tend to be focused on one or the other. What if there was a way of dealing with all the separate risk factors and symptom patterns simultaneously and systemically?”

Dr. Minton holds that the key to a more holistic and multi-system treatment approach is to look at physiological mechanisms that modulate cell membrane receptors, channels, and associated signal transduction pathways to support optimal health.

Omega-3 fatty acids play a major role in these processes, and that’s one reason why they have been researched—and in many studies shown benefit—in the context of both cardiovascular and neurological disorders.

“The body has 60 trillion cells, all of which are made up of outer and inner membranes. Those membranes are made out of two layers of fat. The fatty acid composition of those layers has large impact on how flexible the membranes are, how fluid they are, how well the cells function,” Dr. Minton told Holistic Primary Care.

Many people try to eat healthfully, yet their cardiovascular and neurocognitive profiles don’t change much. “In many cases, its because there’s an imbalance of how the cells are being made, at the membrane level. Modify that at the foundational level, and a lot of the cardiovascular and cognitive issues start to change.”

At Heal Thy Practice, Dr. Minton will explore the common cellular roots of cardiovascular and neurocognitive conditions and the emerging science on the role of EPA and DHA in modulatingmembrane receptors and transduction pathways to support optimal health.

“We will review the physiological features that link cardiovascular, cognitive, and limbic functions, and I’ll share some practical tools to determine clinically effective doses of EPA and DHA.”

Dr. Minton’s workshop is sponsored by Nordic Naturals, the Gold Sponsor for Heal Thy Practice 2015. The sponsorship is part of a yearlong celebration of Nordic’s 20th anniversary of its founding, and it reflects the company’s longstanding commitment to physicians and other healthcare professionals.

Since 1995, Nordic Naturals has worked diligently not only to provide healthcare practitioners with the highest quality marine-based omega-3 products, but also to forward our understanding of the science and the clinical application of omega-3 fatty acids.

“It’s about changing foundational structure and metabolic activity at the cellular level, and affecting the body as a whole,” said Dr. Minton.

Omega-3s are not symptom-relieving drugs, and it is a mistake to think of them in that way. Rather, they produce, “homeostatic changes that shift the body toward optimal balance,” says Dr. Minton.

He hopes attendees will come away from Heal Thy Practice with tools that can help them be a bit more artful in how they use omega-3s clinically.

He believes carefully tailored use of omega-3s could reduce the need for drug therapies in many people with cardiovascular or neurocognitive disorders.

“Drugs don’t cure things, they just manipulate metabolism. They speed some things up and slow some things down. They’re compensating for a metabolically out of balance body. We tend to overuse drugs to try to control a body that could potentially work much better if it were given what it needed nutritionally. I believe we can use omega-3s and other nutrients together with the drugs. It is not one or the other. But we can reduce the toxic load of drugs by improving metabolism at the cellular level.”