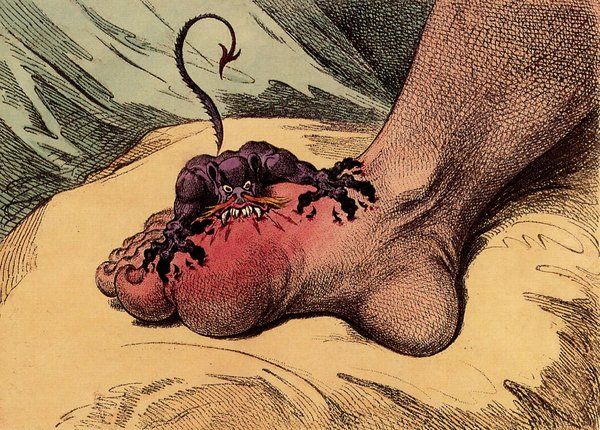 With gout on the rise in the US and other industrialized nations, many people are seeking natural remedies for this ancient, diet-related scourge.

Vitamin C seemed like a very likely candidate a few years ago when researchers showed that a moderate daily dose could increase the excretion of uric acid—the main culprit in gout.

A new study confirms that vitamin C does indeed raise the output of uric acid, but not to a degree sufficient to make a difference in terms of reducing gout symptoms.

Lisa Stamp, PhD, and colleagues at the University of Otago, Christchurch, New Zealand, studied 40 patients with serum urate levels greater than six mg/dl, meaning that they already had gout. Twenty patients were already receiving allopurinol, a standard drug therapy for gout. They were randomized to either an increase in the drug dose, or 500 milligrams per day of vitamin C.

The other twenty patients, who had not been taking allopurinol, were randomized to 100 mg of allopurinol per day, or 500 mg vitamin C.

Among the allopurinol-naïve patients, those who were started on the drug showed a clinically significant reduction in serum urate after 8 weeks, but those in the vitamin C group did not.

Additionally, patients who received vitamin C in addition to allopurinol experienced no additional benefit from the vitamin, beyond that experienced by other patients in the allopurinol group, Dr. Stamp reported (Stamp LK, et al. Arthritis Rheum. 2013; 65(6): 1636-42).

Though the findings showed no clinical effect, she stressed that this study does not conflict with prior studies showing that 500 mg of vitamin C increased urate excretion among patients without gout.

“There was definitely a reduction in uric acid among patients who took vitamin C. But it was so small that it was not likely to provide any benefit to a patient with gout.”

Other past studies have suggested that individuals with high vitamin C levels were less likely to get gout. That may be so, but Dr. Stamp contends that vitamin C is no panacea for the prevention or treatment of gout. “The magnitude of effect from the Vitamin C was about the same, whether the patient has gout or not,” she said.

“I think it may be possible to get a bigger reduction in uric acid if patients take more vitamin C, but the trade off risk is the development of other problems such as kidney stones. When we’re talking about treating gout, people are going to be on some form of treatment for most of their lives. People would have to keep taking it every day, and it’s not practical for people to receive intravenous vitamin C every day for years on end,” she explained.

She believes genetics plays a large role in renal uric acid excretion, adding that New Zealand has more gout than the rest of the world, because the indigenous population has a very high rate of the disease.

Gout is caused when a build-up of uric acid in the body causes the substance to saturate the joints, often the joint of the large toe. Lowering serum uric acid below six mg/dl for a 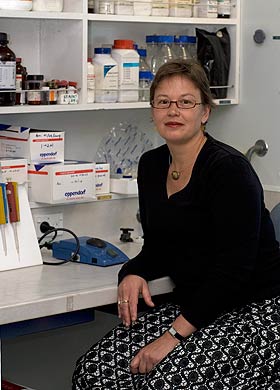 year will usually cause the disease to go away.

“We all naturally have uric acid, which we sometimes get from food, and we also naturally make uric acid when the cells in our body die,” said Dr. Stamp. “In fact, we need uric acid, which plays a role in maintaining blood pressure, and also probably has some effects on the immune system and brain.”

“But most people with gout have a problem getting rid of uric acid because they can’t get rid of it through their kidneys. Some have a problem with specific uric acid transporters within the kidney, and another group has their kidney function deteriorating,” she explained.

Vitamin C reduces serum uric acid levels because it increases the excretion of uric acid through the kidneys. “There’s also a suggestion from very old literature that vitamin C might stop the body from producing uric acid,” she said.

People interested in natural non-drug approaches for managing gout would do well to consider the dietary component of the disorder, Dr. Stamp pointed out. High intake certain foods such as red meat, shellfish, and alcohol (especially beer) are associated with higher rates of gout. So, it makes sense to limit consumption.

Dr. Stamp’s team is working on other gout treatment studies, but at this point she’s given up on the prospect of vitamin C. “We don’t think the evidence is strong enough to look at additional vitamin C treatments.”