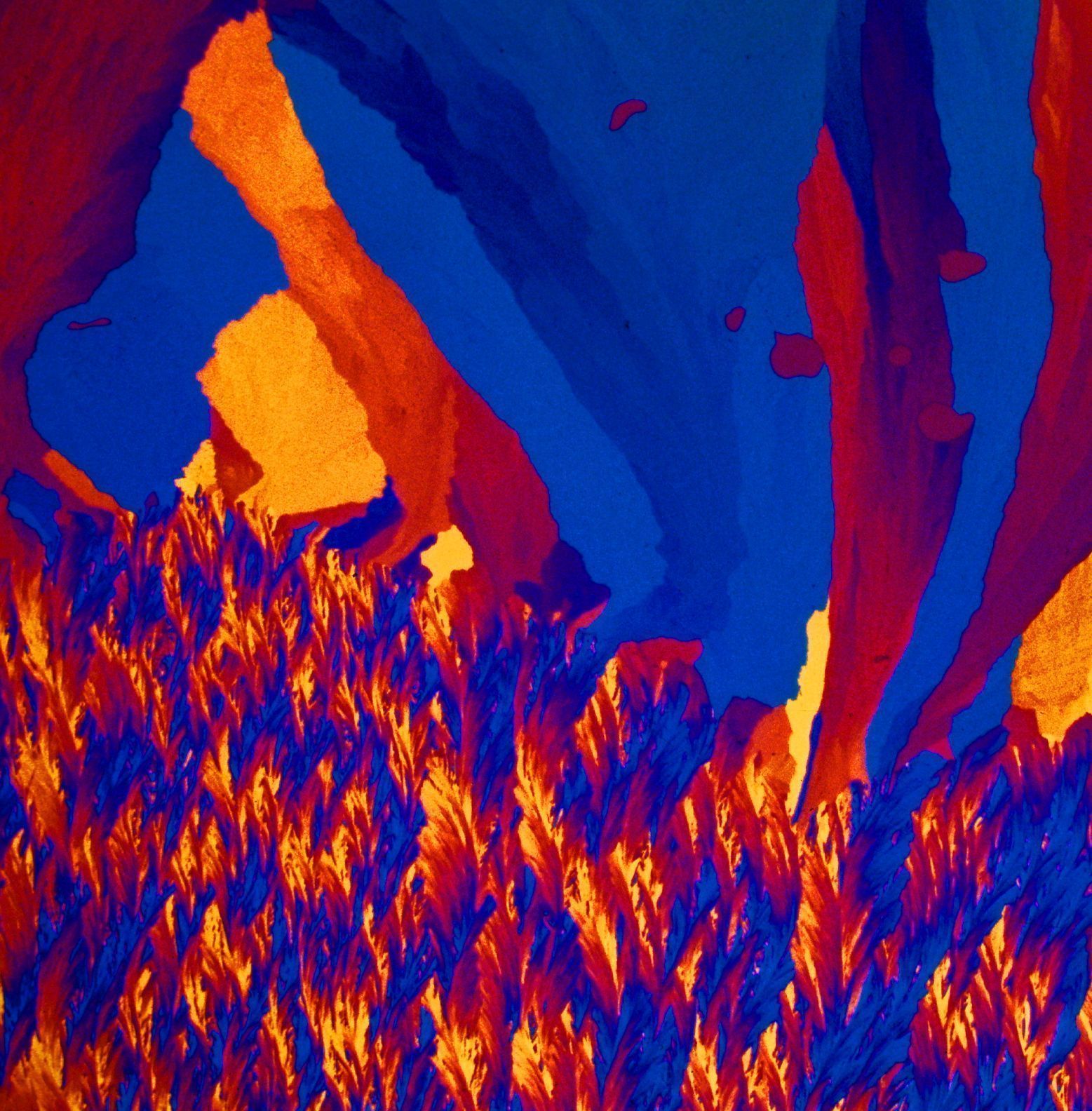 NEW YORK ⎯ The role of vitamin D in cancer care was the subject of considerable attention at the recent Society for Integrative Oncology 7th annual assembly. Researchers and clinicians gathered at the meeting seemed to be moving toward a consensus that high-dose vitamin D supplementation has potential to markedly reduce risk of primary breast cancer as well as breast cancer recurrence, with minimal risk of toxicity.

Data presented at the meeting–held just two weeks before the Institute of Medicine’s Nov. 30 consensus statement dismissing the potential of vitamin D beyond bone health—indicate that women with serum levels under 20 ng/ml are at significantly increased risk of breast cancer, that raising levels to 50 ng/ml mitigates that risk, and that oral doses upwards of 10,000 IU/day are safe for women at risk of breast cancer.

While there are still many unanswered questions about the role of vitamin D in cancer prevention and treatment, speakers at the conference were largely in agreement that the standard Recommended Daily Allowance of 400 IU/day is grossly inadequate and has little scientific basis. The Institute of Medicine’s new recommendation of 600 IU for adults—including post-menopausal women won’t likely change anything.

Some of the strongest recent data comes from the Long Island Breast Cancer Study Project, which involved 1,026 women with breast cancer diagnosed between 1996 and 1997 compared with 1,075 matched controls. Vitamin D deficiency, defined as a serum level under 20 ng/ml, was common in both groups, but more prevalent among the women with cancer, reported Katherine Crew, MD, an epidemiologist at Columbia University College of Physicians & Surgeons, and lead investigator on the study.

But the real message is in the analysis of odds ratios. The women who had blood levels of 40 ng/ml or greater had 40% lower odds of breast cancer versus those with serum levels of 20 ng/ml or lower. There was even a small 16% odds reduction among the women with serum levels of 20-29 ng/ml, which is low but not technically deficient. Dr. Crew noted that the data were adjusted for age, race, parity, family history of breast cancer, and other key variables (Crew KD, et al. Cancer Prev Res. 2009; 2(6): 598-604)

“Higher levels of 25-hydroxy-vitamin D confer lower risk of breast cancer. This was consistent for both estrogen receptor-positive (ER+) and negative (ER-) breast cancer, which is important because we really don’t have effective chemotherapy for ER- breast cancer,” Dr. Crew told attendees.

The study turned up several other interesting findings, including the fact that vitamin D deficiency correlates with obesity, which also increases cancer risk. The researchers found deficiencies in 36% of the women with body mass indices over 30, but only 23% of those with BMI’s under 25. The explanation is not yet clear, but Dr. Crew suggested that there may be a fat sequestration effect wherein vitamin D is being stored in adipose tissue, thus lowering serum levels in the obese women.

The Long Island data are compelling, but Dr. Crew urged caution in drawing definitive conclusions. “These are observational findings based on one measurement of serum vitamin D status; we don’t know from this study if raising the vitamin D level would lower breast cancer risk, and even if it does, we don’t know the best and safest method for doing this.”

Other studies, however, are pointing the way toward clear risk reduction strategies.

For example, the Women’s Health Initiative’s 2007 report, while showing no significant risk reduction from vitamin D at the standard 400 IU/d dose, did show a 20% reduction in breast cancer incidence among the women who reported taking additional vitamin D, on their own, beyond the “official” 400 IU dose. The biggest incidence reduction was for ER- cancers. Dr. Crew said the findings are definitely significant though they have been largely overlooked.

Looking at the best available data, it seems that breast cancer odds ratios begin to drop significantly as serum vitamin D levels get over 50 ng/ml. According to Garland and colleagues, you see a 50% risk reduction right around a serum level of 52 ng/ml (Garland et al. J Steroid Biochem Mol Biol. 2007; 103(3-5): 708-11). Progressive, nutrition-oriented oncologists agree that 40-60 ng/ml is the target range.

So, how much vitamin D does a woman have to take to get up to the cancer-prevention range? At least 3,000-4,000 units per day, depending on the extent of the deficiency. This is almost an order of magnitude higher than the Institute of Medicine’s new RDA of 600 IU, but within range of the new Upper Limit.

What about toxicity? The most worrisome potential adverse effects of excessive vitamin D would be hypercalcemia, bone demineralization, nephrocalcinosis, and cardiac arrhythmias. However, these problems don’t really arise until serum levels get above 150 ng/ml, said Dr. Crew. Someone would have to take a lot of vitamin D over a long period to get the blood level up in that range.

Dr. Crew’s group at Columbia is assessing the effect of cholecalciferol (vitamin D3) at high doses of 20,000 IU and 30,000 IU per week, in vitamin D deficient pre- and post-menopausal women at high breast cancer risk. The women will be treated for a full year. Breast-specific outcome measures include tissue changes on biopsy, imaging of breast fibrodensity, as well as urine and serum markers.

If looked at in terms of daily doses, these weekly dose levels—roughly 2,800 IU and 4,300 IU per day—are considerably higher than the IOM’s new recommendation of 600 IU per day. However, Dr. Crew said in an interview with Holistic Primary Care that they do fall close to the IOM’s new safe upper limits for women in this age bracket.

According to Julie Campbell, a research fellow who presented preliminary findings at the SIO conference, the study will ultimately involve 80 women in total. So far, 20 pre-menopausal and 14 post-menopausal women have completed the trial, with no evidence of any adverse effects at either dose level. “There have been no cases of hypercalcemia so far, and only one woman has show high urine calcium levels,” said Ms. Campbell.

She pointed out that that high-dose supplementation leads to rapid correction of deficiencies. Among the pre-menopausal women, mean levels were up in the 50-60 ng/ml range within 3 months, with the 30,000 IU weekly dose giving larger rises than the 20,000 IU weekly dose. It is important to note that even at these high doses, none of the subjects got up into the potentially toxic 150 ng/ml serum range.

The study is ongoing, and investigators have not yet completed analysis of vitamin D’s effects on breast tissue. However, the available data indicate that two of the 20 pre-menopausal women receiving 30,000 IU per week had a 15% reduction in fibrodensity, a surrogate marker for cancer risk.

“These are pilot data but they are compelling,” Ms. Campbell said. “High dose vitamin D supplementation can successfully raise serum levels to target range within a year, without significant toxicity. Based on imaging and biomarkers, there are possible preventive effects.”

Though the IOM report seems to dismiss the potential anti-cancer benefits of vitamin D supplementation, while raising a specter of alarm based on little evidence of actual toxicity incidence, the Columbia experience suggests little downside to supplementing in the range of 10,000-30,000 IU per week. The only major caveat being that one needs to watch calcium closely. Raising the serum vitamin D level will tend to increase calcium absorption, so if a patient is taking a lot of calcium the vitamin D boost could potentially increase risk of kidney stones.

The role of vitamin D in primary breast cancer prevention should become more clear on publication of a new Phase IIB intervention trial by the Southwest Oncology Group. The study involves 200 high-risk women randomized to placebo or 20,000 IU per week and followed for a year.

There’s growing evidence that serum vitamin D level is inversely correlated with risk of recurrence in women who’ve already had breast cancer. Researchers in Toronto studied 512 women diagnosed with early-stage breast cancer from 1989-1996, and followed them for an average of nearly 12 years. The women had a mean vitamin D level of 23 ng/ml at baseline, with 37.5% in frank deficiency (<20 ng/ml) and 38.5% showing insufficient levels (20-29 ng/ml).

The women who were vitamin D deficient had a roughly two-fold increased risk of cancer recurrence and death at 12 years compared with those who had “sufficient” vitamin D levels (Goodwin et al. J Clin Oncol. 2009; 27(23):3757-63).

Dr. Crew said her team saw a similar effect in the Long Island study, with a near doubling in the adjusted hazard ratio of death within 8 years among the vitamin D deficient women compared with those who had blood levels over 30 ng/ml.

Interestingly, women in northern latitudes diagnosed with breast cancer in the Summer or Fall have statistically better survival rates compared with those diagnosed in the Winter or Spring. Further, breast cancer has a 25% higher mortality rate in the Northeastern US compared with the Southwest. While there are many potentially confounding variables in epidemiological findings like this, Dr. Crew said there could very well be a vitamin D effect in play.

The Sunshine Vitamin is clearly a subject of great interest to cancer researchers these days, and future studies should help clarify optimal treatment strategies.

The new IOM report states that for the general population there’s no strong evidence for pushing supplementation beyond the 600 IU range, a conclusion that many are questioning. For women at-risk of breast cancer, the available data suggest a conclusion that runs counter to the IOM’s recommendations.

It makes good sense to test vitamin D levels in all at-risk women, and to do whatever is possible to get serum levels into the 40-60 ng/ml range.

Read more on Vitamin D and how the clinical community is responding to the new Institute of Medicine report, on editor Erik Goldman’s blog.