Why the Mediterranean Diet is the Best Diet on the Planet 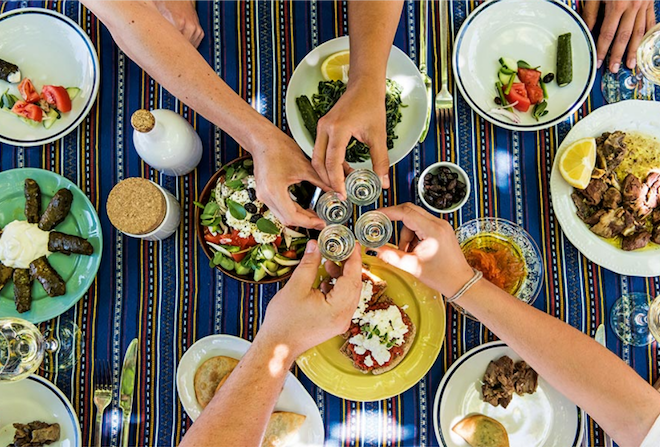 The Mediterranean Diet is based upon the eating habits of people living around the Mediterranean Sea: Spain, France, Italy, Greece, and Turkey, as well as Middle Eastern and northern African countries.

What these cuisines have in common is the consumption of fresh, whole foods featuring vegetables, fruits, beans, nuts, herbs and spices; the predominate use of extra-virgin olive oil instead of butter, margarine, or vegetable oils; moderate amounts of seafood and poultry; and the moderate consumption of red wine. The Mediterranean diet generally excludes processed foods, added sugar, and artificial flavors. Red meats are rarely on the menu or are used sparingly to flavor a dish.

For the second consecutive year, US News and World Report has rated the Mediterranean Diet as:

These accolades should not be too surprising, as Mediterranean countries have some of the longest life spans on the planet. Despite their high rates of tobacco use, and they have lower rates of heart disease, memory loss, cancer, and obesity. The people of Spain, who follow the Mediterranean diet closely, have the longest lifespan and the best health of any country in the Western world. Spain is anticipated to surpass Japan soon.

Heart disease remains the number one killer for men and women in the developed world, even though studies have shown we can prevent 90% of heart disease with the right lifestyle changes. Our biggest challenge has been in finding a diet and lifestyle that people are willing to follow long-term.

Back in the 1950s, the physiologist, Ancel Keys, became a vocal advocate for the Mediterranean diet, especially to prevent heart disease, which he expanded upon with his widely cited Seven Countries Study.

A turning point for proof of the cardiac benefits of a Mediterranean diet was the Lyon Diet Heart Study, a randomized clinical trial published in 1994, which showed that compared 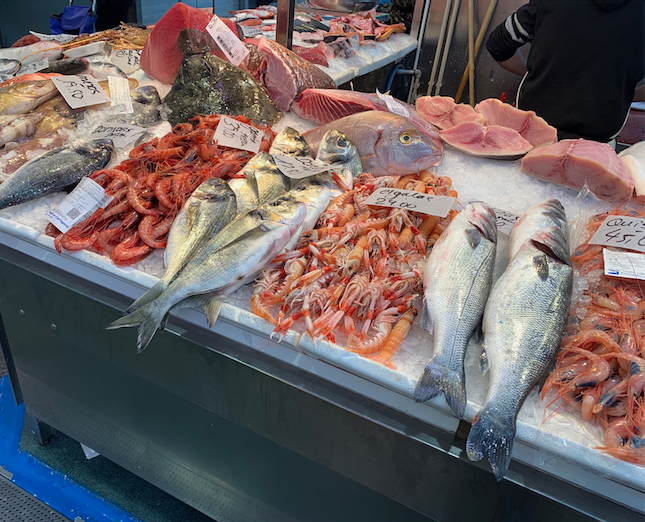 to a standard, low-fat, American Heart Association diet, a Mediterranean diet was more effective at preventing heart disease. For every 12 subjects that switched to this eating plan, one cardiovascular event was prevented, giving a number needed to treat (NNT) of 12.

In 2003, the Greek EPIC trial showed that the closer subjects followed a Mediterranean eating plan, the lower their rate of cardiovascular events. Subsequent studies in non-Mediterranean countries have also shown that the closer people follow this same diet, the less heart disease they have, and the longer life they enjoy.

Then in 2018, the large-scale landmark PREDIMED study with over 7,000 subjects was published in The New England Journal of Medicine. PREDIMED affirmed the CVD-fighting reputation of the Mediterranean Diet; those who followed it, and added extra nuts or olive oil, had 30% fewer events than those following a standard low-fat diet.

Data from my own clinic has shown that in patients who follow a low-glycemic version of a Mediterranean diet, there is a regression of carotid intimal media thickness (IMT) scores. Hundreds of our patients have had more than a 10% regression in their arterial plaque load through diet change alone.

The most expensive disease in the US is dementia. Recent estimates are that the total bill to treat it exceed $277 billion per year. More startling is that the rates of memory loss and Alzheimer’s disease are predicted to double over the next 15 years.

Yet, just as we can prevent most cases or heart disease, there is now growing evidence that we can also prevent dementia and cognitive decline with the right lifestyle changes.

PREDIMED researchers tracked the impact of diet on cognition in over 500 study participants for more than 6.5 years. They also controlled for multiple other non-dietary lifestyle and health factors. Those randomized to a low-fat diet had lower overall cognitive scores and more progression to dementia than those in the Mediterranean diet group, plus the Mediterranean group showed greater compliance with the dietary recommendations.

Other studies have also shown cognitive improvement and/or reduced cognitive impairment by following a Mediterranean diet. These include the FINGER trial, the Three-City Study in France, the Chicago Health and Aging Project (CHAP), and the Boston Puerto Rican Health Study.

Data published from my own clinic confirmed that the closer a person follows Mediterranean dietary recommendations, the better their brain processing speeds and cognitive scores will be–results which have continued over 12 years of follow up.

In 2016, Dr. Joseph Mancini and his colleagues evaluated five randomized weight-loss trials with more than 1,000 subjects who followed various dietary regimens including low-fat, low-carb, and Mediterranean, for at least 12 months–a meaningful length of time given most people lose weight in only the short term and regain it later.

Mancini’s group found that the Mediterranean Diet was more effective than the low-fat diet, and equally as effective as a low-carb diet over the long-term. What’s more, they concluded that those following the Mediterranean Diet not only lost weight, but they had the best improvements in lipid and metabolic profile. Typical weight loss ranged from 10 to 22 pounds over the course of the 12-months.

In a separate meta-analysis of nine randomized studies representing over 1,000 patients with Type 2 diabetes, researchers  again concluded that a Mediterranean diet was the best for weight loss and improvements in metabolic markers long-term.

Med Diet for the 21st Century

Despite all these clear health benefits, there are some limitations and myths related to the Mediterranean diet that we need to consider as we advance this diet in the 21st 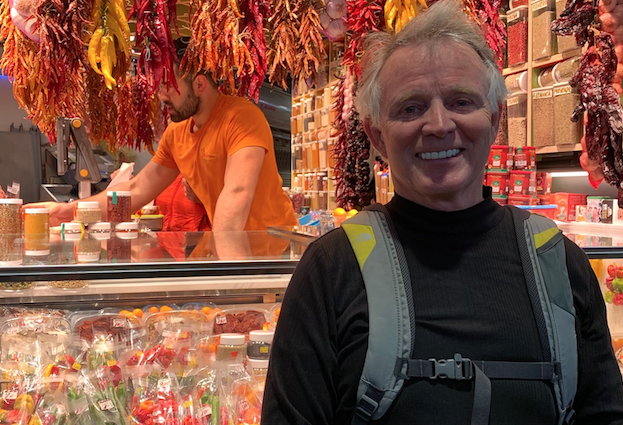 For instance, some think that the Mediterranean diet means large portions of pasta, bread, and pizza—and that adding olive oil, marinara sauce, and red wine will render any food healthy. These are truly myths.

First and foremost, keep in mind that the original Mediterranean diet was followed by farmers, fisherman, and herders–men and women who were physically active for 6 to 10 hours per day. Very few can achieve this much activity today. We therefore need to modify the eating plan with a lower glycemic load to match our lower activity levels.

There are several studies that have evaluated which components of the traditional Mediterranean eating style confer the most and least benefit. Data from EPIC showed that it’s the vegetables, fruit, beans, nuts, and olive oil that provide the greatest benefit, while whole grains provided the least—likely related to their glycemic load.

The low-glycemic version has the added advantage of appealing to many people who have already shifted towards a low-carb and/or Paleo eating plan. 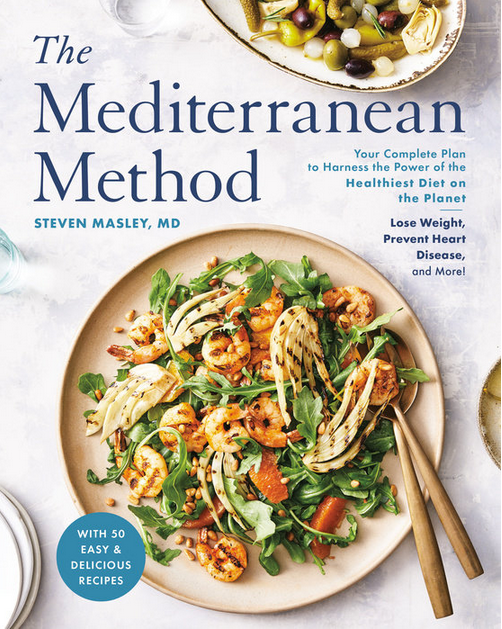 A Journey Beyond Food

Though there are many proven benefits to following a low-glycemic Mediterranean diet, food is not the only factor that makes the Mediterranean lifestyle so healthful.

In doing research for my recently published book, The Mediterranean Method, I felt I needed to go beyond reading stacks of scientific journal articles. I needed to go to there and see it for myself.

So, my wife Nicole and I bought a sailboat called Mariposa, with the goal of experiencing and evaluating the food, lifestyle, and health habits of people living on the Mediterranean Sea.

During the spring and summer of 2019, we spent 7 months sailing from Spain to Turkey. We followed the coastline along Spain, France, Corsica, western Italy, across to Greece, through the Cyclade Islands, and on to Turkey. We visited small ports, food markets, mom and pop family-run restaurants, and searched for regional recipes that were easy to prepare, delicious, and healthy.

As we collected recipes, we tested all of them on the sailboat. My idea was that if I could prepare these dishes in a sailboat’s tiny galley,

surely people would be able to make them in their kitchens at home.

Everywhere we went, we were amazed at how inexpensive and delicious the food was, and how opinionated people were about how to prepare the signature dishes within each region. It did not matter whether we were talking to someone working in a food market, a gas station attendant, or a taxi driver; everyone cared about what ingredients went into local dishes and how they were prepared. They demand the best ingredients, and they simply won’t accept poor quality.

When they eat, they do not eat in front of a TV or a computer, or become glued to their cell phones—they sit with friends and family and enjoy leisurely meals. They talk about the food, they talk about life, they relax and have fun. Seldom did we have a meal that did not last at least 90 minutes.

Contrast this to the US, where so many of us eat “breakfast” in our cars on the way to work, mindlessly gobble a quick lunch while working at our desks, and grab dinner by ourselves on the fly. In many Mediterranean regions, people typically take 2-3 hour lunch breaks, which they make up for by working long hours in the evening.

The main thing is they prioritize eating real food and sharing meals with others. Eating together reinforces social and familial connections that mitigate stress and loneliness. This is one reason why Mediterranean nations have lower rates of anxiety and depression than we see here in the US.

Even the Greeks, despite major economic hardship which has persisted for years with no clear end in sight, maintain these culinary and social priorities. Despite the fact that they have much higher rates of tobacco use, the Greeks live nearly 5 years longer than we do in the US, and their good health is closely related to their diet.

Our overall experience showed us that clearly Americans would be wise to adopt more Mediterranean eating habits.

To help people do so, I’ve adapted the “food pyramid” concept to incorporate the principles I describe in The Mediterranean Method. The pyramid’s foundation is the lifestyle, which features outdoor physical activity, social interaction, cooking, and mindful-leisurely eating.

Put seafood, poultry, eggs, and other probiotic-rich dairy products on the menu several times a week. Do the same for whole grains though in small portions (and gluten-free as needed). My pyramid limits but does not eliminate red meat, sweets, and potatoes.

The Mediterranean Diet is not just a short-term eating plan. It is a way of life. It has been followed for centuries and tested in numerous long-term clinical studies and been found to be the best diet on the planet for long term adherence and for healthy eating.

The food is delicious, generally simple, and easy to prepare. The ingredients can be found at most local grocery store. This is an eating plan that truly combines proven health benefits with delicious food. No other diet can embrace the saying as well—To Your Health & Bon Appétit!

Steven Masley MD, FAHA, FACN, CNS is a physician, nutritionist, author, and a trained chef. He is a fellow with the American Heart Association, the American College of Nutrition, and a former fellow with the American Academy of Family Physicians, plus he is an Affiliate Clinical Associate Professor at the University of South Florida. He has written seven books and his latest is, The Mediterranean Method. You can follow him on his blog (at www.DrMasley.com) and/or see his posts on Facebook (@StevenMasley)