Home | Topics | Cooking For Health | “The Answer to Disease is Vegetables”: Plant-Based Pioneers Have Their Moment
View Cart

“The Answer to Disease is Vegetables”: Plant-Based Pioneers Have Their Moment

“We know the answer, and it is not that complicated. To be healthy, eat high volumes of vegetables. The answer to disease is vegetables. But people don’t want to hear, ‘Eat vegetables.’ They want pills to overcome the diseases caused by our dysregulated appetites,” said Joel Fuhrman, MD, at the first annual Plant-Based World Expo in New York City earlier this summer. 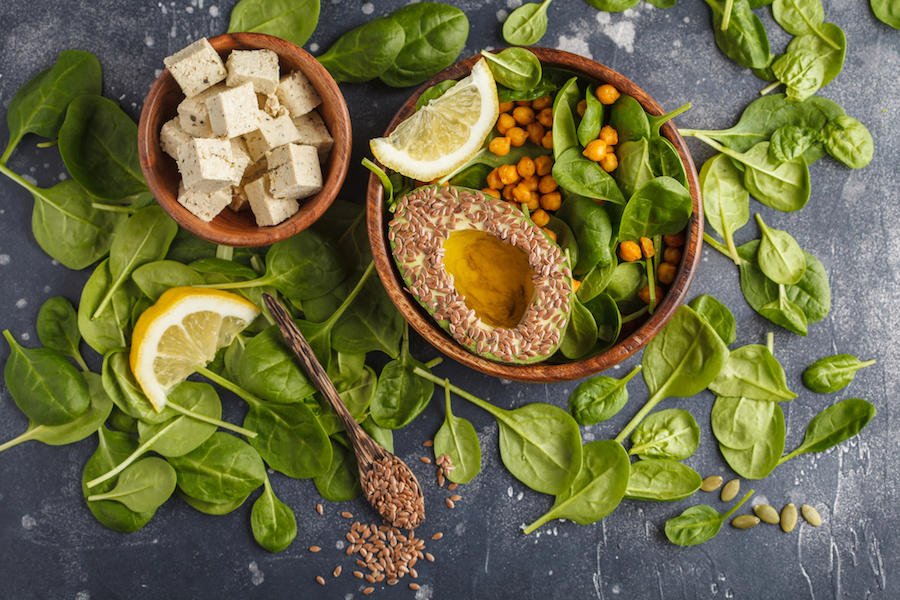 For Furhman, and other pioneering vegetarian physicians like Dean Ornish, T. Colin Campbell,  Joel Kahn, Saray Stancic, Michael Greger, and Scott Stoll, the Expo was an opportunity to reflect on the evolution of the plant-based foods movement, its cautious embrace by the medical mainstream, and the challenging road ahead.

Though they each had their own perspectives and experiences, all were united in their belief that vegetarian or at least primarily vegetable diets, along with regular exercise and stress reduction, are the keys to maintaining good health and reversing disease.

“We need colorful vegetables, especially green vegetables. Vegetables have anti-inflammatory effects, and we need them to activate antioxidant pathways in cells and increase the oxygenation of tissues. You can’t be normal if you’re not eating green vegetables,” says Dr. Furhman, a family physician and author of the popular books, Eat to Live and Fast Food Genocide.

Outspoken and inclined to snappy soundbytes, Furhman contends that many Americans are addicted to sugar, saturated fats, meat, and dairy, and that this addiction is a recipe for disease and early death (see Untangling the Web of Food & Drug Addictions).

There’s a very clear relationship between optimal dietary lifestyle and reduction of heart disease, says Kahn, who directs the Kahn Center for Cardiac Longevity in Bingham Farms, MI, and owner of the GreenSpace Café in Ferndale, MI. He is also a clinical professor of cardiology at Wayne State University.

Like Dr. Fuhrman, Kahn believes “optimal diet” means vegetables. He got interested in nutrition during medical school back in the 1980s, and became a vegan shortly thereafter.

“You can’t be normal if you’re not eating green vegetables,”--Joel Fuhrman, MD

Citing an old Bruce Springsteen lyric, “Don’t call for your surgeon, even he says its too late. It’s not your lungs this time, it’s your heart that holds your fate,” Kahn said that as a medical discipline, “Cardiology wins the day in terms of where the plant-based diet can have the biggest impact.”

“I see patients 4 days a week, sometimes 5. And I see incredible, powerful reversals of CVD all the time.”

But despite all of the epidemiological evidence, the prospective intervention studies, and the decades of anecdotal clinical experience, the medical mainstream still does not take seriously the value of plant-based diets in reversing heart disease.

Too many clinicians, he says, continue to rationalize meat consumption, despite overwhelming evidence that eating mostly plants reduces disease risk.

“The one person who smokes, eats bacon every day, and lives to 102 does not obviate the fact that a low-fat plant-based diet and non-smoking favors heart health and longevity.”

Kahn is encouraged by the current wave of public interest in plant-based living. “It’s not the medical community that’s gonna lead this. It is the food industry, the restaurants, the Millennials, and the GenXers.”

“After so many years, our time has finally come,” said Dean Ornish, MD, director of the Preventive Medicine Research Institute, who has been at the forefront of the plant-based movement for decades.

Ornish has been among the strongest and most consistent critics of high-protein, meat-heavy diets, and one of the most effective medical advocates for the plant-based shift. 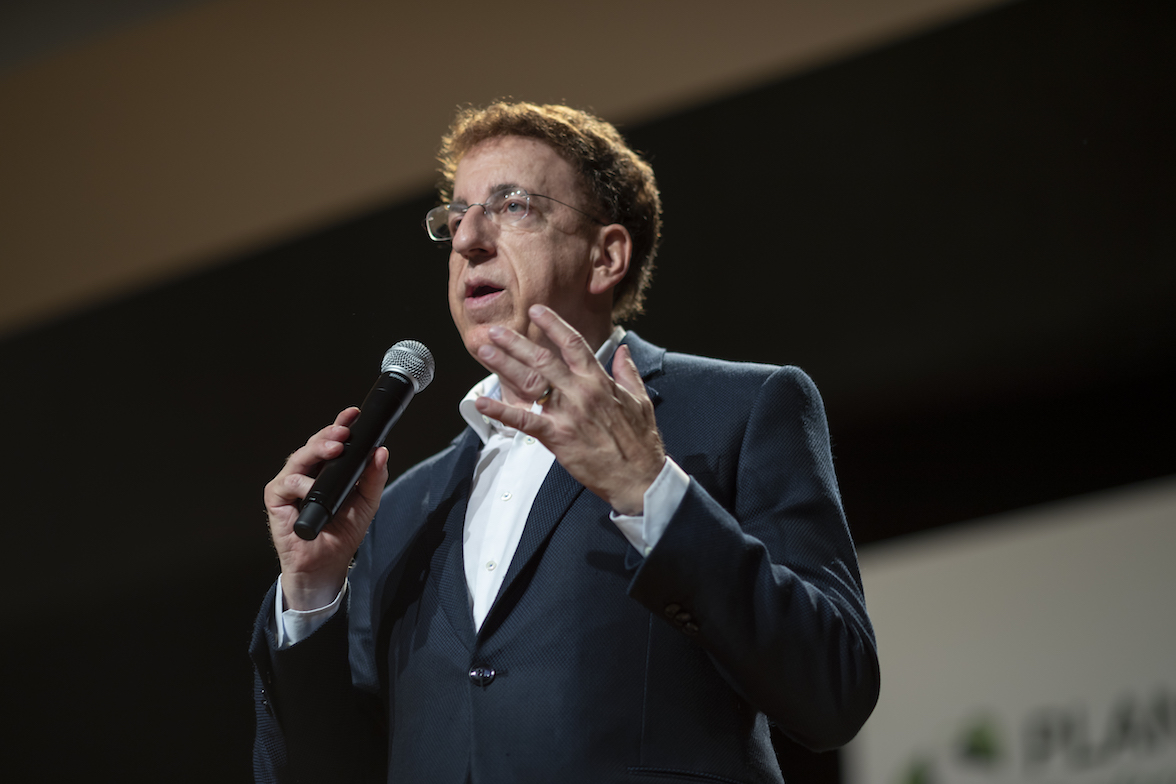 His newest book, written with his wife Anne, is entitled UnDo It: How Simple Lifestyle Changes Can Reverse Most Chronic Diseases. In it, he details what he calls “a unifying theory of reversing disease.” In a nutshell, it comes down to this: Eat well, move more, stress less, love more.

Of all the many physicians and researchers focused on nutrition and lifestyle change, Ornish has arguably had the greatest impact in terms of winning respect from mainstream medicine. This is in large measure due to the impeccability of his research over the last 35 years.

“The only diet proven to reverse heart disease is ours: the plant-based, low-fat diet.” The heart health benefits have been shown in multiple studies. The same basic dietary approach has also shown promise in preventing and reversing diabetes, depression, prostate cancer and other types of cancer.

Though much of his research was already definitive by the early 1990s, it was not until 2010 that the Center for Medicare and Medicaid Services (CMS) approved the Ornish heart disease reversal programs for reimbursement. Most health insurance plans quickly followed suit. But it was a long time coming, and there’s still a long road ahead in terms of making lifestyle interventions the first-line option for cardiometabolic disease.

“The biggest obstacle is the bias that favors procedures and drugs, versus lifestyle. People feel this is too simple, too low-tech, too inexpensive to actually work.”

But Ornish and his colleagues have shown over and over again that a low-fat, low-sugar primarily vegetable diet lowers blood pressure, improves insulin sensitivity, reverses atherosclerotic plaque, improves myocardial perfusion and ejection fraction, and enhances quality of life.

Fats vs Carbs: Get Over It

“We really need to get over this “fat” vs “carbs” thing. It is ridiculous. An optimal diet is not about “low-carb versus “low-fat.” It is low in bad carbs and bad fats, but high in good carbs and good fats.” He underscores the importance of eating plenty of fruit, vegetables, whole grains, and legumes as close as possible to their natural forms—that is, minimally processed.

He encourages everyone to reduce sugar, sweeteners, refined carb, hydrogenated fats, saturated fats, and trans fats. But he does not categorically exclude all forms of oil.

Though his dietary guidelines do include small amounts of eggs, yogurt, and other animal products, Dr. Ornish is highly critical of diets that are very high in animal protein. He and several of the speakers challenged the wisdom of the meat-heavy Atkins/Paleo/Ketogenic approach. 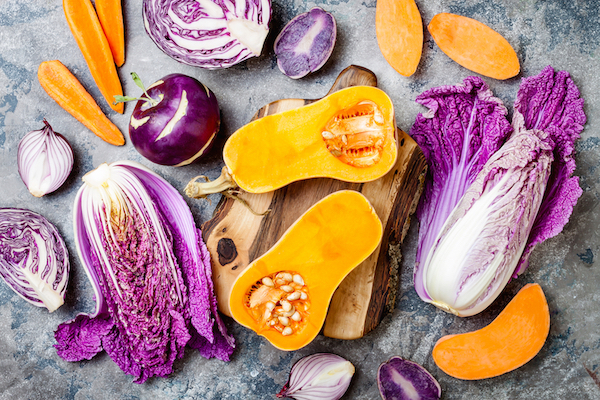 “It promotes plaque,” Dr. Ornish says. “Yes, you can lose weight on it, but that’s not necessarily heart healthy. Yes, you are getting rid of a lot of empty carbs, but replacing them with meat and ham and bacon is not healthy. The more diseases we look at the more mechanisms we look at the more evidence we have that plant based is helpful and more meat is harmful.”

When followed consistently, a plant-based diet coupled with moderate exercise and stress reduction can give very quick results. “Within 9 weeks—that’s just over 2 months—you can reverse plaques that took decades to build up.”

It can also save huge amounts of money. A research project Ornish undertook with Highmark Blue Cross Blue Shield nearly 20 years ago showed that a 12-week intervention with high-risk cardiovascular patients resulted in a 400% reduction in medical costs.

Over the years, Dr. Ornish has learned a lot about how to help people change their lives. Putting it simply, love and joy are far stronger motivators than fear and pressure. Yet, too many physicians rely on the latter.

In the early days, “I thought that we could scare people into changing. If you scare them enough people won’t smoke. Like the scary pictures on cigarette packs. But fear is not a sustainable motivator. People will do anything after they have a heart attack…for a month or two. But that’s not usually sustainable. What is sustainable is if it’s fun, if you choose to do it, if you feel good, and if there’s love and support.”

Adherence to the Ornish lifestyle-based heart disease reversal programs is on the order of 85% to 90%. “It makes people feel good. Their lives are enhanced. There’s no point in giving up something you enjoy unless you get something for it—something you enjoy more. It’s not about fear of dying. It’s about feeling good.”

Dr. Ornish will be among a number of medical experts spotlighted in a new James Cameron documentary called The Game Changers, premiering in September. The film chronicles the experience of dozens of high-performance athletes, body-builders, and trainers who’ve gone plant-based, and challenges many long-held dogmas about the need for animal protein.