Many oncologists and rehab specialists have asserted that moderate exercise can 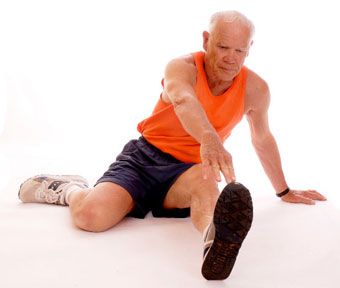 improve wellbeing in people recovering from cancer. The question is whether can it really help them live longer.

The answer is a definitive “Yes,” said Jeffrey Meyerhardt, MD, MPH, at the seventh annual meeting of the Society for Integrative Oncology.

Dr. Meyerhardt, of the Department of Medical Oncology, Dana-Farber Cancer Institute, Boston, one of the country’s leading researchers on the impact of lifestyle factors on cancer outcomes. He stressed that regular non-strenuous exercise can significantly improve survival in people recovering from colorectal cancer. “Published data are showing a major decrease in morbidity and mortality in patients who exercise. These are changes in actual cancer outcomes, not just quality of life measures.”

Regular physical activity, avoidance of meat-heavy and vegetable-poor diets, maintenance of BMI under 35 kg/m2 (ie avoidance of obesity), higher levels of vitamin D, and regular use of aspirin or other anti-inflammatories have all been show to reduce the risk of recurrence in colorectal cancer (CRC), Dr. Meyerhardt told SIO attendees. Physical activity can have a much greater impact than many physicians realize.

Australian researchers followed a cohort of 526 CRC patients. They found that the probability of reaching the 10-year post-treatment survival milestone was significantly higher patients who were highly active prior to diagnosis. Seventy-three percent of those who exercised made the 10-year mark, versus 54% of those who did not exercise (Haydon AM, et al. Gut. 2006; 55(1): 62-7). Body fat and waist circumference were both inversely correlated with survival.

They divided patients according to their self-reported activity levels, using a unit of measure called the “Met-Hour” (Metabolic equivalent task hour). Sitting still was defined as “1 Met” and slow walking was defined as “3 Mets.” Other activities were assigned met values according to their strenuousness. Dr. Meyerhardt explained that Met-Hours represent the aggregate amount of time per week that a person spends metabolically significant activity.

The activity need not be strenuous to have a beneficial effect. Dr. Meyerhardt said that a brisk, hour-long walk (3-4 miles per hour), three to four times each week, gives enough Met-hours to substantially reduce risk of recurrence and improve survival.

He acknowledged that this analysis carries all the caveats of any study based on patient self-assessment and statistical correlations. The conclusions may not be entirely generalizable because people who are able to exercise for 18+ hours every week following chemotherapy and surgery, are de facto relatively healthy, vital, and highly functional. That, in and of itself, would confer a survival edge. Still, the findings underscore the importance of activity in improving outcomes.

Other studies have also shown that activity predicts outcomes. In the Nurses’ Health Study, among women with colorectal cancer who had more than 18 Met-hours of activity per week post-diagnosis, roughly 90% were still alive 10 years after diagnosis. In contrast, only 67% of those who had less than 3 Met-hours per week, and 75% of those who got between 3 and 18, made the 10 year survival milestone (Meyerhardt JA, et al. J Clin Oncol. 2006; 24: 3527-34)

It is interesting that in this study, pre-diagnosis activity levels were not predictive of survival, after adjusting for other health status variables.

“There are statistically significant improvements in survival and reduced morbidity in patients with increased activity post-diagnosis and post-treatment,” Dr. Meyerhardt said. He ruled out the possibility that more active people get less aggressive forms of cancer, or that survival is simply a reflection of better baseline health status evidenced by the higher activity levels. The impact of exercise is an actual, independent effect.

The Colon Health And Life-Long Exercise Change (CHALLENGE) trial, an Australian-Canadian collaborative effort, will go a long way toward definitively proving (or disproving) that exercise can reduce mortality. This controlled study just getting underway will look at the impact of direct, guided exercise training on outcomes in patients with high-risk stage II and III CRC following surgery and chemotherapy.

If there is, in fact, a direct and independent effect of exercise on reducing cancer mortality, how is it mediated?

Dr. Meyerhardt believes it has to do with modulation of insulin metabolism. Chronically high levels of insulin and insulin-like growth factor are predictive of increased CRC morbidity and mortality.

All the metabolic dysfunctions associated with insulin resistance are correlated with increased risk of CRC and other cancers, and also with poorer outcomes in patients who’ve already had cancer. Insulin resistance and the related syndrome may be the common factors between obesity and colorectal cancer. While not all studies have shown a direct correlation, there are studies showing that BMI over 30 confers a 25% increase in risk of colorectal cancer recurrence and death.

‘With the rising incidence of obesity, we are seeing more obese CRC patients, ” said Dr. Meyerhardt. “It used to be that only about 5% of CRC patients were obese. Now it’s roughly 10%.”

Though there are still unanswered questions about the role of exercise in cancer care, there’s little harm and much good to be gained from moderate, regular physical activity. The benefits increase if patients shift to a low-fat, plant-rich diet and minimize their consumption of red meat, trans fats and processed foods.

Dr. Meyerhardt said the matter of exercise and diet has great practical significance when working with cancer patients. In fact, his own interest in this field was spurred by the constant questions he got from his patients—and the fact that despite his sub-specialty training, he had few answers.

“They wanted to know, ‘What should I be eating? Should I exercise? What else can I do to improve my chances?’ We wanted to help them live longer and live better.”