Studies have suggested that drinking tea may help lower the mortality associated with cardiovascular disease by reducing atherosclerosis and lipid peroxidation, decreasing inflammation, and improving endothelial function. These effects are thought to be due to tea’s high content of catechins (epicatechin, epigallocatechin, epicatechingallate, and epigallocatechingallate). 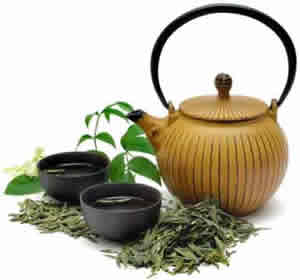 A recent study from researchers at Linköping University in Sweden investigated the effects of green tea, black tea, and Rooibos tea on angiotensin-converting enzyme (ACE) and nitric oxide (NO).

Angiotensins are peptides that act as vasoconstrictors. ACE converts angiotensin to its activated form and enables it to function. The ACE gene polymorphic sites are an insertion/deletion consisting of 3 genotypes: II and DD homozygotes, and ID heterozygote.1 ACE levels are two- to three-folds higher in people with the DD genotype than in those with the II genotype; people with the ID genotype have an intermediate level of ACE.1,2
Green tea and black tea are derived from the leaves of Camellia sinensis. Caffeine-free Rooibos tea is derived from the leaves and stems of Aspalathus linearis. It does not contain catechins but does contain dihydrochalcones, flavones, and flavonols.

Ten women and 10 men (mean age, 26 years) began the study. All were healthy; none used nicotine products. The subjects used no drugs (medical or herbal) for 2 weeks before and during the study period. For 48 hours before the study, the subjects were not allowed to consume beverages or foods with high amounts of certain flavonoids. Three subjects were excluded: 2 because of difficulties when collecting blood, and 1 because of oral use of tobacco.

All experiments started at 8 a.m. The authors report that the tea was freshly prepared (10 g tea in 400 mL water for 5 minutes for the green and black teas, and for 10 minutes for the Rooibos tea) and cooled so the subjects could drink it within 2 minutes.

At each visit, data were collected on blood pressure, heart rate, and venous blood samples for analyses of ACE activity, NO concentration, and ACE genotype; samples were taken before the subjects drank the tea and after 30 minutes, 60 minutes, and 3 hours.

A significant (P<0.01) difference was seen in intake of fruits and vegetables between the men and women, with women eating significantly more of those foods than did men.

The authors conclude that these results suggest that “green tea and Rooibos tea may have cardiovascular effects through inhibition of ACE activity.” Further studies are warranted.

This HerbClip is reproduced with kind permission from the American Botanical Council (ABC) For more HerbClips, and other excellent information about botanical medicine, visit ABC.