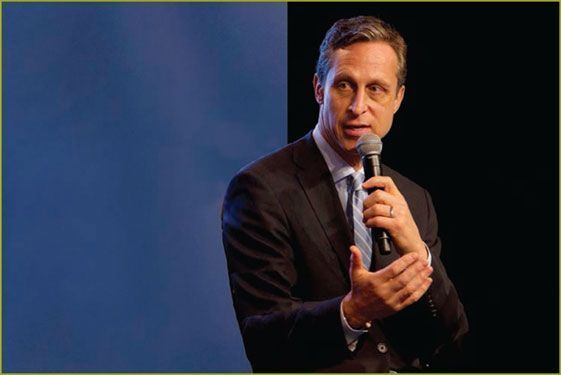 The vast majority of clinicians, feeling compelled to lower cholesterol and control blood sugar, are overlooking other important though not-so-obvious risk factors. Greater attention to these factors could lead to safer, more effective treatment, better health and greater vitality, said Dr. Hyman, founder of the UltraWellness Center, and chairman of the Institute for Functional Medicine. Oft-ignored risk factors include:

• Environmental toxins like Bisphenol-A, polychlorinated biphenyls (PCBs), lead and other heavy metals
• Concurrent conditions like latent celiac disease and leaky gut syndrome
• Drug therapies including some drugs that are given as treatments for various aspects of the cardiometabolic disease continuum.

“I call myself a holistic doctor because I treat people who come in with a whole list of problems,” joked Dr. Hyman, author of the runaway best-selling book, The Blood Sugar Solution. In reality though, many of the problems on those lists are just different manifestations of a few basic underlying processes: chronic inflammation, oxidative stress, and hormone dysregulation. “The body only has so many ways of saying, “Ouch!”

In this way of thinking, there’s no such thing as “comorbidities.” There are only multiple manifestations of the core imbalances.

That said, the specific triggers and drivers of those core disease processes are diverse and complex. This is where the real detective work begins: to determine in each case how and why this particular individual ended up manifesting the problems for which they’re seeking your help. Chronic diseases are seldom “caused” by one single risk element.

The key to effective workup and treatment is to understand how various disease processes are inter-related, Dr. Hyman said. It is precisely this sense of inter-relationship that gets lost with conventional drug therapies based on myopic modulation of isolated risk factors.

He stressed that while drugs like Avandia (rosiglitazone)—the nation’s best-selling diabetes medication—may have a place in the treatment of advanced diabetes, they are not cures for the problem, and they come with a substantial side-effect burden. There have been upward of 47,000 cardiac deaths associated with complications of Avandia since 1999.

The ACCORD trial, a randomized trial involving over 10,000 patients and published in 2008 in the New England Journal of Medicine, showed that intensive drug treatment aimed at tightly controlling blood sugar actually induced a higher number of deaths due to heart attack.

Chronically elevated insulin is pathogenic in many ways: It increases lipogenesis in the liver, leading to fatty liver; It increases cytokines, leading to inflammation and endothelial dysfunction; It increases oxidative stress, which when combined with dyslipdemia can be very dangerous; It causes sex hormone dysregulation, and it promotes visceral adipose tissue storage.

Dr. Hyman recommended that clinicians begin to pay more attention to some of the less-obvious factors that play a significant role in the development of obesity, diabetes, and CVD.

Bisphenol A (BPA): This compound, used in the manufacture of plastic food containers and can liners, has insulinogenic effects on human islet cells at very low doses. It can modulate insulin secretion in microgram, and even nanogram concentrations. Several investigators have linked BPA to increased risk of CVD, diabetes and liver dysfunction (Lang IA, et.al. JAMA. 2008;300(11):1303-10. Rej R, Carpenter DO. Environ Health Perspect. 2007 Oct;115(10):1442-7). This is in addition to BPA’s documented estrogenic effects.

Dr. Hyman hypothesized that the insulin effects of BPA could, in part, explain the 73%

increase in incidence of obesity in babies over the last 3 decades. “We’re seeing diabetes in the pre-eating stages of life. Something else is at work besides just over-eating.”

Several nations, including Canada, have banned the use of BPA. The federal government here in the US has consistently refused to do so. In the mean time, people can minimize their exposure by buying packaged or canned goods only from companies that have committed to using BPA-free materials. (Thanks to Dr. Marianne Marchese for pointing us to this list of BPA-free food makers)

Several other toxins including polychlorinated biphenyls (PCBs) and chlorinated pesticides have been associated with increased risk of diabetes and cardiometabolic problems (Jones OA, et.al. Lancet. 2008;371(9609):287-8). Clinicians need to pay closer attention to the impact of environmental toxins on metabolic and cardiovascular function, Dr. Hyman stressed.

The Menke paper, based on a study of over 13,000 people, was published in a 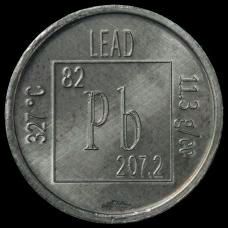 mainstream cardiology journal six years ago, and was largely overlooked by the clinical community. “Do cardiologists test for lead? No! They focus on cholesterol and lipids. Yet these data suggest that lead exposure is as strong a predictor, if not a stronger predictive factor than cholesterol,” said Dr. Hyman.

Endotoxemia & Altered Gut Flora: At first glance it might seem like a stretch that the microbial ecosystem within the GI tract could increase cardiometabolic risk, but a growing body of data is showing just that (Tsai F, Coyle WJ. Curr Gastroenterol Rep. 2009 Aug;11(4):307-13).

The changes in gut flora were induced by consumption of a very high-fat diet, but the presence of LPS endotoxemia alone can induce weight gain independent of caloric intake. The good news here is that by increasing dietary fiber, one can  reduce gram negative bacterial loads; this can actually reduce body weight in and of itself while also reducing inflammatory triggers.

Artificial Sweeteners: The risk of obesity increases 200% with regular use of artificial 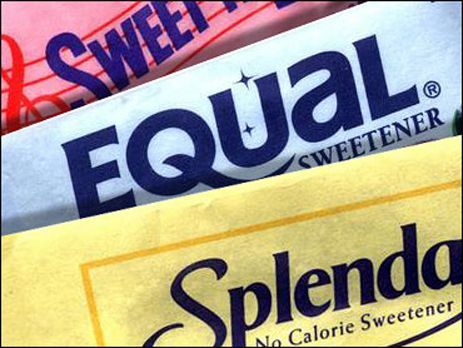 sweeteners, and the risk of diabetes increase by 67%, said Dr. Hyman. People who use non-nutritive, non-sugar sweeteners may consume fewer “calories” but they tend to gain more weight because the perception of having consumed sugar still triggers insulin release and the full cascade of fat-storage signals. Heavy consumption of artificially-sweetened sodas has been linked to increased abdominal fat and to increased risk of stroke.

Low HDL: Low HDL level is a big indicator of risk, and you need to pay attention to it. It’s not just about LDL and total cholesterol. Dr. Hyman strongly advised measuring the TG/HDL ratio in all patients who are at risk of CVD. If it’s greater than 4, there’s a problem.

Statins Drugs: These mainstays of CVD “prevention” actually increase diabetes risk by 48% in postmenopausal women, according to a study published earlier this year in the Archives of Internal Medicine. Diabetes, over time, increases the odds of cardiovascular events.

Data from over 153,000 participants in the Women’s Health Initiative, the study showed a consistent correlation between use of statins and increased diabetes risk, after investigators controlled for other major diabetes predictors and confounding variables. This appeared to be a drug-class effect and is not limited to any specific statin drug (Culver AL, et al. Arch Intern Med. 2012;172(2):144-52).

“We give statins to treat high cholesterol, which subsequently increases diabetes risk, and then we give Avandia to treat the diabetes, which increases CVD,” said Dr. Hyman. “I have a word for this: Pharmaggedon.”

Dr. Hyman will be a keynote speaker at the 2012 Lifestyle Medicine Summit on Sept. 28-30 , sponsored by Metagenics, at the St. Regis Monarch Beach Resort, Dana Point, CA. Other featured speakers include Jeffrey Bland, PhD, John Gray, PhD, Susan Blum, MD, Bridget Briggs, MD, and Robert Rakowski, DC among many others.