Omega-3 fatty acids may help slow the progression of kidney disease in patients with type 2 diabetes and coronary artery disease, according to researchers at Harvard Medical School. 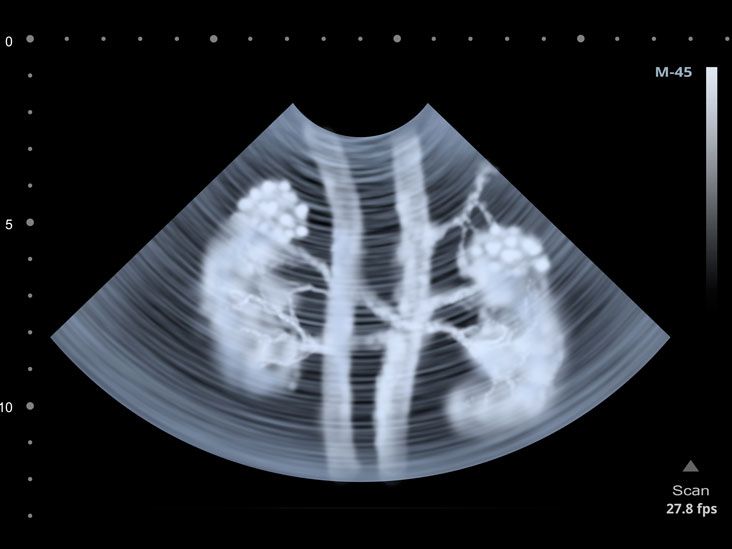 Albuminuria—the presence of albumin in the blood—is an important indicator of kidney dysfunction. The condition is especially common in patients with type 2 diabetes, which is the top cause of chronic kidney disease worldwide.

Associated with inflammation, albuminuria is also a marker of generalized endothelial dysfunction, a key step in the pathogenesis of coronary artery disease (CAD) and an independent predictor of cardiovascular morbidity and mortality.

Because activation of the renin–angiotensin–aldosterone system is another chief characteristic of albuminuria, clinicians typically treat the condition with angiotensin-converting enzyme inhibitors (ACEI) or angiotensin-receptor blockers (ARB). These drugs are considered standard of care.

But some researchers argue that omega-3s are a promising add-on to conventional pharmaceutical approaches.

In a paper published over the summer in the Journal of the American Heart Association, a Harvard research team described the effects of eicosapentaenoic acid (EPA) and docosahexaenoic acid (DHA), on albuminuria in patients with stable CAD, both with and without type 2 diabetes.They compared patients undergoing conventional drug therapy alone, with similar patients who also took Lovaza, the prescription lipid-regulating fish oil.

The authors note that prior studies exploring the impact of omega-3 supplementation on albuminuria in nondiabetic and diabetic patients generated mixed results. But none had looked specifically at patients with CAD (Elajami, T. et al. J Am Heart Assoc. 2017; 6(7). doi: 10.1161/JAHA.116.004740).

“We were funded by the National Heart, Lung, and Blood Institute to examine the effect of Lovaza on our primary endpoint, which was coronary plaque measured by CT angiography,” said Francine Welty, MD, PhD, one of the paper’s authors. Her team’s aim was to target inflammation with omega-3s to prevent progression of coronary plaque, so the researchers deliberately sought out subjects with high underlying inflammatory burdens.

“We included diabetics and randomized them by diabetes status,” Welty explained. This gave researchers, “the ideal situation to also examine the effect of Lovaza on albuminuria in patients with type 2 diabetes.”

Welty and her colleagues recruited 262 participants aged 36 to 80 years with stable CAD from Harvard’s Beth Israel Deaconess Medical Center. Thirty percent of the study subjects also had type 2 diabetes. Participants were randomly assigned to one of two groups. The fish oil group took  four Lovaza capsules per day, totaling 1.86 g of EPA and 1.5 g of DHA.  The control group did not supplement with fish oil. In both groups, patients already takng ACEIs or ARBs were told to continue with the drugs.

Over the course of one year, researchers measured various indicators of  heart and kidney health, including the urine albumin-to-creatinine ratio (ACR). Typically, patients are diagnosed with albuminuria when urine ACR is greater than 30 mg/g.

Among the nondiabetic subjects, no change in ACR occurred in either the Lovaza or control groups. Those receiving Lovaza did, however, did show a significant reduction in triglyceride levels (P<0.001) and an increase in HDL, an expected outcome given that hypertriglyceridemia is Lovaza’s FDA-approved indication.

Among the diabetics, however, Lovaza seemed to stabilize ACR status, suggesting a preservation of kidney function. Those who took the omega-3 formula maintained their baseline ACRs over the 12-month period;  in the control group, ACR increased by 72.3% (P<0.001).  “Lovaza attenuated the worsening of ACR in diabetic subjects.”

In 17 diabetic subjects on fish oil (43%), ACR actually decreased. The authors observed ACR decreases in only five of the control subjects (12.5%).

“This 3-fold difference is very significant and demonstrates an important change in an early phase of albuminuria,” the investigators wrote. They believe Lovaza can prevent the subclinical progression of albuminuria at the beginning stage of the disease, when ACRs are still <30 mg/g.

Furthermore, in diabetic subjects who were also taking ACEIs or ARBs, Lovaza attenuated the increase in ACR. Among the controls, ACR jumped 64.2% (P<0.001).

These findings make a strong case for fish oil as an adjunct to conventional albuminuria treatments. A big question is whether  non-prescription omega-3 products, at equivalent EPA and DHA doses, would generate similar effects.  Welty says further research is needed before clinicians can draw generalized conclusions.

“Lovaza is an ethyl ester, so it may be absorbed better than some of the over-the-counter preparations,” she explained. “It’s impossible to say if OTC products would provide the same benefit. What we would say to a patient or clinician is to use Lovaza for its FDA-approved indication, which is to lower triglyceride levels. It’s premature to use it to prevent albuminuria until a larger, longer trial is completed.”