Psoriasis is a Real (Migraine) Headache

All-too-often in modern medicine we are blinded by a tendency to treat each condition, disorder, or “chief complaint” as a separate entity — looking at each 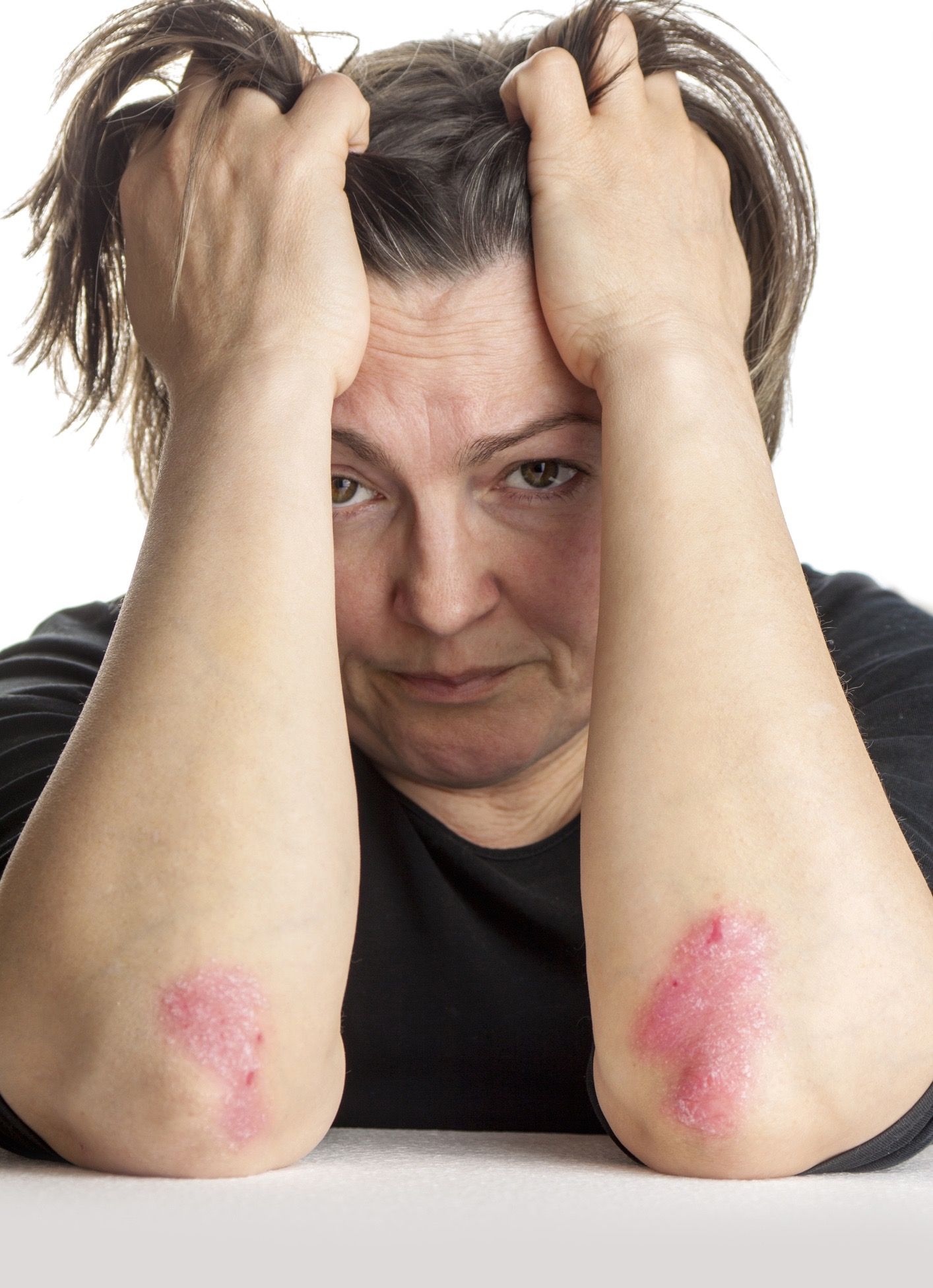 A study published in the Journal of the American Academy of Dermatology late last year looks at two common, chronic conditions that appear unrelated — psoriasis and migraines — and confirms what functional medicine has long believed: that people with psoriatic disease — autoimmune conditions characterized by over-expression of proinflammatory cytokines — are at increased risk for migraine.

A collaborative team of Danish and Swedish researchers examined over 65,000 people with psoriasis from the Danish National Patient Register, and found that the rate of migraines in patients with psoriasis was significantly higher than among patients without the condition.

The people with psoriatic disease had a higher chance of developing a migraine compared with the general population.

Patients with psoriatic arthritis had the highest migraine risk, suggesting that the level of systemic inflammation may be the common denominator. The authors also note that both disorders—psoriasis and migraines—are associated with an elevated risk for stroke, heart failure, hypertension and ischemic heart disease, as well as metabolic conditions like obesity, insulin resistance, dyslipidemia and diabetes. Chronic systemic inflammation is an etiologic factor in all of these conditions.

The psoriasis-associated increased risk was the same regardless of gender. Although association does not establish causality, there is very good reason to suspect a common etiological root, especially since migraines and psoriasis are both associated with cardiovascular disease and proinflammatory cytokines.

The deeper connections clearly need to be investigated.

The key to better health is to address the root causes of conditions and symptoms: reducing inflammation should be one of our main objectives. Chronic inflammation creates an uphill battle for the body; quelling it opens an easier path to recovery.

Inflammation is a complex process and there are a number of things that can trigger it or make it worse. A deficit in any of the areas below can cause or worsen inflammation.

Physical & Nutritional Factors: Because we are only as good as what we put into our bodies, poor nutrition and digestive disorders will impede recovery. So will lack of exercise and insufficient sleep.

Environmental Factors: The toxins that surround us can overburden our livers, which will store what they can’t eliminate. When the liver is overwhelmed, it is unable to do its job in helping decrease inflammation.

To effectively manage conditions like psoriasis and migraine headache — or better yet, to overcome the conditions altogether — we need to address the inflammatory process at every level. This approach will help put the body back into balance, helping not only patients with psoriasis or migraines, but also other chronic ailments.