The Lung Microbiome: How it Influences Asthma Severity 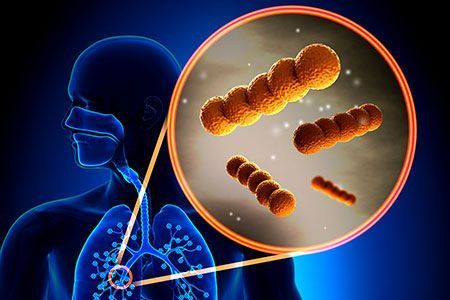 Findings from a recent study link asthma severity to distinct changes in the lung microbiome.

Every day, it seems, we learn something new about microbes in the gut and their contributions to both health and disease. This new research, from the University of Illinois, Chicago, sheds light on a lesser-known but vital aspect of the human microbiome.

The investigators examined the lung microbiota of 13 patients with atopic asthma, a condition marked by underlying inflammation of the airways. Prior studies show connections between the composition of the lung microbiome in asthmatics and several clinical features, including symptom control, severity of airway obstruction, and response to corticosteroid therapy.

As in the gut, the airway microbiome is a complex community of microorganisms that reside within several anatomic sites: the nasopharynx, oropharynx, and lungs. A number of factors can affect these microbial ecosystems, from the types of microbes we inhale and competition between them, to the strength of host defense systems like the immune and mucociliary clearance systems.

Scientists are starting to learn that in some cases, the airway and gut microbiomes work in tandem. “There are a limited number of studies that suggest there is actual bacterial translocation from the large intestine to the lung — but there are many studies that suggest that microbiota in the gut can influence inflammation both locally in the intestine and systemically, in other organs like the lung,” explained lead author on the UIC paper Benjamin Turturice, MD, PhD Candidate at the University of Illinois at Chicago, College of Medicine.

Mounting evidence indicates that microbial dysbiosis in the gut and lungs correlates with increased incidence and severity of asthma.

Based on markers of inflammation, the UI investigators identified two subgroups of asthmatics within the study population, termed asthma phenotype (AP) 1 and AP2. They differed from one another and from a group of healthy controls in a number of ways, including pulmonary function, lower airway microbiota composition, and diversity of the local inflammatory milieu.

Compared with the AP1 individuals, those with the AP2 subtype had significantly more airway obstruction, “suggesting a more severe asthma phenotype,” the authors write. They looked at between-group differences in cytokines associated with obstructive status and identified IL-2 and MIP-1β as two key inflammatory markers linked to the severity of obstruction.

Additionally, the composition of patients’ airway microbiomes also varied notably between the two asthmatic phenotypes. Researchers detected seven main species that were differentially abundant between control subjects,  those with the AP1 pattern, and those with AP2 prior to treatment with fluticasone. The AP2 group, characterized by MIP-1β dominant profiles, was enriched with species from the upper airways, Actinomyces ondontolyticus, Actinomyces oral taxon 180, Neisseria menigiditis, and Streptococcus pneumoniae. The AP1 group, on the other hand, exhibited IL-2 dominant profiles and enrichment with Enterococcus species. 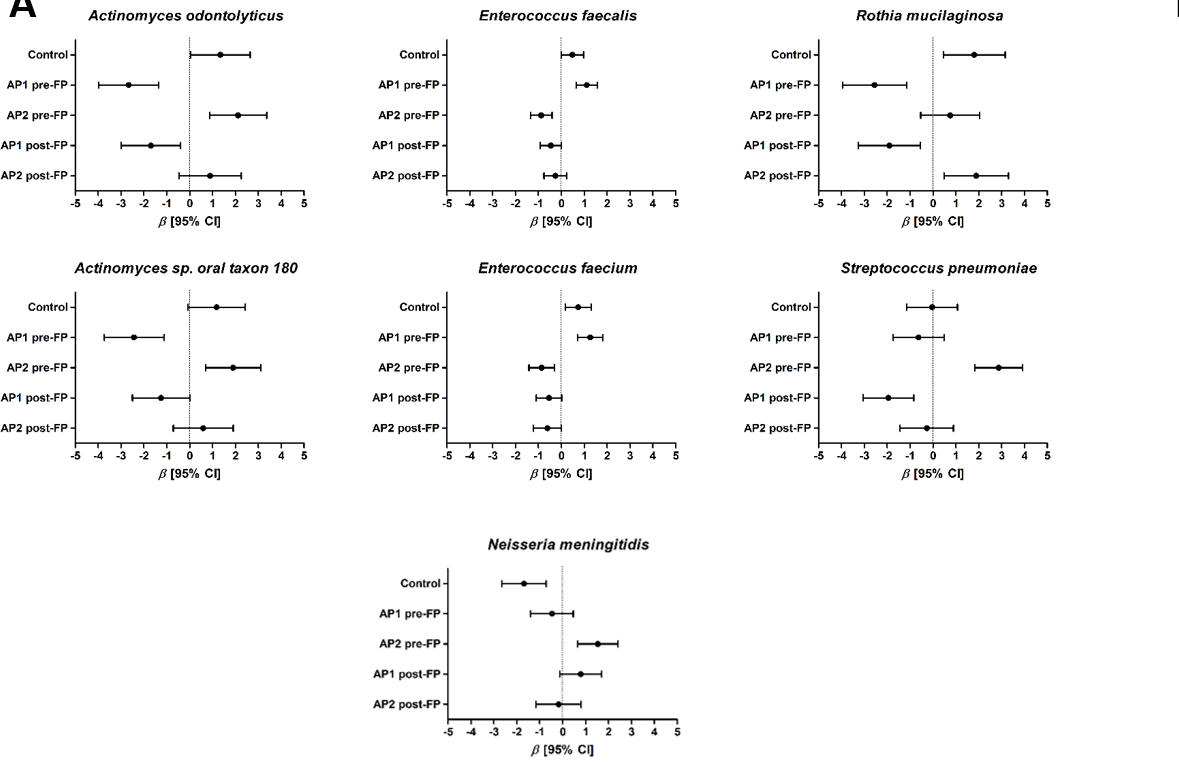 Following six weeks of FP treatment, participants in both the AP1 and AP2 groups showed improved lung function. In the AP2 subgroup, improvements corresponded to significantly increased concentrations of IL-2 and decreased MIP-1β, TNF-α, and fractional exhaled nitric oxide. These changes were not observed in the AP1 patients.

Corticosteroid treatment has demonstrable effects on microbiome composition. At the end of the treatment phase, researchers saw a significant increase in species diversity in both phenotypes. Overall, they saw reductions in the abundance of pathogenic species S. pneumoniae, N. meningitis, E. faecium, and E. faecalis. AP1 patients in particular showed major reductions in E. faecalis and E. faecium, while AP2 experienced a significant decrease in S. pneumoniae and N. meningitis.

There was no significant change in R. mucilaginosa, A. odontolyticus, and A. sp. oral taxon 180 counts in either phenotype.

“Given data that supports the concept that the microbiome plays a fundamental role in asthma, manipulation of the microbiota with specific microbial products or dietary components may be a therapeutic strategy to enhance specific bacterial communities in the gut and/or lung.”

“In our study, we observed strong associations between the presence of upper airway bacteria — bacteria normally in the oropharynx and nasopharynx — detected in the lung and increased pro-inflammatory signaling molecules,” Turturice said. “We did not observe this strong association after the subjects had undergone treatment.” This, he says, “suggests that inhaled corticosteroids may influence the way we respond to microbes in our lung.”

For healthcare professionals, understanding the relationship between the lung microbiota and inflammation could steer asthma treatment decisions in the future.

“Even within a well defined population of allergic asthmatics, differences in severity of asthma and airflow limitation were associated with changes in the lung microbiome. I think this serves as a reminder that asthma is a highly heterogeneous disease and that the lung microbiome may be one factor that contributes to the heterogeneity,” Turturice said.

Eventually, he hypothesized, the lung microbiome may serve as a useful biomarker both for diagnosing specific asthma types and selecting medications.  Since some pathogenic bacteria in the upper and lower airways, including Haemophilus, Streptococcus, Moraxella, Klebsiella, and Rickettsia, are associated with asthma, a patient’s lung microbiome composition could hold prognostic value.

But this is not ready for the clinical prime-time yet. Researchers like Dr. Turturice are just beginning to learn how the lung microbiome supports and influences total health, for asthmatics and others alike.

Along with some of his UIC colleagues, Turturice recently published a review article exploring the potential use of alternative therapeutic approaches for asthma that target both innate immunity and microbiome composition. Diet, they note, could play an important role.

“Given data that supports the concept that the microbiome plays a fundamental role in asthma, manipulation of the microbiota with specific microbial products or dietary components may be a therapeutic strategy to enhance specific bacterial communities in the gut and/or lung.” They point to fruit and vegetable-rich diets, probiotics, and prebiotics that beneficially influence the composition of the microbiome as possible treatments for asthma and other atopic diseases (Ozturk, AB. et al. Curr Allergy Asthma Rep. 2017; 17(9): 62. doi: 10.1007/s11882-017-0730-1).

The influence of the microbial world begins at a very young age. Several studies link early life gut dysbiosis with a greater risk of asthma later in life. Sokolowska et al. write that “development of the early life gut microbiome is influenced by many environmental factors, such as living in microbial rich environments” like farms or through frequent contact with livestock or pets. They also note the importance of “a diverse diet, which [has] been inversely associated with childhood asthma” (Sokolowska, M. et al. Asthma Research and Practice. 2018; 4:1. doi: 10.1186/s40733-017-0037-y).

While the study of the airway microbiome is still a relatively new field, it is clear that microbes in the gastrointestinal tract can profoundly influence lung immunity and inflammation. Further research to more fully distinguish the organisms living in the upper and lower respiratory tracts will more clearly elucidate the role of the lung microbiome within the larger human microbiome. It’s a line of investigation that holds great promise for the development of novel strategies to treat asthma.