Short for “fermentable oligosaccharides, disaccharides, monosaccharides, and polyols,” FODMAPs are a collection of short-chained carbohydrates and sugar alcohols found in a very wide variety of common foods. The FODMAP category includes fructose, a sugar present in high quantities in honey, apples, and pears; lactose, which exists in milk and other dairy products; and fructo- and galacto-oligosaccharides, contained in wheat, rye, onions, garlic, and legumes.

The term also includes sugar polyols, which occur in some fruits and vegetables and are used as artificial sweeteners like sorbitol and xylitol (Gibson, P. & Shepherd, S. J Gastro Hepat. 2010; 25(2): 252–258).

Current thinking suggests that some individuals either malabsorb or are otherwise sensitive to FODMAPs, which can trigger a range of digestive discomforts similar to the trademark signs of IBS, such as bloating, gas, constipation, diarrhea, and abdominal pain. 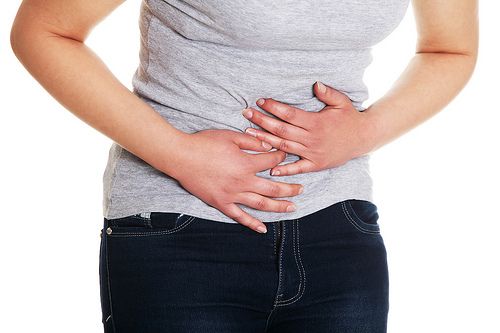 FODMAPs share three common functional properties. First, they are poorly absorbed in the small intestine. They are also rapidly fermented by intestinal bacteria, contributing to excess gas production. And finally, FODMAPs are small and therefore highly osmotic molecules which, when malabsorbed, can cause an influx of water into the colon, resulting in diarrhea (Rao, S. et al. Aliment Pharmacol Ther. 2015; 41(12): 1256–1270).

Recently, researchers have begun to explore the possibility that high FODMAP foods could be the key culprits behind IBS, at least in some patients. For those individuals, reducing or eliminating FODMAP consumption may offer relief.

Several studies have tested this notion — and the results are promising. In one study, published earlier this spring, 86% of a cohort of 131 IBS patients who followed a FODMAP-free diet reported significant improvement in IBS symptoms. The biggest impact was on bloating and abdominal pain (Maagaard, L. et al. World J Gastroenterol. 2016; 22(15): 4009-4019).

An earlier study also showed reductions in bloating, pain, and flatulence among IBS patients while following a low FODMAP diet. The data suggest that this dietary intervention is a first-line therapy in IBS treatment (Halmos, E. et al. Gastroent. 2014; 146 (1): 67–75).

Peter Gibson, MD, and a team of scientists at Monash University in Australia were the first to provide evidence that a low FODMAP diet reduces IBS symptoms. They recommend fully eliminating all high FODMAP foods for two to six weeks, then gradually re-introducing each type of FODMAP food to determine which ones, and in what quantities, are most problematic.

Gibson says many FODMAP-sensitive people can eventually return to their usual diets, provided that they avoid just the few high FODMAP foods to which they are most sensitive.

Unlike the situation with gluten, prolonged elimination of all FODMAP-rich foods may not be a good idea.

The team at Monash reports that following a strict FODMAP-free diet can, in the long run, reduce levels of certain beneficial intestinal bacteria. That’s because many foods high in FODMAPs are also high in natural prebiotic fibers that promote the growth of probiotic bacteria. For this reason, healthy individuals who do not truly need to go FODMAP-free should avoid doing so.

Further complicating the picture are the many similarities between IBS and gluten intolerance. In their analyses of grain and cereal products, Gibson and Muir have found that gluten-free grains tend also to be low in FODMAPs like fructans and galacto-oligosaccharides. Consequently, when following a low FODMAP diet, gluten-intolerant patients often experience a symptom reduction — though it’s unclear whether this is due to the lower FODMAP content of gluten-free foods or the removal of gluten itself.

These initial findings offer an important reminder that while low-FODMAP eating may provide IBS relief for many, there’s no one-size-fits-all diet that works for every patient. Gibson’s team recommends that clinicians who are not well-versed in individualizing dietary interventions consult with qualified nutrition practitioners to help identify the foods triggering a patient’s symptoms, and then working to develop a comprehensive nutrition plan to minimize exposure.