Making Clinical Sense of the Microbiome

It’s “the greatest turnaround in science and medicine in the last 150 years,” says Raphael Kellman, MD, of the current microbiome revolution. 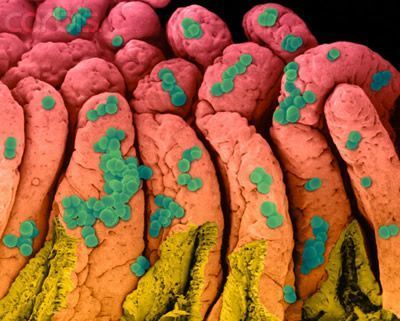 The recent shift from a view that bacteria are our worst enemies to one that sees microbes as our most important allies in health, “is opening a new chapter in medicine,” says Dr. Kellman, an internist and functional medicine practitioner in New York City.

Of course, the core concepts in this “new” chapter are not really all that new!

Hearken back to 1907, when Benedict Lust—widely recognized as the father of naturopathic medicine–said the following: “We believe that germs and microbes should be looked upon as beneficent workers instead of enemies to human health.”

What is new is our ability to plumb the mysteries of the microbiome with sophisticated scientific tools, and to discover the myriad ways in which prokaryotic organisms influence and regulate (dare we say control?) human physiology and behavior.

The microbiome is no longer a fringe concern. It’s gone mainstream. Last year, an article in the Mayo Clinic Proceedings predicted that, “In a short time understanding the basic concepts about the interactions between humans and their microbiomes will be as important to clinicians as understanding concepts of genetics or germ theory.” (Khanna S, et al. Mayo Clin Proceed. 2014; 89 (1): 107-114).

New microbiome information is emerging at such a rapid clip that few can keep up. Ninety percent of the roughly 4,000 microbiome articles now on PubMed were only published within the last 5 years!

As in all revolutions, zeal sometimes overtakes reason. Over-simplification of the complex relationships between man and microbes is leading many clinicians and patients to intervene in ways that far exceed our actual scientific understanding.

Wanton use of probiotics is one example. Many people are using probiotic supplements indiscriminately. That, says Dr. Kellman, isn’t such a good idea. 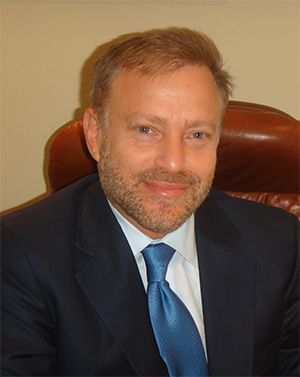 He stressed that probiotics are an important piece of the gut health equation. But in the absence of a comprehensive approach aimed at eliminating unfriendly organisms, improving diet and lifestyle, rebuilding damaged GI mucosa, and eliminating food triggers, they are unlikely to be effective.

The challenge for clinicians today is how to synthesize the wealth of new microbiome information into truly effective therapeutic strategies.

Software of the Body

What we do know is that bacterial cells outnumber human cells in the body by a factor of 9:1. “We are basically bacteria dressed up in a suit,” quipped Dr. Kellman at the Functional Forum, a monthly NYC-area practitioner meet-up.

The microbiome has tentacles into every aspect of our physiology. It is involved in production of vitamins, amino acids, bile acids, and fermentation of non-digestible substrates. It plays a key role in glucose and fat metabolism, calorie extraction, genetic signaling, and weight regulation.

When healthy, the microbiome protects the gut mucosa from colonization by pathogens; regulates innate and adaptive immunity; and modulates inflammatory reactions.

Some authors have referred to the microbiome as the “forgotten” or “hidden” organ. Others see it as the “software of the body.”

Microbiome changes have been linked to a host of common disorders including:

In a double-blind, placebo controlled study published a decade ago, Elizabeth Furrie and colleagues at the University of Dundee, Scotland, treated 35 patients with ulcerative colitis with either placebo or a “synbiotic” combination of probiotics (Bifidobacterium longum derived from healthy rectal epithelium) and a prebiotic (inulin-oligofructose derived from chicory).

After one month, patients underwent sigmoidoscopy. The researchers saw major reductions in visible inflammation and ulceration, as well as reduced levels of proinflammatory cytokines (IL-1, TNF-α), and mRNA for human β-defensins—indicators of active ulcerative colitis. They found no such changes among the patients on placebo (Furrie E, et al. Gut. 2005: 54(2): 242-9)

In 2010, researchers at McMaster University, Hamilton, ON, published a systematic review of 19 trials of probiotics for IBS, and concluded that “probiotics appear to be efficacious in IBS, but the magnitude of benefit and the most effective species and strain are uncertain.” (Moayeddi P, et al. Gut. 2010 Mar;59(3):325-32).

Dr. Kellman said the Furrie study underscores an important point: “This looked at probiotics and prebiotics together. You need the combination. Just using probiotics without endogenous changes within the gut ecology won’t work well.”

The microbiome communicates to the brain via the vagus nerve, via the production of neurotransmitters, and via its communication with the immune system.

“The crosstalk is what’s most fascinating,” said Dr. Kellman, author of The Microbiome Diet, a patient-friendly guide to restoring and maintaining gut health.

“The gut and the brain speak the same language. Gut bacteria produce neurotransmitters. The bacteria can speak to the brain via the immune system, and they also send messages via endocrine pathways, especially via the HPA axis.”

Echoing a view held by many microbiome researchers, Dr. Kellman suggested that the microbiome actually played a role in the evolution of the human nervous system, and that it continues to do so. “Microbes replicate quickly, exchange genes quickly, evolve quickly. It’s a massive library of genomic information. Flexibility and plasticity of the microbiome is very important to giving us evolutionary advantage.”

The microbiome “speaks” to the central nervous system via cortisol, DHEA and other hormones. It also produces short chain fatty acids; neurotransmitters like GABA, tryptophan, and serotonin; and catecholamines and cytokines all of which can act locally within the gut or systemically via vagal nerve pathways.

As Irish psychiatrist Paul J. Kennedy pointed out in an intriguing article entitled “Irritable Bowel Syndrome: A Microbiome-Gut-Brain Axis Disorder,” the microbes produce these signals to communicate with each other; it so happens that they also affect us (Kennedy PJ, et al. World J Gastroenterol. 2014: 20(39): 14105-25).

Discoveries like this add an important new dimension to our understanding of depression, anxiety and other psychological disorders.

There is some evidence that translocation of Gram-negative enterobacteria is a trigger in the onset of depression, especially the fatigue and insomnia components. The mechanism has to do with activation of immune cells and production of IgA and IgM in response to lipopolysaccharides produced by the bacteria (Maes M, et al. J Affect Disord. 2012; 141(1): 55-62).

There’s a growing consensus in the mental health field that chronic inflammation and oxidative stress play a major role in depression (Berk M, et al. BMC Med. 2013; 11: 200)
The idea that microbiome dysregulation may underlie the inflammation opens a new possibility for treatment.

Microbiome research is fueling a surge of clinical testing methods for characterizing the flora in and on the human organism. There are dozens of labs offering tests for assessing the health of the microbiome.

How many of these tests prove to be practical, clinically useful, and economical over the long term remains to be seen.

According to Dr. Kellman, one need not get overly fixated on extensive testing in order to get a basic handle on what’s going on with most patients. A few simple tests can give a lot of useful information.

A basic blood nutrient profile offers plenty of clues. Look closely at the B vitamins. If they’re low, and if zinc is also low, it’s a strong indicator that the patient has dysbiosis, particularly small intestinal bacterial overgrowth (SIBO). That’s because unhealthy bacteria in the small intestine love these nutrients and preferentially absorb them, at the expense of their host.

Dr. Kellman says he’s not a big fan of stool testing: “It doesn’t’ go deep into microbiome in the gut wall. What’s in the stool is not necessarily representative of what’s really going on. Frequently I use breath-testing on provocation to determine if there’s bacterial overgrowth. I find it to be more effective than stool (see, How to Test for Dysbiosis, p.__).

Restoring and maintaining a healthy microbiome is heavily dependent on diet.

The dietary recommendations need to be individualized to each person’s age, overall health (or comorbidities), nutritional needs and preferences. Unfortunately, there’s no one-size-fits-all approach.

However, he urged caution with meat and fat. “Excessive meat consumption, excessive fat consumption can be as problematic for the microbiome as excessive carb consumption.” The key, he says, is balance.

He questioned the wisdom of heavily meat-centric “paleo” diets for people with microbiome disturbances.

“The paleo premise is that you should eat a lot of meat. In general, I think the paleo thing is unhealthy for the microbiome. Some paleo principles are true, like eliminating refined carbs. But those principles are not unique to paleo; they are key to any healthy diet.

Another oft-heard paleo premise is that our health problems stem from the fact that our ancient primate genes couldn’t keep up with agricultural changes.

“But those theories leave out the microbiome,” says Dr. Kellman. “Our genes may not have changed, but the microbiome sure has! It quickly adapts to a changing environment.”

The point, he says, is to help each patient figure out what works best. Once you eliminate junk foods and identify and minimize potential allergens and triggers, the game becomes about experimenting with different foods to see which are most beneficial, and which are harmful.

In general, he encourages patients to eat organic as much as possible, and to avoid GMOs. “We don’t want to throw unknown genes into the microbiota.”

“We shouldn’t be focused as much on the probiotics. We need to focus on the prebiotics,” says Dr. Kellman. “The probiotic bugs are like tourists, they come to town and improve the economy for a few days or weeks, but they don’t have long lasting effects. We need stable citizens, and a healthy, stable environment that supports them. Food, diet, lifestyle factors, and prebiotics are the keys to supporting healthy bugs. Clinically, we need to focus on that.”

The microbiome can change for the worse pretty quickly, but changing it positively doesn’t happen overnight. Patients need to understand this. The idea of probiotic quick-fixes is definitely misguided, especially in the absence of dietary changes.

As microbiome researchers continue to shed light on the fascinating world within our GI systems, our clinical approaches to assessing and treating dysbiosis will no doubt improve.

“The probiotics of the future will be put together in specific ways to improve various and specific conditions,” Dr. Kellman predicted. “Right now, the challenge is to find the right combos, or else you have to find individual ones and put together your own combos. We are just at the very beginning of all of this.”