The Cleveland Clinic has teamed up with functional medicine pioneer, Mark Hyman, MD, to establish the multi-million dollar Cleveland Center for Functional Medicine Institute, slated to open on September 23, 2014.

Long recognized as one of the world’s finest healthcare systems, and a paragon of what’s best about American medicine, the Cleveland Clinic is the first mainstream institution to whole-heartedly embrace the functional medicine model as developed by the Institute of Functional Medicine. 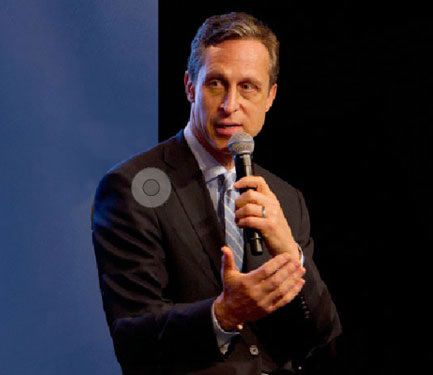 The project began a few years ago, when Dr. Hyman met Delos “Toby” Cosgrove, MD, the Cleveland Clinic’s president and CEO, at a conference in Europe.

“For two years he’s been chasing me to try to get me to come to Cleveland,” Dr. Hyman told participants at a Functional Forum gathering in New York City last Spring.

Initially skeptical, Dr. Hyman said that over the course of many conversations he came to realize that Dr. Cosgrove—a cardiovascular surgeon and decorated Air Force officer who has been with Cleveland Clinic since 1975—was sincere in wanting to change the way medicine was practiced with the Clinic’s systems.

“You Don’t Want Me There”

Knowing the disruptive potential of functional medicine in conventional settings, Hyman tried many times to convince Cosgrove that he was asking for trouble.

“I said, ‘Toby, you don’t want me there. Because, if I go there I’m going to tell you that most of what you are doing is wrong, that in fact you are harming people, that I would want to implement programs that are going to empty out half your hospitals, and clear out most of your procedure rooms, reduce hospital stays and doctor visits dramatically. Are you okay with that?”

Dr. Cosgrove, who declined President Obama’s invitation to head the Veterans’ Administration earlier this year, said he was ready, and that he could see the direction medicine had to take.

“Despite my tremendous resistance and my continual efforts to convince him why it was a really bad idea to have me there, we are going to start a functional medicine institute at the Cleveland Clinic in September,” said Dr. Hyman, who is the Institute for Functional Medicine’s board chairman.

The new center in Cleveland will have several objectives, one of which is to create clinical programs based on the best practices and the aggregate intelligence of the worldwide functional medicine community. Dr. Hyman hopes to determine what are the best diagnostic approaches and lifestyle-based interventions for preventing and treating debilitating chronic autoimmune disorders.

“How do we begin to create practice guidelines and clinical programs that are scalable and can be taught around the country? How do we build an education curriculum for undergraduate, graduate and post-graduate education?” Dr. Hyman questioned. “IFM is for post-grad, but we want to get all the way down through.

The new institute ties in with a broader $80 million medical school partnership between Cleveland Clinic and Case Western Reserve University that will also break ground this fall.

Research is also at the top of Dr. Hyman’s agenda. “We’re going to create a clinical research program to test this model and go head to head with conventional care for autoimmune diseases, diabetes, migraines, asthma…for the whole list of conditions we treat successfully. We want to show that this works better than conventional care.”

In June, Dr. Hyman and Dr. Hanaway, presented the first-ever functional medicine grand rounds at the Cleveland Clinic. Titled, Functional Perspectives on Food and Nutrition: The Ultimate Upstream Medicine, the presentation brought the core principles of functional medicine to a wide range of healthcare professionals affiliated with the Clinic.

“To have somebody like Cleveland Clinic that is really one of the leaders in health care…come to us for help….that’s a statement of where we’re at.”
–Mark Hyman, MD

The functional medicine project is the crest of a decade-long wave of change at Cleveland Clinic, one that is moving the $6.2 billion network of hospitals, family health centers, and outpatient clinics in a decidedly holistic direction.

As early as 2005, the administration mandated that all Cleveland Clinic properties be smoke-free, and in 2007 stopped hiring smokers. Also in 2007, the clinic established a Wellness Institute and created the nation’s first Chief Wellness Officer position, ably filled by Dr. Michael Roizen.

Since then, the system has banned sugared beverages and junk food snacks, launched weekly farmers’ markets, offered free yoga programs for its 37,000 employees, and created Centers for Integrative Medicine in five locations.

Earlier this year, the Clinic opened a Chinese Herbal Therapy Clinic, based at the Tanya I. Edwards Center for Integrative Medicine. It is one of the first hospital-based herbal medicine centers in the US.

Dr. Hyman says he believes Dr. Cosgrove and the Cleveland Clinic leadership are, “motivated in part by doing the right thing, and in part by looking ahead and seeing how reimbursements are going to shift toward being accountable for outcomes instead of volume.”

This, he says, creates golden opportunities for holistic medicine, not just at Cleveland Clinic, but throughout American healthcare.

“We’re doing the type of medicine that will be the future of healthcare. To have somebody like Cleveland Clinic that is really one of the leaders in health care….to have them come to us for help, that’s a statement of where we’re at. So I don’t think we need to be apologetic anymore. We are at the center of the change that’s happening.”