The combination of chondroitin and glucosamine may be as effective as a commonly prescribed NSAID in treating painful knee osteoarthritis, according to 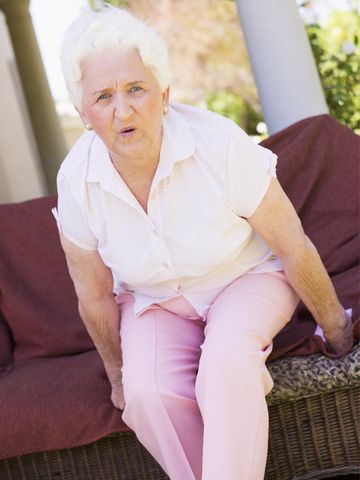 data from a large multicenter trial headed by investigators at the University of Maryland.

Standard OA management focuses on pain reduction through the use of analgesics and non-steroidal anti-inflammatory drugs (NSAIDs). However, NSAIDs are associated with a range of adverse gastrointestinal and cardiovascular side effects, raising numerous concerns about their long-term use.

Previous studies, including the NIH’s Glucosamine/Chondroitin Arthritis Intervention Trial (GAIT), have examined the efficacy of natural supplements as an alternative to mainstream OA pain treatment. In particular, glucosamine and chondroitin sulfate, two naturally occurring substances, have been widely promoted in OA pain management.

Glucosamine, an amino sugar, and chondroitin sulfate, a complex carbohydrate, are both found in connective tissue and can help to reduce pain and inflammation, improve joint function, and slow the deterioration of cartilage.

Additionally, after 6 months of treatment, 79.7% of patients taking the nutraceutical combination and 79.2% of those on the prescription drug fulfilled OMERACT-OARSI criteria for designation as treatment “responders.” Both groups displayed a >50% reduction in joint swelling and effusion.

The authors note that adverse event rates were low and similarly distributed between the two groups.

Patients treated with celecoxib appeared to demonstrate superior results at the 1-4 month mark, in terms of changes on the WOMAC scores and Huskisson’s visual analogue scale. However, by 6 months both treatment groups showed similar levels of improvement.

While chondroitin sulfate and glucosamine may have a slower onset of response, the investigators argue, their ability to provide long-lasting pain relief and functional improvement in OA is equivalent to celecoxib.

The results of the MOVES trial suggest that chondroitin sulfate plus glucosamine is not only an effective treatment for OA, but may also offer a safer alternative for patients with cardiovascular or gastrointestinal conditions for whom NSAIDS are contraindicated.

As reported by the National Institutes of Health (NIH), an estimated 27 million adults in the United States live with osteoarthritis (OA). The most common type of arthritis, OA is a degenerative joint disease caused by the breakdown of cartilage. It typically affects large weight-bearing joints such as the knees and hips and is characterized by pain, joint damage, and limited range of motion.

Given the continued aging of the US population, the prevalence of OA is not likely to abate, underscoring the need for safe and effective non-pharma treatment options.