With the re-election of President Barack Obama, the Patient Protection and Affordable Care Act, aka ObamaCare, will continue to roll out according to the plans of its architects.

In the trenches of healthcare, clinicians and the various organizations that represent them are struggling to understand exactly how the reform plan will affect them in the coming years. Practitioners of holistic and integrative medicine are likewise trying to figure out what the plan will mean for their future. 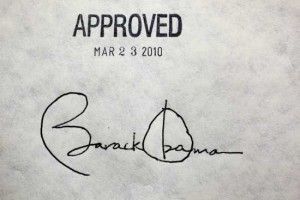 While the ACA includes references to integrative health care and preventive medicine, it isn’t exactly rife with them, and what exactly those references mean has yet to be seen.

Dr. Janet Kahn, a policy advisor to the Consortium of Academic Health Centers for Integrative Medicine, and one of holistic medicine’s strongest voices on Capital Hill, told Holistic Primary Care that while she believes the ACA is a step in the right direction, giving more room at the table for integrative healthcare than ever before, it’s not a hand out. Substantial work needs to be done if holistic medicine wants to be included in the future of insured health care.

“The law gives us a lot of toeholds, but it doesn’t guarantee us inclusion,” Dr. Kahn said. “It’s not a birthday, you know. It doesn’t just come with a pile of presents for us…. We’re still going to have to work hard for the changes that we want.”

The Premise Behind ObamaCare 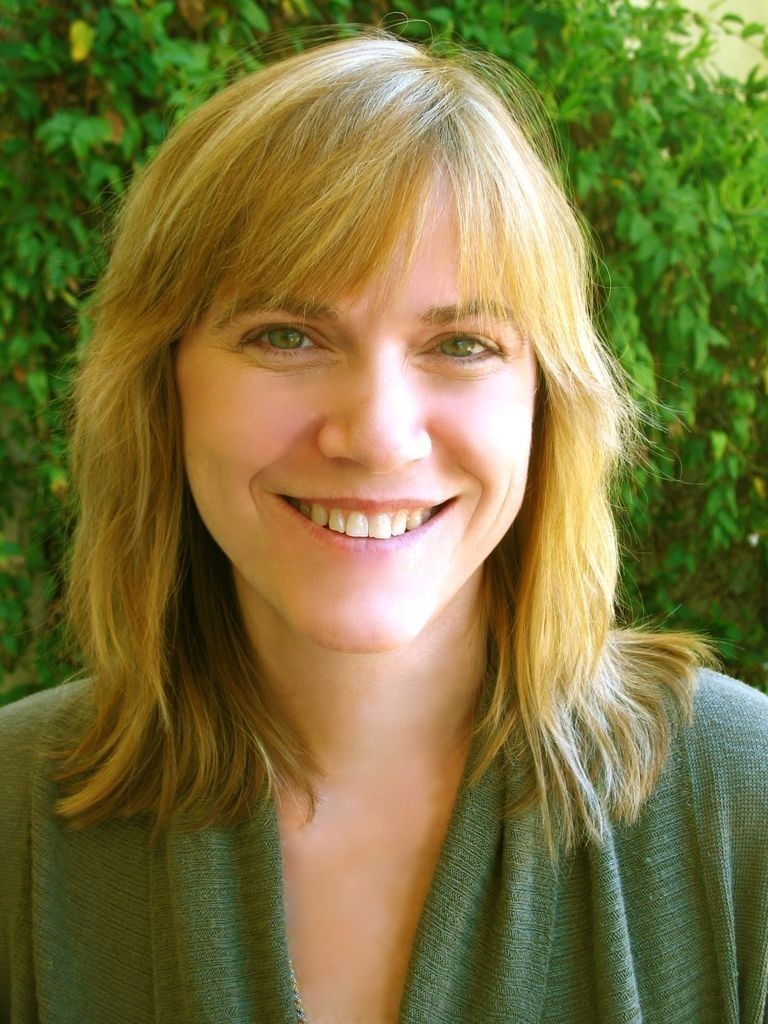 our country,” Dr. Roberts said. “I can talk about personal stories of people who have been devastated by illness who didn’t have the finances to take care of it. … And to me, that’s a tragedy.”

The Integrative Medical Consortium has not as yet decided whether to endorse the ACA, but Dr. Roberts said that personally she thinks it needed to happen, even if the end result is that holistic medicine makes little headway into mainstream insurance coverage.

“That doesn’t outweigh the fact that we’re going to be covering so many more people,” she said.

Dr. Kahn said she appreciates the ACA’s basic philosophy, which she thinks reflects a shift in the way people in the US view health care. “I consider the ACA to … reflect in it some of the values of holistic health care. It recognizes what’s hurting the country is more than invasion of germs; it’s our lifestyle. … That’s going to be true, no matter who’s in president and who’s in Congress.”

The ACA does offer a major bright spot for integrative medicine in its new definition of the national health care work force. Section 5101 of the law says that all “doctors of chiropractic,” and all “licensed complementary and alternative medicine providers, integrative health practitioners” are included.

Non-discrimination clauses in the ACA also have integrative practitioners smiling, albeit cautiously. Section 2706, which takes effect in 2014, mandates that insurance companies may not discriminate against any health care providers. 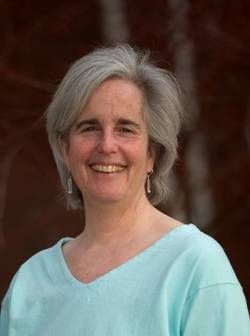 Dr. Kahn said this could apply to a couple types of discrimination. As long as all the services are within a health area that falls under the plan’s covered benefits, it may mean that insurance companies will not be able to pick and choose what parts of a health care practitioner’s services they will reimburse.

But the clause may have another interpretation, she said. If insurers cover a specific service – for example, nutritional counseling for diabetics – they may also be required to reimburse any practitioner who offers that service within the clinic receiving the reimbursement. This doesn’t mean, however, that insurers will have to cover all services provided by these practitioners.

The nuances of the non-discrimination clauses and the ways in which they will be implemented and enforced, remain to be seen.

A Room in the “Medical Home?”

Integrative practitioners see some room for influence in the creation of patient-centered medical homes (PCMH), which the ACA strongly encourages. PCMH is the Obama administration’s preferred model for community-based healthcare delivery, especially for people living with chronic diseases. At their best, PCMH clinics are designed to be a long-term partnership between patients and their physicians, and seem to focus on wellness as well as prevention.

Dr. Roberts said she thinks the PCMH concept gets at the heart of what’s important in integrative medicine. “They’re a really interesting experiment,” she told Holistic Primary Care. “(They are) more of a health-centered approach than an illness-centered approach.”

The holistic undertones of the PCMH concept may well allow integrative practitioners to stake a claim on their creation, agreed Dr. Kahn. Officially designated PCMH clinics must be supported by community health teams, which may include licensed complimentary alternative medicine practitioners.

“It says ‘may,’ it doesn’t say ‘they have to,'” Dr. Kahn said. “To me, this opens up way more space for the wisdom and the expertise of (integrative) professions to come forward. (But) it will take some being proactive on their part to be part of the conversation.”

HSAs on the Chopping Block

Some integrative medical groups have expressed fear for the survival of insurance company-sponsored health savings accounts (HSAs), the insurance option that allows patients to use money in a fund for the health care options they choose, even if it’s not covered by a traditional medical insurance policy.

Organizations like the Alliance for Natural Health have published the opinion that regulations through the act’s Medical Loss Ratio clauses – which mandate that certain percents of an insurance companies expenses must go toward patient care, and which do not consider HSAs to be patient care–will encourage insurance companies to drop HSAs altogether to save on cost.

Since most patients who utilize integrative health care pay for it either out of pocket or with HSAs, the prospect of losing the latter can be daunting.

Dr. Roberts agreed that losing HSAs is a real concern, but said she thinks that, the way the act is moving, HSAs might not matter as much to integrative practitioners in the future. “Maybe we won’t need HSAs if we’re part of the system,” she said. “It seems we’re being invited inside that system.”

Not all holistic clinicians welcome that invitation. The less-than-amicable past relationships between the insurance industry and the holistic medicine movement, the declining insurance reimbursement to conventional primary care doctors, and the disintermediating effect that 3rd party reimbursement has had on the clinician-patient relationship has made many practitioners wary.

For the moment, the main takeaway for integrative primary care practitioners is that the ACA is still evolving, and its ultimate shape and function are largely unknown.

Robert Bradner, a partner at Holland & Knight, a Washington, DC-area law firm that specializes in federal budget law with expertise in health care, said that plenty of states will be playing catch-up to try and meet deadlines specified in the ACA.

The formation of state-run health insurance exchanges, for example, is not exactly unfurling as the writers of the ACA hoped. The act requires states to have their exchanges operational before Jan. 1, 2014. Before September 2013, states should have passed their own laws about the exchanges, allowed for budgets, given insurance companies guidance on new standards, instituted all the information technology, and approved plans developed by private companies.

“Some of the blue states, they are racing ahead and doing all these things,” Mr. Bradner told Holistic Primary Care. A number other of states – mostly red – haven’t even begun working on their exchange programs, or have decided they will not create an exchange at all. Now that Obama has been reelected and the ACA is here to stay, Mr. Bradner said these states will be hard-pressed to come aboard, even if they want to.

“I guess I don’t want to use the word ‘crisis,’ but there’s going to be a great deal of difficulty meeting the deadline. Providers who have been hanging back waiting to see where this is all going will be playing some catch up.”

The federal government is going to have to do some heavy lifting for the federally facilitated insurance exchange. On top of that, the Fed will have to start cajoling unwilling states to go along with the planned Medicaid expansion. State governments will have to start looking at Accountable Care Organizations.

In other words, there’s a lot going on.

Dr. Kahn sees all of this movement as a chance for integrative practitioners to jump in and start making their voices heard. Practitioners should stay in touch with what is going on in their own states and their own professional associations. Mechanisms and methods are still being put into place, and if the integrative health community wants a piece of it, they need to be their own advocates.

“I think this is a time for the various professions to collaborate with one another and work on what the implementation of this law is going to look like,” she said.

Mr. Bradner agreed – on the federal level, if integrative practitioners want in, they’re going to have to knock. “Really the only way they can impact this process is by advocacy.”

Research what’s happening in your own state, and try to get involved, Dr. Kahn said.

Dr. Roberts sees the current transition period as an unprecedented opportunity. “At this point, integrative medicine … has a bit more of a voice than we’ve had in the past,” Roberts said. “I think we’re getting more of a voice. Is it that we’re taking over the place? Not at all! But that’s OK, we’re just happy to be part of the conversation.”

Gaby Zastrocky is a multimedia journalist currently reporting for Evergreen Newspapers in the foothills outside of Denver, CO. She specializes in the fields of education and health care, and has strong interests in energy, religion and business.