Consider zinc deficiency when evaluating patients with symptoms suggestive of depression. It is a surprisingly common but often overlooked factor that, when corrected through supplementation, can have profound positive effects. In some cases, zinc repletion may obviate the need for drug therapy, according to integrative psychiatrist, James Greenblatt, MD. 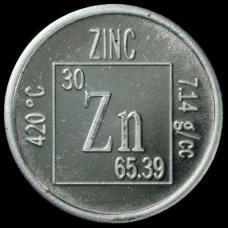 Zinc is one of the most prevalent trace elements in the human body, with roughly 2-3 grams concentrated in the brain, bones, liver, kidney, and muscle tissue. Zinc plays a role in over 100 enzymatic reactions throughout the neurologic, immunologic, dermal and gastrointestinal systems.

It is involved in activation of T lymphocytes and the facilitation of wound healing; enables protein synthesis and DNA replication in cell growth; aids in detoxifying hormones and toxins in the liver; and plays a role in maintenance of the lining of the stomach wall for proper digestion and assimilation of nutrients. Zinc is also fundamental for hormonal balance, proper functioning of the sensory organs (smell and taste, in particular), and carbohydrate digestion.

As early as the 1920’s, health care practitioners became aware that the presence or absence of zinc influenced mental and emotional function. Some utilized zinc supplementation for treatment of psychosis and emotional dysregulation. It has only been more recently that there has been a more dedicated scientific effort to figure out how this mineral affects neurological function, and what kind of correlations (if any) may be drawn between zinc deficiency and intensity of illness.

Outcomes of contemporary research suggest that zinc has many varying and complex catalytic roles that collectively create the potential for depression.

Back in 1994, researchers at Case Western Reserve University compared serum zinc levels from 48 patients with unipolar depression and 32 non-depressed control subjects (Maes M et al. J Affect Disord. 1994; 31(2): 135-40). They saw a clear correlation between low zinc and depression, and concluded that “hypozincemia” increased the incidence and intensity of depression.

This observation was later corroborated in 2005 by Nowak and colleagues, who have also published studies confirming the efficacy of zinc supplementation as an adjunct to antidepressant drug therapy (Nowak G, et al. Pharmacol Rep. 2005; 52(6): 713-8), noting statistically significant improvements of depression among those on zinc as compared to a control placebo group.

The Nowak group has also suggested that the therapeutic action of some antidepressant drugs may be in fact quite similar to the natural activity of zinc in the brain: both stimulate the production of brain derived neurotrophic factor (BDNF), a growth factor that helps to support the survival and differentiation of neurons in the central and peripheral nervous system. BDNF has been studied by several other investigators, and is considered a key influencer in the development of depression (Dwivedi Y. Neuropsychiatr Dis Treat. 2009; 4: 433-49).

Not only is zinc essential to maintaining and developing neurological networks, it is also necessary for the effective neural communication within those networks.

Researchers at Duke University Medical Center have recently confirmed that communication between neurons in the hippocampus—the area of the brain responsible for learning, memory and emotional regulation—is also reliant upon the presence of zinc (Pan E, et al. Neuron. 2012; 71(6): 1116-26). Though this work was originally done to explore the functional aspects of epilepsy, the results may have significant implications in depression prevention and treatment.

Dr. Greenblatt, director of Comprehensive Psychiatric Resources, Waltham, MA, and author of The Breakthrough Depression Solution, believes there is an intimate relationship between zinc and the function of neurotransmitters.

He said there are several hypotheses that attempt to explain this relationship. Of these, two stand out: 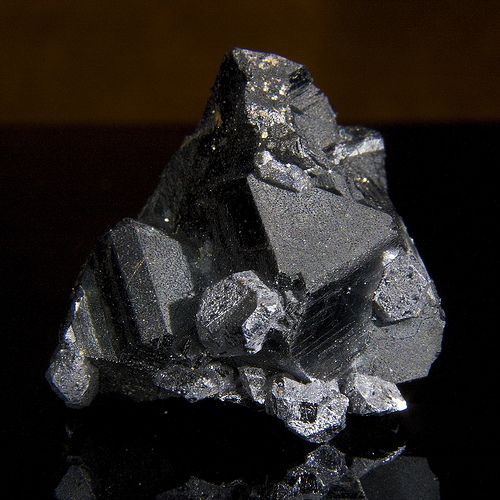 one holds that zinc is a cofactor in neurotransmitter production and function; the other posits zinc as an essential component in modulating inflammation. A growing number of researchers and clinicians are beginning to recognize that there is a chronic inflammatory component in the etiology of depression.

For the past 40 years, depressed mood has been thought to reflect lower levels of serotonin or lower sensitivity to it (Coppen A. Br J Psychiatry. 1967; 113(504): 1237-64). Serotonin is synthesized from an amino acid precursor, tryptophan, which must be absorbed through digestion. However, in order for proper digestion to occur, there must be adequate stomach acid to ensure that proteins are denatured into absorbable amino acid components. This is heavily dependent on zinc, because stomach acid is made by the enzyme, carbonic anhydrase, which requires zinc in order to function. 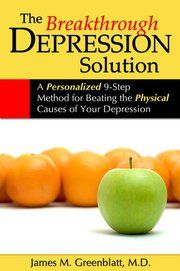 Dr. Greenblatt proposes that zinc supplementation helps to maintain neurotransmitter balance and reduces the likelihood of serotonin deficiency by ensuring that stomach acid production is not compromised, therefore allowing for a greater amount of precursor amino acids to be absorbed and utilized.

Tryptophan is not the only dietary component that is dependent upon stomach acid for optimal absorption; all other amino acids and many minerals (such as magnesium, calcium, and iron) likewise only become absorbable in the presence of adequate gastric acid production.

Zinc deficiency is certainly not the only cause of inadequate acid production, but in the absence of other causes—such as prolonged use of acid-suppressive drugs—it should be considered.

A prominent alternate depression hypothesis postulates that the illness is actually the result of widespread inflammation throughout the body (Wager-Smith K, Markou A. Neurosci Biobehav Rev. 2011; 35(3): 742-64). Dr. Greenblatt suggests that the process necessary for zinc assimilation may be the key to understanding and linking inflammation with this mineral deficiency.

Zinc is introduced to the body through digestion, and provided as free ions once breakdown of protein-bonded molecules has occurred. The zinc is then joined to ligands so that it may be absorbed through the enterocytes of the duodenum and jejunum, and then carried directly to the liver where it is bound to albumin protein in order to be distributed throughout the body. Dr. Greenblatt said that when in a state of constant inflammation, the body lowers the amount of albumin protein in the bloodstream, effectively shutting down the transport system for zinc. This, he believes, would explain the observed connection between inflammation and depressive symptoms.

However, he also noted that zinc deficiency also causes membranes to be more prone to oxidative damage while reducing the amount of inflammation-reducing cytokines such as interleukon-6. It is quite possible that this is actually at the root of the inflammation, creating a negative feedback loop whereby low zinc levels lead to less albumin which leads back to even lowered zinc availability.

In addition, zinc is also involved in down-regulating the pro-inflammatory effects of other cytokines, and is a necessary component of the metalloproteins that guard the body against inflammatory damage.

There is currently no universally agreed-upon, single biomarker for clinical testing of zinc status. Richard Wood, of the Mineral Bioavailability Laboratory at the USDA’s Nutrition Research Center on Aging at Tufts has noted that, “In frank zinc deficiency, clinical signs and static measures of zinc concentrations in a variety of readily available tissues, such as plasma, various blood cell types and hair, may uniformly confirm the presence of depleted body zinc stores. However, in general, the relative insensitivity or imprecision of these measurements has resulted in general disappointment in their use to assess marginal zinc status.” (Wood RJ. J Nutrition. 2000; 130: 1350S-1354S).

Dr. Wood called for greater research to find a simple, reliable and clinically useful test, but unfortunately, the situation has not changed much over the last decade.

That said, many researchers believe that mild to moderate zinc deficiency is rampant throughout the United States, especially in lower income communities. Phytic acid, a component of cereal grains and vegetables, blocks the absorption of zinc, making vegetarians and vegans particularly susceptible to deficiency.

Zinc must be taken daily, as the body lacks a storage system for it. The mineral can be found at high levels in oysters, meat products, legumes, and dairy, though much is lost through food processing or is no longer present in meat products from conventional agricultural methods and animal rearing practices.

Although zinc is essential for maintaining proper neurologic function, it will interfere with the actions of 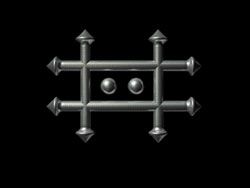 other minerals—notably copper, calcium, and iron. It can cause symptoms of acute toxicity when taken in excess amounts. As previously mentioned, high doses of zinc (in excess of 50 mg/day) stimulate the intestinal synthesis of metallothioneins, proteins that bind heavy metals.

Over-supplementation with zinc stimulates these proteins to bind all available copper in the intestines, making it unavailable for the catalysis of other necessary reactions throughout the body, such as regulating cholesterol and creating red blood cells, among others (read Copper Deficiency May Underlie Osteoporosis, Anemia & Neurodegenerative Disorders from HPC’s Spring 2008 edition).

Be aware that zinc may decrease the effectiveness of antibiotics if taken concurrently. If used for extended periods of time, zinc supplementation has also been found, paradoxically, to suppress appropriate immune function (Chandra RK. JAMA. 1984; 252(11): 1443-6). Supplementation must therefore be undertaken with full awareness of other minerals and interactions.. Calcium (especially in the presence of phytic acid) and iron interfere with zinc absorption.

The need for better, more comprehensive treatments for depression is clear. This disorder is now the leading cause of disability for American adults annually, and is estimated to affect somewhere between 15 and 25% of the population aged 15 to 44. Suicide is now the third leading cause of death in young adults aged 15 to 24. This is greater in number than the combined deaths from cancer, AIDS, birth defects, pneumonia, strokes, influenza and chronic lung diseases. Unproductive or missed work time due to depression is estimated to cost the American economy upwards of $31 billion per year.

Researchers have begun to question both the efficacy and long-term safety of antidepressant drug therapy. According to the New England Journal of Medicine, widespread understanding of the risks and benefits of these drugs have not been fully disclosed by the manufacturers (Turner EH, et al. N Engl J Med. 2008; 358(3): 252-60), and in-depth assessment of clinical trials suggest that antidepressants are often no more effective than placebos, while simultaneously carrying significant and health-compromising side-effects.

As antidepressants also have no therapeutic effect until the illness is developed, a drug-based approach negates the possibility of preventing depression. Contemporary research into nutritional status as a predictor of mental health holds considerable promise for prevention, with several minerals, vitamins, trace minerals and macronutrients currently under investigation. Zinc is one such mineral, and mounting experimental evidence indicates that it plays a central role in many metabolic processes relevant to the prevention and treatment of depression.

Ciel Patenaude is in her final year of a Masters of Arts degree in Integrative Health at the California Institute of  Integral Studies. Her focus is on developing wellness programs and health care that integrates modalities from around the world and throughout medical history, alongside that which is currently used within conventional medical care.