“I’m organizing this thing at the Institute of Noetic Sciences…kind of an informal gathering of kindred spirits who don’t know each other but who are all doing cool stuff in health care, environmental policy and socially-conscious capital. I’m not exactly sure what it’ll be, or what you’ll get out of it. But I have a really strong feeling you guys should be there.”

That was the gist of the phone call I got from Lee Lipsenthal in the middle of Winter 2009.

With the economy tanking, our first Heal Thy Practice conference a few months away, and a very demanding Spring season approaching, there weren’t many people who could get me to consider heading out to Petaluma for what sounded like a high-minded rainbow-chase.

But Dr. Lee Lipsenthal wasn’t “many people.” He was a uniquely gifted guy with a huge heart, a 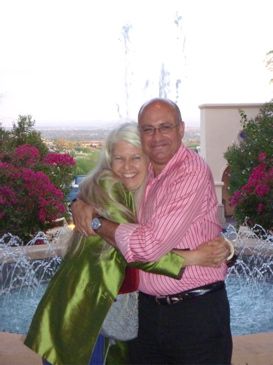 brilliant mind, and a great sense for seeing possibilities long before others did. If Lee was calling to say, “check this out,” it was certainly worth considering. Besides, he was one of Holistic Primary Care’s editorial advisors. What’s the point of having advisors if you don’t take their advice, right?

So, in March of ’09, Meg (Sinclair, HPC’s co-founder, publisher & guiding spirit) and I decided to chance it.

The “Optimal Health Alliance,” as Lee and his friend, social entrepreneur Jeff Klein, had dubbed it, was just what he said it would be—a loose aggregation of very smart people who: A) all knew Lee or Jeff, & B) were all somehow working to create more holistic, humanistic forms of health care. There were clinicians, administrators, business people, technologists, community organizers, academics & activists.

The objective? To envision “optimal” health care, share experiences from our respective fields, and find ways to help each other move our endeavors forward.

The working definition of “Optimal Health” formulated by Lee & Jeff was: “The conscious pursuit of the highest level of functioning and balance of the physical, environmental, mental, emotional, social and spiritual aspects of human experience, resulting in a dynamic state of being fully alive. This creates a condition of wellbeing regardless of the presence or absence of disease. Optimal health celebrates life, rather than fearing death.”

Pay attention to that last sentence.

At the end of the sessions, Lee was almost apologetic. “I hope you got something out of all this,” he said to me as we left IONS. He knew we were struggling to keep HPC alive in a dire economy, and could ill-afford to spend time on rap sessions about “somedays” and “maybes.” On the other hand, I think he also knew that Meg and I were both burnt out and needed the sort of restoration that the hills of Northern California—and the company of kindred souls—can provide.

Seeing Farther Than Most

The dialogs were interesting and the people were wonderful, but I confess I did leave feeling sort of down, with low expectations that our participation would lead to any tangible benefit for HPC.

Wouldn’cha know, about 9 months later, we got a call from none other than Lee’s friend Jeff Klein, whose Cause Alliance Marketing agency had a client—ONE Coconut Water—that was eager to educate doctors about their healthy alternative to soda and sports drinks. The result? A beautiful monograph that was one of the most enjoyable projects we’ve done here at HPC.

You see, Lee saw farther ahead than most other people—not just around corners but up over hills, and under water, too. That’s why, as medical director of Dean Ornish’s Preventive Medicine Research Center, he taught the value of lifestyle change for preventing heart disease years before most people with “MD” after their name had even learned to say, “fish oil.”

It’s why he was among the first wave of doctors to discover HeartMath technology—the brilliant biofeedback system that enables people to attenuate CV risk through entrainment of autonomic balance.

It’s why Lee became a founder and eventual president of the American Board of Integrative Holistic Medicine (ABIHM), the first national organization to develop and systematize a comprehensive curriculum and certification exam for conventionally trained MDs & DOs interested in holistic practice.

It’s also why he was into the Talking Heads long before “Once in a Lifetime” could be heard blasting from car radios and cafes around the world.

The processes by which the realities Lee envisioned came into being had a logic and timeframe all their own. Lee’s sense of timing was broader, deeper, and more far-reaching than most people’s…kinda like God’s.

The Path of Acceptance

Lee Lipsenthal died last week, on September 20, at the age of 54, after a two-year encounter with esophageal carcinoma. I say, “encounter,” not  “struggle,” because Lee made it clear that while he sought treatment—conventional and “alternative”—for the condition, he was not “fighting” cancer.

He loved his life, his wife Kathy, his children Will and Cheryl, his extended family, friends and colleagues deeply & dearly. But he seemed ready to relinquish it all, to “slip into the Masterpiece,” as Leonard Cohen so elegantly puts it. I guess 30+ years of meditation practice—of trying to live as if “today is a good day to die” (the last line in Lee’s “Finding Balance in a Medical Life” book)–really does prepare one for the infinite silence.

We, who remain on this Earthly plane, who are not so adroit at letting go, who may love George Harrison’s album, “All Things Must Pass,” but who haven’t quite swallowed it’s truth….we will miss the man. The permanent silencing of his voice is hard to accept. 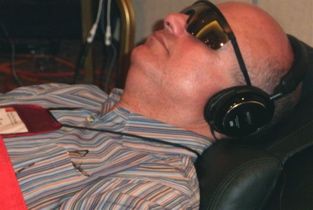 His “Finding Balance in a Medical Life” workshops helped hundreds of doctors regain their humanity, restore their relationships & repair the emotional damage caused by the harshness of medical training, the stresses of clinical practice, and the internal self-destructive patterns that shadow the Type A, perfectionist, people-pleasing tendencies typical of medical folk.

I first met Lee at an American Board of Holistic Medicine course (the “Integrative” hadn’t been inserted yet) back in the Fall of 2002. HPC was new back then (as was the Board). While our enthusiasm burned bright, Meg and I were quite shaken by the experience of Sept. 11 (HPC’s HQ was 7 blocks from the WTC).  Meg, a gifted pianist/ composer, had written a hymn intended for the one-year anniversary of the attacks. Seeing that the conference venue had a piano, she asked if she could offer the piece during the closing ceremony.

“You’ll have to ask Lee Lipsenthal,” came the response. No sooner did Meg turn around to go look for him, when he appeared in the doorway. Synchronicity was common around Lee. He and Meg hit it off immediately; they shared a similar radiance and seemed to understand each other immediately and intrinsically.

Lee became one of HPC’s strongest allies. He saw the value of what we were doing, and contributed in whatever ways he could. He wrote articles chronicling his evolving insights on the soul-sickesses that affect so many doctors. He offered discerning views on health care trends. True to his pioneering spirit, he was on the faculty of our first Heal Thy Practice meeting in Tucson, guiding attendees through a spirited mini version of the “Finding Balance” experience.

That was the last time we saw him in person, just a month before his cancer diagnosis.

As an editor, I can say Lee was the most gracious “editee” I’ve ever worked with. Nobody really likes to have his stuff edited, but when Lee said, “Thank you—you understood what I was trying to get across, but couldn’t find the right words for,” I felt he really meant it.

Lee was extremely generous, as any one who knew him will attest. He always sought ways to help those he considered friends and to further causes he found worthy. He loved to turn others on to bands or books he’d discovered, and he took great joy in connecting people & catalyzing new relationships. He was constantly teaching, sharing, writing, workshopping, organizing, advocating, putting his Type A ambition in the service of a greater good.

I didn’t get to know Lee as well as I would have liked. I respected, admired and loved him—but always at a polite distance. We shared a deep, wide love of music. I knew he played guitar & loved to rock. But for whatever reason, I could never get him to join our sweet, late-night, Cabernet-fueled hotel room jams–the highlight of many an American Holistic Medical Association meeting. Lord, I wish he had! I heard the man speak, but never heard him sing.

Lee would probably have said it was all just as it was meant to be, we shared exactly what we needed to share with each other–nothing more, nothing less. He’s probably right, and I’m grateful for having known him at all. Still, it would’ve been nice to harmonize together on “Wild Horses” or something.

I knew he was ill, and many times thought of calling or writing or something. But I didn’t know what to say, didn’t feel l had anything of value to offer. It’s not like I spoke with him often, and I didn’t want to call just to say “goodbye.” Secretly, I was afraid of a finality, a finiteness, he seemed to be accepting.

Lee chronicled his cancer experiences and the culmination of his life in a book called, “Enjoy Every Sandwich,”  (it’ll be on sale Nov. 8). The title is from rock singer Warren Zevon, who died of mesothelioma several years ago. When asked by David Letterman how the diagnosis had changed his life and work, Zevon replied, “It’s more valuable now. You’re reminded to enjoy every sandwich.”

There are things in this world that are hard to understand, that must simply be accepted. Questions with no answers, like why a man who dedicated his life to preventive medicine develops a rare, aggressive cancer that takes him out at 54?

In a promo video for the new book, recorded just months before he died, Lee seemed beyond the need for answers, reasons, explanations. He seemed to be in a state of full acceptance. I don’t think he was faking it. Paradoxically, he looks quite healthy…healthier than many “healthy” people I know (self included). I guess health & death are not mutually exclusive…not if you’re Lee Lipsenthal anyway.

For decades, Lee tried to teach people how to live with vigor; now he was trying to teach us how to die with grace.

Lee died with dignity encircled by his wife, his children and his parents. He died knowing he’d done good works in this world, that he’d enjoyed its sweetness, confronted its challenges, and earned the love and admiration of many, many people. What greater blessing is there?