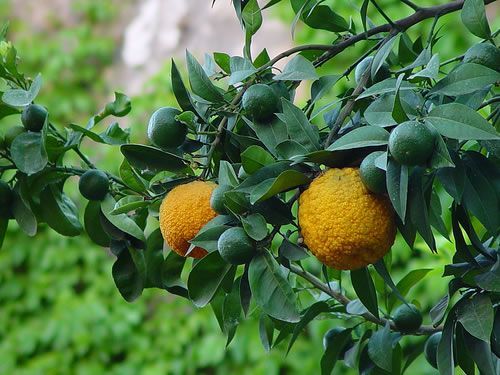 Researchers have identified a unique profile of health-enhancing flavonoids and glycosides in the juice and the tissues of bergamot, which is distinguished from other citrus fruits not only by the unusual composition of its flavonoids, but also their particularly high content. Teams studying these compounds have found that they positively impact blood pressure and blood lipid levels.

Ortho Molecular Brand Manager Jonathan Cannizzo, MSc., pointed to a groundbreaking study comparing the lipid-lowering effects of bergamot BPF to the widely used statin drug, Rosuvastatin. Published in 2013 in the International Journal of Cardiology, the study looked at whether supplementation with bergamot-derived polyphenols would produce a dose-sparing effect in high-risk cardiovascular patients taking statins, while still achieving target lipid values.

When compared to the placebo, both doses of rosuvastatin and BPF reduced total cholesterol, LDL-C, the LDL-C/HDL-C ratio, and urinary mevalonate. There were also reductions in biomarkers of oxidative vascular damage such as malondialdehyde, oxyLDL receptor LOX-1, and phosphoPKB.

In addition to its cholesterol-lowering effects, “bergamot acts as an anti-inflammatory,” Cannizzo explained, providing “general benefits for cardiovascular health and attacking some of the risk-associated biomarkers with cardiovascular challenges or cardiovascular disease.”

Gliozzi’s findings echo a 2011 study, also done at Magna Graecia, looking at the effects of BPF in 237 patients with hyperlipidemia. The investigators wondered whether bergamot extract could function as a natural, side effect-free treatment for high cholesterol. Their results show that, for the right patients, it can do so.

Patients were divided into three groups:

A final “post-statin” group comprised 32 patients who had stopped statin therapy due to muscular pain and a significant elevation of serum creatine phosphokinase. They received 1,500 mg/day of BPF daily, after a washout period of 60 days.

In particular, the 59 metabolic syndrome patients in group C responded well to BPF therapy. Their mean baseline lipid profiles changed markedly: total cholesterol dropped from 278 mg/ml to 199, LDL went from 188 mg/ml to 126; and triglycerides went from 267 mg/ml to 158 mg/ml.

The LDL reductions were accompanied by a dose-dependent elevation in HDL (cHDL) in all patients. In the 10% with the strongest responses to bergamot, HDL jumped a massive 64.6%. Additionally, metabolic syndrome patients showed a highly significant (P<0.0001) drop in blood glucose levels (a mean reduction of −18.9% in those taking 500 mg BPF, and a −22.4% decrease in those on 1,000 mg of bergamot).

More recently, the Magna Graecia group, working collaboratively with researchers at the University of Roma, looked at 107 patients with metabolic syndrome and non-alcoholic fatty liver disease (NAFLD), confirmed by ultrasound. Patients were divided into two groups, one receiving placebo and the second getting BPF, 650 mg, twice a day for 120 consecutive days.

The BPF-treated group showed a significant reduction in fasting plasma glucose, serum LDL, and TGL, accompanied by an increase in HDL. They also showed reductions in ultrasonographic and metabolic biomarkers of NAFLD, and a decrease in small dense LDL particles, as detected via proton NMR Spectroscopy (Gliozzi, M. et al. Adv Biol Chem. 2014; 4(2): 129-137).

With heart disease claiming the lives of more than half a million Americans each year, optimizing cardiovascular wellness is a top priority for many physicians.

“There is going to be a time for pharmaceutical interventions,” Ortho Molecular’s Cannizzo said. “But bergamot provides clinicians with a natural solution to cholesterol support.” Part of what makes the plant so unique, he explained, is the option to use it either in conjunction with statin therapy to keep drug doses as low as possible, or as a stand-alone alternative to statins, for some patients.

Cannizzo says Ortho Molecular is sourcing its bergamot material directly from the Italian group that did the pioneering clinical research, and holds an exclusive contract to sell this specific extract in the practitioner channel.

With few side effects and a wide range of heart health benefits, bergamot deserves a spot in our medicine chests as well as in our tea cabinets.