Adding to a growing list of health benefits of turmeric, a new study show that three major compounds found in the plant may help reduce the risk of cardiovascular disease in patients with type 2 diabetes.

Supplementation with curcuminoids, a group of naturally-occurring substances present in turmeric, reduced lipoprotein(a) [Lp(a)] and increased high-density lipoprotein cholesterol (HDL-C) in a cohort of diabetic patients with dyslipidemia. This could significantly lower the risk of cardiovascular events in this high-risk population, the authors argue in a paper published in the journal Complementary Therapies in Medicine. 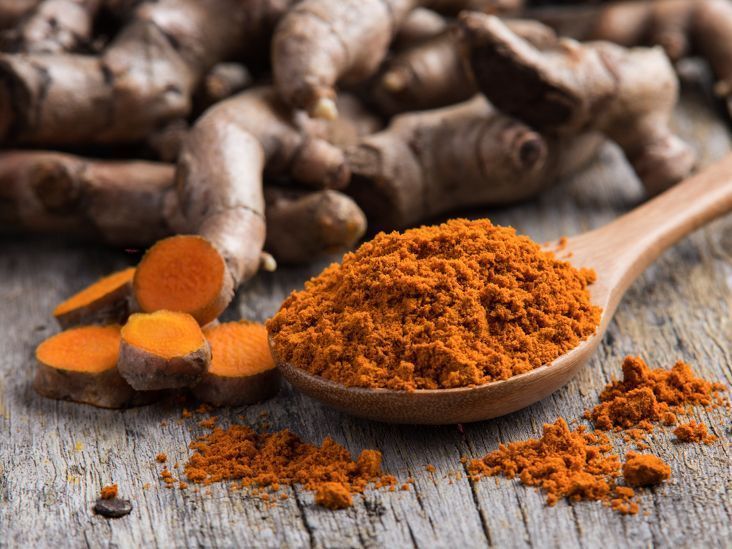 For the 12-week trial period, the subjects were randomly assigned to supplementation with a daily dose of either 1000 mg of curcuminoids (plus 10 mg of piperine as an absorption enhancer) or a placebo. All patients continued on their previous “standard of care” diabetes therapies.

They found that after 3 months of treatment, participants in the curcuminoids group had a significant drop in serum lipoprotein(a), a high risk factor for CHD and stroke. The mean change in the curcumin group was -1.5 points versus a negligible -0.34 in the placebo group.

Panahi and colleagues did not observe any significant changes in serum triglycerides or LDL-C related to curcumin consumption.

The data suggest that high daily intake of curcuminoids can reduce atherogenic lipid indices, including non-HDL-C and Lp(a), thereby contributing to a reduced risk of cardiovascular events in dyslipidemic patients with type 2 diabetes.

This is the first study looking specifically at the effects of curcumin on diabetes-associated dyslipidemia. There are earlier papers suggesting that curcuminoids possess antidiabetic and lipid-modifying qualities, but “their efficacy in improving dyslipidemia in diabetic individuals has not been sufficiently studied,” the Iranian authors assert.

In a review of the trial, functional medicine practitioner Michael Jurgelewicz, DC, pointed out that the findings are noteworthy, “since the ability to influence liporotein(a) is very limited.”

The data suggest that high daily intake of curcuminoids can reduce atherogenic lipid indices, including non-HDL-C and Lp(a), thereby contributing to a reduced risk of cardiovascular events.

“Niacin is one of the only natural agents that can significantly reduce liporotein(a); however, it is not effective for everyone,” he added.

Participants in the Panahi trial did not report any severe side effects during the 12-week period, indicating the safety of the curcuminoids supplement. In contrast, statin drugs, the most widely used conventional dyslipidemia treatment, are associated with numerous uncomfortable and even dangerous adverse effects, ranging from muscle pain and damage to digestive problems, mental fuzziness and, in some cases, liver damage.

This is by no means the first study pointing to curcumin and its derivatives as potentially safe and effective natural solutions for the related problems of diabetes and CVD.

A 2015 study of 60 diabetic patients on metformin showed that adding a turmeric supplement (2 g per day) to the drug regimen could markedly improve fasting glucose levels. In this 4-week trial, researchers found that when compared to those on metformin alone,  the people taking turmeric along with the drug showed significantly decreased fasting glucose (95 ± 11.4 mg/dl, p<0.001) levels, as well as reduced HbA1c levels (7.4 ± 0.9 %, p<0.05).

Curcumin may also protect against heart disease by enhancing endothelial function. Researchers at Texas Christian University reported in 2016 that in healthy adults, eight weeks of  oral curcumin (200 mg) led to a clinically meaningful improvement in endothelial function, as measured by flow-mediated dilation. Since endothelial dysfunction precedes the development of atherosclerosis, improving the health of the cells that line the blood vessels could be an important step in reducing risk. The TCU authors propose that curcumin improves endothelial function by suppressing inflammation and reducing inflammatory signaling (Oliver, J. et al. J Nutr Metab. 2016; 2016. DOI: 10.1155/2016/1089653).

All of this recent research points toward curcuminoids supplementation as, “a simple lifestyle strategy for decreasing the risk of cardiovascular diseases,” say the TCU researchers.

In its 2017 Diabetes Statistics Report, the Centers for Disease Control and Prevention estimated that 30.3 million Americans, or 9.4% of the US population, had diabetes in 2015, a number that only continues to climb today. Analysts predict that the already staggering costs associated with diabetes and cardiovascular conditions will also accelerate. The American Heart Association projected in its 2017 Heart Disease and Stroke Statistics Update, that between the years 2013 and 2030, the medical costs of coronary heart disease will increase by about 100 percent.

In light of these alarming numbers, there is a pressing need for discovery and implementation of safe, effective, low-cost prevention and treatment options. Several studies now suggest that curcumin and its derivatives may be one such option. It is a subject that certainly warrants further study.

For a thorough, patient-friendly overview about the different forms of turmeric, the health benefits of curcumin and other turmeric related compounds, and interesting ways to incorporate turmeric into daily life, check out Turmeric and Curcumin 101, by health and nutrition writer Lisa Williams.