Lower Target for Blood Pressure Reduction May Help Save Lives

Practitioners often advise patients to “know your numbers.” But when it comes to blood pressure, researchers aren’t entirely sure what numbers some patients should be aiming for.

Adding yet another perspective to the equation, initial evidence from an ongoing study funded by the National Institutes of Health (NIH) suggests that maintaining blood pressure at a level far below current recommendations may offer significant, and even life-saving, benefits.

At the time of the study’s design, the established clinical guidelines recommended a target systolic blood pressure of less than 140 mm Hg for healthy adults, and 130 mm Hg in patients with kidney disease or diabetes. The American Heart Association recommends initiating treatment, “starting with lifestyle changes and then medication if necessary,” when pressure reaches 140/90 until age 80, then at 150/90.

NIH investigators wondered if achieving an even lower systolic pressure of less than 120 mm Hg could help reduce complications associated with heart and kidney disease, stroke, and age-related declines in memory and thinking in older adults.

The NIH study, called the Systolic Blood Pressure Intervention Trial (SPRINT), began in the fall of 2009. Its more than 9,300 participants, recruited from medical centers and clinical practices throughout the US and Puerto Rico, included patients aged 50 years and older with hypertension. 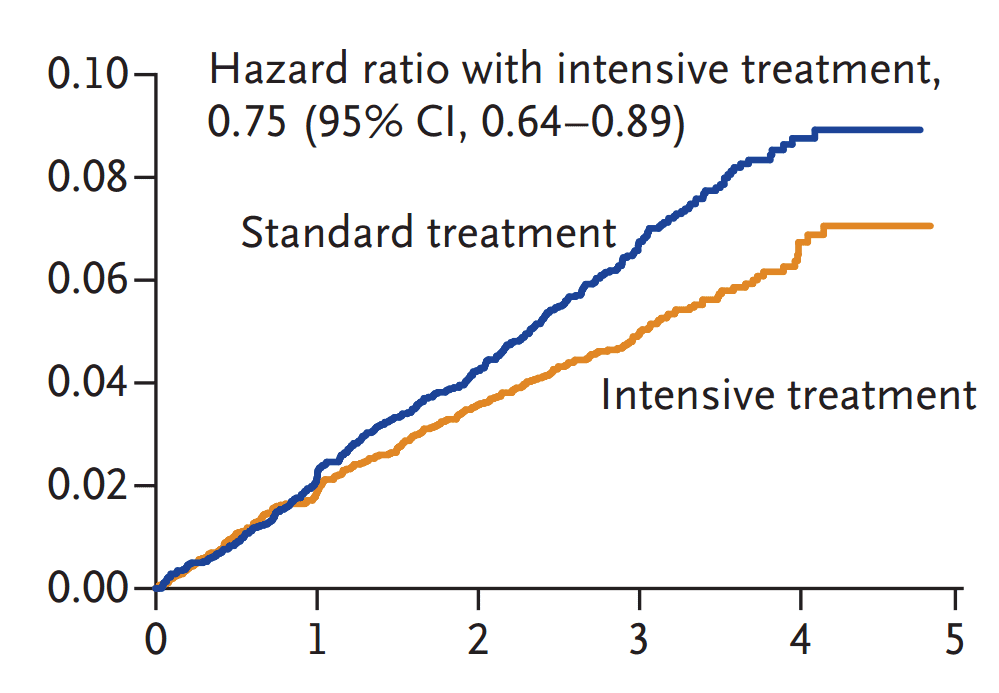 While the study’s findings were initially expected in 2017, NIH “stopped the blood pressure intervention earlier than originally planned in order to quickly disseminate the significant preliminary results,” as noted in a press release in late 2015. The primary findings of the trial are expected to be published soon.

SPRINT is still underway, continuing to examine kidney disease, cognitive function, and dementia among study participants. But the researchers have already concluded that carefully adjusting patients’ amount or type of blood pressure medication to maintain the lower 120 mm Hg value could ultimately help save the lives of hypertensive older adults with at least one additional risk factor for heart disease.

Decades of clinical research and practice have shown that blood pressure-lowering medications can prevent heart attacks, strokes, and deaths in at-risk patients, but they are associated with a number of serious risks and side effects.

While the early evidence suggesting reduced CVD events and lower mortality rates were certainly impressive, not everyone within the scientific community are convinced that it was a good idea to stop the main SPRINT study two years ahead of schedule.

Hilda Bastian, an academic editor at the open access scientific journal PLOS One, notes in her blog that, “even if the trial is ideal in every other respect, stopping early throws at least a small spanner in the works.” Bastian notes that theoretical consideration, simulations, and empirical evidence all suggest that “trials stopped early for benefit overestimate treatment effects.” While this over-estimation tends to be more of a problem in smaller trials with enrollments of 500 subjects or less, it cannot be ruled out even in a larger trial like SPRINT.

Bastian also challenges the real-world practicality of trying to reach and maintain the blood pressure targets defined by the SPRINT data. “Keeping your blood pressure driven down very low, consistently, for decades is a mindbogglingly daunting prospect.” She added that risks of going too low might be a little different outside the context of a very tightly controlled and monitored clinical study.

A Role for Natural Therapies

In part due to the risks associated with long-term intensive antihypertensive drug treatment, researchers have questioned whether a lower blood pressure reached via medication is truly equivalent to a naturally-occurring lower value. Two patients with the same reading may have very different prognoses based on their additional individual risk factors, further complicating the picture of optimal blood pressure control. 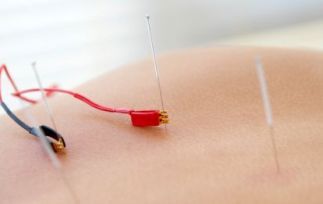 and whole grains, limiting salt and caffeine intake, and losing weight if necessary are all key strategies in treating hypertension.

Many natural therapies offer significant heart health benefits as well. Mind-body practices such as meditation, yoga, and deep breathing aid the process of reducing blood pressure. Some supplements may also help. There is evidence that coenzyme Q10, an antioxidant naturally produced by the body, could play a role in bringing blood pressure down (Yamagishi, et al. Atherosclerosis. 2014; 237(2): 400-403).