The fruits and seeds of the European Ash tree, long used in traditional botanical medicine for their digestive, urinary and hepatic benefits, could be a valuable new herbal ally in the effort to stem the tide of diabetes.

Investigators at the Department of Nutrition, Food Science & Physiology, at the University of Navarra, Pamplona, Spain, enrolled 22 non-diabetic people ranging in age from 50 to 80 years, and with initial BMIs greater than 25, in a crossover, randomized, double blind study comparing Fraxinus extract against placebo. They reported data from 17 subjects who completed the 7-week trial. 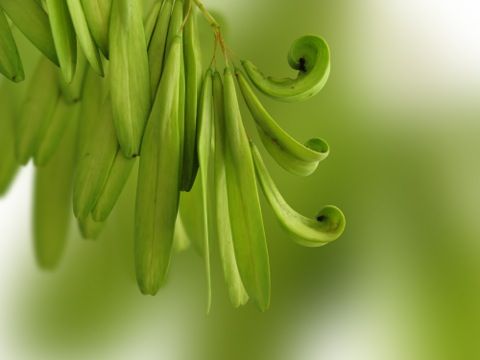 All subjects followed a balanced, but energy-restricted diet for 7 weeks, and took either 1 gram daily of the Fraxinus extract or placebo capsules of similar size and appearance for three weeks. After a 1-week washout, the participants were crossed over to the other treatment arm of the study.

The extract used in this trial is known commercially as Glucevia, produced by Naturex, a French company specializing in highly-bioactive botanical extracts. Glucevia is the only available extract of Fraxinus fruits and seeds (known as “keys”) that is standardized to 10% Nuzhenide and GI3, two compounds that were shown in preclinical animal studies to increase the rate of glucose absorption in liver and muscle.

Daily supplementation with Glucevia resulted in consistently and significantly lower incremental glucose areas-under-curve (AUC) values following oral glucose tolerance tests. These changes were on the order of 28%. In contrast, the placebo produced only non-significant glucose reductions of 8%.

The investigators also saw a significant change in fructosamine when patients were taking the Ash extract. While on placebo, fructosamine levels tended to increase (-4.13 umol/L vs +7.5 umol/L). There were no significant changes in body weight or lean muscle mass associated with the Fraxinus supplement. However, there was a small reduction in total body fat (-1.26% vs. 0.19%).

This new study follows an earlier trial at St. Michael’s Hospital, University of Toronto, looking at the short-term glycemic effect of Fraxinus extract in 16 healthy volunteers.

Immediately following fasting blood glucose measurement, the subjects were given either 1 g of the extract or a placebo (wheat bran). This was immediately followed by a 50 g dose of glucose. The investigators measured plasma glucose and insulin every 15 minutes.

The Fraxinus extract produced an almost immediate effect, reducing glucose AUC by almost 9% compared to placebo. Differences were apparent within 15 minutes, and peaked at about 50 minutes.

Pradeep Visen, PhD, the lead investigator on this study, writes that, “the extract lowered the incremental postprandial plasma glucose concentration as compared to placebo at 45 min (P = 0.06) and 120 min (P = 0.07). It statistically (P = 0.02) reduced the glycemic area under the blood glucose curve. However, the insulinemic area under the blood insulin curve was not different than the placebo.” (Visen P, et al. J Ethnopharmacol. 2009; 126(2): 226-32).

Based on these early stage studies, Glucevia appears to be extremely safe. There were no adverse events associated with the supplement. In an earlier dosing study sponsored by Naturex, 50 healthy people were given 1,000 mg Glucevia per day for 90 days. There were no adverse effects or detrimental impacts on six clinical and 12 hematological parameters.

“What is the mechanism of action? We are not exactly sure, but there appears to be a virtuous circle of effects,” notes Antoine Bily, PhD, director of global research and development for Naturex.

“It reduces postprandial blood glucose, improves liver metabolism reduces fatty liver, increases insulin sensitivity in liver and muscles, and with no further insulin resistance,” he said at a press conference announcing the introduction of Glucevia as a supplement ingredient in the US market.

Dr. Bily added that Glucevia is able to increase hepatic and muscle uptake of simple and complex sugars alike.

Naturex researchers developed the extract based on traditional medicinal use of Eurpoean Ash fruits and leaves by cultures throughout the Mediterranean region, especially in North Africa. The tree, also called the Common Ash, is indigenous to Europe and the Near East, and can be found throughout Europe. It has been cultivated in North America for centuries.

In another not yet published animal study, Glucevia produced a striking 82% reduction in fatty liver in obese mice.

More clinical work is needed to confirm the effects observed in the early trials, but the available data are certainly promising.

The introduction of a safe, plant-based ingredient that can help control blood glucose is certainly worthy of attention given that according to the NIH’s National Diabetes Education Program, nearly 26 million Americans have diabetes, and another 79 million are considered “pre-diabetic.”

In the face of statistics like that, it is clear that we need all the help we can get.