Lavender, an herb beloved for it’s pleasing fragrance, is also proving to be an effective remedy for both anxiety and depression. Taken orally, lavender extract can be as effective as low-dose benzodiazepines for attenuating anxiety.

In a recent multi-center Phase III study, researchers compared a standardized lavender oil (Silexan, WS®1265), taken orally, against low-dose lorazepam in patients with Generalized Anxiety Disorder (GAD). A total of 77 subjects (59 women, 18 men), 18–65 years of age, were randomized to one of the two treatments.

All participants had a Hamilton Anxiety (HAMA) total score of greater than 18, and scores equal to or greater than 2 on both anxious mood and tension items. The HAMA-total score was measured again after 6 weeks of treatment. Additional data were collected using the Self-rating Anxiety Scale, Penn State Worry Questionnaire, SF 36 Health survey and segments of the Clinical Global Impressions assessment.

Subjects in the lavender group took 80 mg per day of the standardized extract in capsules; those in the lorazepam group took 0.5 mg, also in capsule form.

Subjects had to show a HAMA score reduction of at least 50% to be considered “responders.” Remission was defined as a HAMA-total score of less than ten points at the end of the 6 weeks.

The lavender oil, a steam distillate of Lavandula angustifolia, decreased mean HAMA-total scores by 45%, versus 46% in the lorazepam group. At the conclusion of the trial, 40% of the lavender group and 27% of the lorazepam group met criteria for remission; the lavender group had a response rate of 52.5% compared to 40.5% of those on the drug (Woelk H, Schlafke S. Phytomedicine Int J Phytotherapy Phytopharmacol. 2010; 17:2: 94-99). Adverse effects associated with lavender were few and included nausea (5.2%), belching (3.9%) and dyspepsia (2.6%).

Lavender has been used, both internally and by olfaction, for centuries as a treatment for anxiety and depression, as well as for mood imbalances such as anxiety, insomnia, and gastrointestinal distress (Greive M. A Modern Herbal. New York, Harcourt, Brace & Co.,1931). Lavender has also been valued for its antibacterial, antifungal, and carminative effects.

Native to the Mediterranean, the Arabian Peninsula, Russia and Africa, Lavandula angustifolia is the most common species of lavender used for health purposes. It has a high concentration of volatile oils, which impart its distinctive pleasing fragrance. Modern analytical methods show more than 160 constituents, many of which interact synergistically to contribute to lavender’s healing effects (Cavanagh HMA, Wilkinson JM. Phytother Res 2002;16;301–8).

The main bioactive constituents of lavender oil are linalool, linalyl acetate, terpinen-4-ol and camphor, though there are many others. Relative amounts of constituents can vary significantly among preparations. The European Pharmacopoeia defines ranges for the predominant components. Oils with high concentrations of esters and low concentrations of cineol and other minor components are considered to be of higher quality.

Much prior research on lavender has focused on olfaction. The anxiolytic activity of lavender 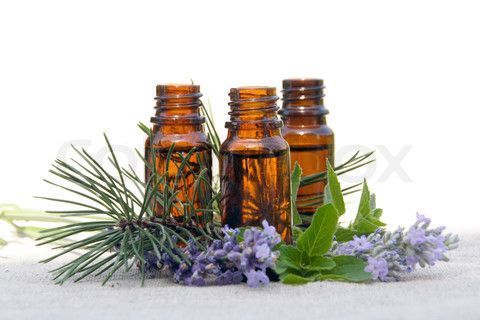 aromatherapy has been shown in several small and medium-sized trials:

Prior to the new study comparing lavender to lorazepam, earlier studies also showed that oral ingestion of lavender could reduce anxiety and depression.

After baseline assessments, participants were randomized to either lavender or placebo capsules. They then viewed a neutral film clip, an anxiety-provoking clip and a light-hearted clip. Lavender at 200 mL produced a trend toward reduced anxiety, GSR and HR, and increased HRV during the neutral film clip. In the anxiety-eliciting film, lavender was mildly beneficial in females, but only on HRV. In males sympathetic arousal increased during the anxiety film. HRV increased during all three film clips in females taking 200 mL, suggesting decreased anxiety (Bradley BF, et al. Hum Psychopharmacol. 2009 Jun;24(4):319-30).

The authors concluded that lavender has anxiolytic effects under conditions of low anxiety, but they were unable to draw conclusions about clinical anxiety disorders. 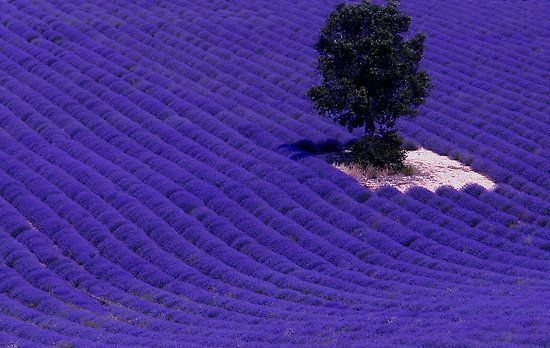 Lavender had a positive influence on quality and duration of sleep, and general mental and physical health, without causing any unwanted sedative or other drug-like effects. The authors concluded that the lavender oil could emerge as “a gentle therapeutic alternative in the treatment of anxiety.”

In a 4-week study, researchers compared a tincture of L. angustifolia with imipramine in the treatment of mild to moderate depression. Participants were 45 adult outpatients who met the DSM-IV criteria for major depression, and had baseline Hamilton Rating Scale for Depression (HAMD) score of at least 18.

Lavender tincture at this concentration proved to be less effective than imipramine (P = 0.001), but the combination of imipramine and lavender was more effective than imipramine alone (P < 0.0001). Imipramine-treated patients did experience more anticholinergic effects such as dry mouth and urinary retention; headache was more common in the lavender group. The authors concluded that lavender tincture might be beneficial, but only as adjuvant therapy (Azkhondzadeh S, et al. Prog Neuropsychopharmacol Biol Psychiatry. 2003; 27(1):123–7).

Lavender is certainly not the only herb with a long history of use in reducing anxiety and depression (or, to use the structure/function language required in the labeling of dietary supplements, “for maintaining a healthy, adaptive response to stress, promoting restful sleep, and supporting positive mood.”).

Kava (Piper methysticum) has shown efficacy for treatment of anxiety disorders in several studies. St. John’s Wort (Hypericum perforatum) is found to be efficacious for depression in most, though not all clinical studies. Kava, however, has been withdrawn by many manufacturers due to concerns over potential hepatotoxicity, though these effects may have been primarily due to drug interactions, misuse, and poor quality extracts.

St. John’s Wort’s popularity has suffered because it was found to stimulate cytochrome P450 3A4, an enzyme that metabolizes many pharmaceuticals.

Pharmaceutical anxiolytics (primarily benzodiazepines) typically produce HAMA reductions in the range of 11 to 15.3. The WS® 1265 preparation of lavender appears to give comparable or superior efficacy without the attendant side effects (Woelk H, Schlaefke S. Phytomedicine. 2010;17: 94–9).

In a meta-analysis of 21 double blind, placebo-controlled trials in patients with generalized anxiety, Hidalgo determined average effect sizes on HAMA total score of: 0.50 for pregabalin; 0.45 for hydroxyzine; 0.42 for venlafaxine XR; 0.38 for benzodiazepines; 0.35 for selective serotonin reuptake inhibitors (SSRIs); and 0.17 for buspirone. The effect size of lavender (WS® 1265) was computed to be 0.75 (Hidalgo RB, et al. J Psychopharmacol 2007;21: 864–72).

The effects of lavender extract (WS® 1265) and other anxiolytic agents on HAMA scores are compared in Table 1. They are expressed as a mean HAMA score change. Based on available data, it appears that therapy with certain lavender extracts is comparable or superior to many commonly prescribed anxiolytics, including benzodiazepines, SSRIs, and Kava.

The adverse event profile for lavender is the least severe of the available anxiety and depression treatment options by a wide margin. Unlike benzodiazepines, lavender does not appear to induce psychological or chemical dependence.

The German Commission E Monographs list no contraindications, side effects, or drug interactions for lavender flower. Internal use of lavender oil has been reported to cause nausea and drowsiness after excessive intake, but this is clearly dose- and/or quality-dependent. In the largest and longest controlled trial (Kaspar et al, 2010), nausea was more common with placebo than with lavender.

The authors performed in vitro tests that suggested the oils had weak estrogenic and anti-androgenic activity that may have contributed to an imbalance in hormone signaling. However, they did not provide specific product names, so the assessments could not be validated. No estrogenic side effects have been observed in any of the clinical studies of lavender.

The effective dose of lavender oil is suggested to be 20–80 mg per day. The two best-designed clinical studies with the most robust combination of efficacy and tolerability used 80 mg per day of a well-defined lavender oil, and there were no serious adverse effects observed in either trial.

Jeremy Appleton, ND is a licensed naturopathic physician with an extensive background in natural medicine and education. He graduated from National College of Natural Medicine (NCNM), and did his residency at Bastyr University, where he was also on faculty. He served as chairman of the nutrition department chair at NCNM for 5 years. He has lectured extensively around the world on topics in nutrition, botanical medicine and dietary supplement quality issues. He is currently Director of Scientific Affairs at Integrative Therapeutics.