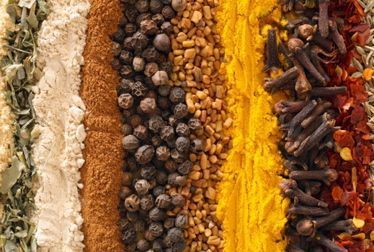 What if there were an outbreak of a largely preventable syndrome that caused more than 20,000 deaths and 100,000 hospitalizations every year; a scourge that indiscriminately struck people of any age, from teens to elders, often without warning symptoms?

As a doctor, you would expect to hear about it. Moreover, you’d expect that health care professionals would be doing everything possible to contain it.

But what if you learned that your medical colleagues were unwittingly facilitating spread of this disorder, that perhaps you yourself had unknowingly exposed patients to the pathogen, or turned a blind eye as they put themselves at risk?

There is such a disease. It’s called overuse of non-steroidal anti-inflammatory drugs (NSAIDs). In light of statistics, it should be considered a public health crisis.

“Every year, 6 times as many people die of NSAID-related GI bleeds than died on September 11, yet this gets very little media attention,” says Sunil Pai, MD, director of Sanjevani Integrative Medicine , a holistic healthcare center in Albuquerque. “Since the mid-80s, more than 300,000 Americans have died of NSAID complications, and 1.7 million were hospitalized.”

Dr. Pai, who is working on a book called, Inflammation Nation, has made it his mission to raise awareness about this issue, and to provide patients with healthier, less-dangerous approaches for managing the chronic inflammation.

Those numbers may sound like exaggerations, but consider that big box retailers sell NSAIDs to the public in thousand-dose quantities. Though they’re marketed predominantly for joint pain, in reality, people take them for every imaginable pain or ache, even for emotional stress.

“We have moved these meds to the OTC side, so now there’s no guidance or accountability

whatsoever on how they are marketed or how they’re taken,” said Dr. Pai. “Most people—doctors and consumers alike—assume that if something is sold OTC it must be safe…or it wouldn’t be over the counter. Yet every day, in community hospitals, people are dying of fatal GI bleeds caused by NSAIDs.”

GI ulcers and perforations are the most common, dramatic, and arguably most tragic of NSAID side effects, because they can occur in anyone, often without warning. “An 18-year-old girl taking Ibuprofen for menstrual cramps can develop a bleed just as easily—and as suddenly—as a 75-year-old taking it for arthritis.

But GI side effects are only part of the picture. Constant NSAID use also increases cardiovascular risk, particularly for thrombotic events. Risk rises with duration of use, and can be problematic in people with existing CVD. NSAIDs are contraindicated after bypass surgery, though many people do not know this.

Likewise, many men are unaware that long-term ibuprofen use can cause erectile dysfunction. The irony, says Dr. Pai, is that doctors treat ED with prescriptions that can cost as much as $10-15 per pill. In some cases, the root of the problem is overuse of drugs that are dirt-cheap.

There are now “Black Box” warnings on Ibuprofen and Naproxen products. “They call it a “Black Box” warning for a reason,” Dr. Pai joked. “Use these products and that’s where you can quickly end up—in a black box!” The government only requires Black Box warnings when potentially life-threatening adverse effects become common.

If one decides to take a drug with a Black Box warning, one is legally accepting the risks described in the Black Box. If something goes wrong, there’s no legal recourse. “As soon as you tear the package or open the bottle, you’ve essentially signed and accepted the terms and conditions.”

Dr. Pai pointed out that these are conservative estimates, and do not include complications from non-prescription NSAIDs, or misuse of prescribed drugs.

NSAID complications have cost the country upwards of $38 billion since the mid 1980s, when NSAID use began to soar. “We’re giving a lot of people very “cheap” drugs, that in the long term cause all sorts of expensive problems.”

In truth, NSAIDs are not even good medicine for many of the conditions for which they’re taken. Constant use actually worsens some of the problems that people hope to ameliorate by taking these drugs.

Dr. Pai added that some people take NSAIDS to treat hangovers, a very bad idea because alcohol itself can induce GI mucosal damage. Adding an NSAID to “cure” the effects of over-indulgence will only compound the damage.

Some of the research highlighting NSAID complications was done by orthopedists in the 1960s, but it was categorically ignored. Likewise, international arthritis and rheumatoid disease organizations have issued position statements against indiscriminate NSAID use, but these too have gone largely unheeded.

“Doctors really aren’t telling people the straight story. We need to explain the realities to our patients,” said Dr. Pai, though he admitted this is a tall order. The din of advertising often drowns out the warnings.

Through the 1980s, most ads for branded NSAIDs, portrayed people in their 60s and 70s–elders playing golf or having fun with their grandkids. Gradually the people in the commercials got younger. Today, ads target college students, with the message of “All day long, all day strong!”

“They’re now marketing this stuff to kids! We have to ask ourselves why do young people have chronic inflammation?” said Dr. Pai. “What is causing all these ‘itises?'”

Inflammation is not new; it’s as old as humanity itself. What is new is dying from GI bleeds or other adverse effects from drugs taken to relieve inflammation. Several years ago, that insight led Dr. Pai on a journey to find better ways of managing inflammation.

Diet should be the first place to look when working with NSAID-popping patients. Many Americans are eating in a way that’s guaranteed to promote inflammation: lots of red meats, dairy products and refined carbohydrates with very few fruits and vegetables. That means massive amounts of pro-inflammatory omega-6 fatty acids, and little anti-inflammatory omega-3.

High omega-6 levels drive over-production of arachidonic acid, the precursor to inflammatory prostaglandins and leukotrienes. In many Americans, the dietary omega-6 to omega-3 ratio is as high as 30:1. A healthy ratio is 2:1.

The first step in helping patients off the NSAID-go-round is to get them to eat more produce and less animal proteins, and to up their intake of omega-3s, preferably from high-quality fish oil (from wild-caught fish, validated for purity, free of fillers, not enterically coated). He recommends a daily dose of 750-1500 mg EPA, and 500-800 mg DHA.

A desire to find safer alternatives led Dr. Pai to Ayurveda, India’s traditional healing sciences. “In the Ayurvedic system, inflammation is considered to be a reflection of imbalances in Pitta, the fiery element. So I started looking at what traditional Indian doctors were using to treat Pitta conditions. Consistently, it was four things: Curcumin (also known as turmeric), Boswellia (aka Frankincense), Ginger and Black Pepper.

There is strong biochemical and clinical evidence to support use of all four of these herbs in the care of people with inflammatory conditions.

Curcumin (Curcuma longa): A tangy, golden spice used widely throughout Asia, Curcumin is one of the most well-researched botanicals, with over 5,000 published papers. Compounds within the rhizome modulate 97 distinct inflammatory mechanisms and pathways, including: NF-kappa-B, COX-2, 5-LOX, IL-12, TNF-alpha, IFN-gamma, matrix metalloproteinase, and several types of protein kinases. 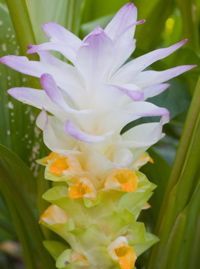 In combination with Glycyrrhiza (licorice) and Boswellia (frankincense), a standardized extract called Curcumin C3 complex (Sabinsa) was effective in controlling asthma as well as in reducing leukotrienes and other inflammatory markers in asthma patients (Houssen ME, Clin Biochem. 2010 Apr 26).

The C3 complex, which delivers consistent levels of curcuminoids in the most bioavailable form, has been the subject of 25 clinical trials, alone and in combination with other botanicals. In addition to the expected benefits in arthritis and other inflammatory conditions, it is also proving beneficial in treatment of colon and pancreatic cancer, cervical neoplasia, and Barrett’s metaplasia (Bar-Sela G, Curr Med Chem. 2010;17(3):190-7).

All groups showed significant reductions in pain, swelling and tenderness. Curcumin alone gave the biggest reductions, though the difference was not statistically significant. The data were published in Phytotherapy Research.

There were no dropouts in the Curcumin group and no serious side effects, while14% of Diclofenac patients withdrew due to adverse effects. “Since RA can strike at a much younger age than other types of arthritis, we need healthy ways to treat these people,” said Dr. Ajay Goel, one of the authors.

Dr. Pai noted that most clinical trials showing positive anti-inflammatory effects have used 1-3 grams of curcumin in divided doses. So far, there have been no serious GI, renal or hepatic side effects associated with Curcumin in any of the published studies, even at higher dose levels.

Boswellia (Boswellia Serrata): This is also a well-studied herb, with over 230 studies many of which were published in the last 5 years. It has well-documented anti-inflammatory, anti-arthritic, and anti-diabetic, analgesic and lipid-regulatory effects. Boswellic acids found in the resin of this tree have unique activities in inhibiting 5-LOX and human leukocyte elastase (HLE). Boswellic acids can also inhibit NF-kappa-B, TNF-alpha, and a host of inflammatory cytokines. 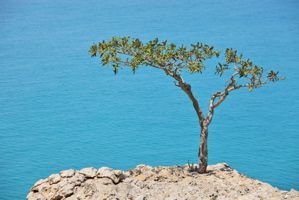 in treatment of 60 people with recalcitrant osteoarthritis of the knee. The Boswellia extract, at a dose of 100 mg per day, gave significant improvements on pain and physical function scores, the benefit becoming apparent within 5 days (Vishal AA, et al. Int J Med Sci. 2011;8(7):615-22).

Ginger (Zingiber officinale): A popular culinary seasoning in many parts of the world, ginger has also been used in Indian and Chinese medicine for over 4,000 years. In addition to inhibiting COX-2, 5-LOX, and NF-kappa-B, it also affects glucose and lipid metabolic pathways. Clinically, it attenuates hyperglycemia, and modulates lipid profiles, making it a helpful herb for people with diabetes and metabolic syndrome, said Dr. Pai.

Black Pepper (Piperine): Though it has inflammation-mediating properties of it’s own (it reduces COX-2), extracts of black pepper are used in traditional Ayurvedic formulations primarily to improve the absorption of Curcumin, Boswellia and other inflammation-regulating herbs. Dr. Pai said these formulations usually include 5 mg of black pepper per 250-300 mg curcumin.

In an effort to provide his patients with safer alternatives to NSAIDs, Dr. Pai began formulating a botanical combination based on traditional formulas but utilizing Sabinsa’s standardized ingredients, Curcumin C3 Complex, Boswellin PS, BioPerine, and Ginger, which he believes to be the most well-researched and validated extracts on the market.

After several years of experimentation, he recently introduced the product to the broader clinical community as Bosmeric SR. “What took a long time—3 years to be exact—was the development of a sustained release formulation that would down-regulate inflammation for long periods. We ended up having to formulate a bi-layered tablet. It wouldn’t work to encapsulate all these ingredients together. The enzymes from one herb can degrade active compounds in another.”

Bosmeric-SR was tested in a not yet published preliminary study of 30 patients, aged 40-65, with knee osteoarthritis. They took the Bosmeric formula, 2 tablets twice daily, for 56 days. WOMAC scores began to decrease after the 3rd day, with pain scores dropping from a baseline mean of 11 to 8 at the conclusion. Stiffness scores decreased from 5 to 3, and disability scores dropped from 48 to 31. Distance walked in 6 minutes increased from a mean 270 meters at baseline to 360 meters at the close.

Underscoring the anti-inflammatory effect was a marked reduction of high-senstivity C-reactive protein (CRP) from 1.5 at baseline to 0.8.
Though some patients begin to experience pain relief within a few hours of taking Bosmeric-SR, Dr. Pai stressed that it is not a magic bullet. It is, however, a very safe option for down-regulating inflammation over time.

“We’ve used this combo formula in over 3,500 patients, and so far we’ve only seen 4 IgE reactions to the ginger, and 1 IgE reaction to the black pepper.

He emphasized that people could get some of the benefits of a formula like Bosmeric-SR by ramping up their dietary intake of curry. But unless one is planning to eat huge amounts of turmeric and ginger with nearly every meal, it would be difficult to quell a chronic inflammatory condition. “We take things another step, beyond what you could obtain with diet alone. But we’re not hiding behind the “proprietary blend” appellation. We really want people and their physicians to know what they’re taking.”