When physicians use the phrase “lymph node,” it’s more often than not followed by the word “excision” or “biopsy.” 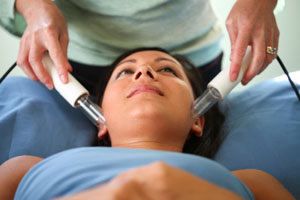 Indeed, if doctors talk about the lymphatic system at all, it is usually in the context of a cancer diagnosis in which lymph nodes are viewed as harbors for potentially lethal metastases. Or perhaps it is in relation to lymphadenopathy, signaling a potentially serious disorder.

Rarely is lymphatic health a consideration.

Yet lymphatic circulation — the “other circulatory system” — plays a vital role in maintaining homeostasis. It is intimately connected with every other organ system. It’s a key factor in maintaining fluid balance, and serves as a major pathway for eliminating toxins. At the same time, because it is a primary reservoir of white blood cells, it is an essential part of the immune system.

Perhaps it’s because the lymphatic system is diffuse and has no central organ—no brain or stomach or heart—that it is so often overlooked. Or maybe it’s because it does most of its work quietly, when a person is in a parasympathetic state. Whatever the reason, it seems that lymphatic health is low in the order of medical priorities.

For a small but growing number of clinicians, however, that’s begun to change. For them, a new therapeutic device known as LET (Lymphatic Enhancement Technology) is putting the lymphatic system squarely in the center of the health and wellness equation.

The system, developed and marketed by a Colorado-based company called ArcStar Med (www.ArcStarMed.com), generates electrostatic fields that pulsate at microampere levels at frequencies of less than 1,000 Hz. LET is based on more than 20 years of research, much of it done by Thomas E. Croley, PhD, emeritus professor of physical therapy at Texas Women’s University, who described the ways in which electrostatic energy fields can increase contractile forces within lymphatic vessels, resulting in greater fluid movement.

The electrostatic currents generated by the heads of this device stimulate the autonomic nerves that regulate constriction and expansion of the vasculature, explains Dr. Croley, on ArcStar’s website.

“This stimulation causes contraction of blood vessels. The contraction squeezes the plasma fluid existing within the blood out of the vessel. Next, the plasma fluid is taken up by the parallel lymph vessels. Due to the lack of muscular layer within the wall of the lymph vessels, the lymph fluid must then be stimulated in a linear fashion toward each set of lymph nodes along the afferent lymph flow in order to encourage the movement of lymph through the system,” said Dr. Croley, who is a scientific advisor to ArcStar.

Preliminary clinical studies and practitioner experience indicate that when used as an adjunct to manual lymphatic massage, LET markedly increases lymphatic motility. In practical terms, it provides relief for a wide range of conditions associated with lymphatic congestion. It is also an excellent adjunct to detoxification protocols, stress and chronic pain management, pre- and post-operative care, and treatment of athletic injuries.

“Other than through the lymph system, breast tissue does not have a lot of ways to move fluid and toxins out,” says Nita Desai, MD, founder and director of East West Integrative Medicine, a holistic practice in Louisville, CO. Dr. Desai learned about LET at a conference last year and recently introduced the treatment into her practice.

“The two things that help lymph flow are deep breathing and exercise—which a lot of women don’t do. Then, they put on underwire bras, which create more constriction and further stasis.”

This may not seem medically significant. But consider that extracellular fluid in the breasts contains high hormone concentrations—and exogenous toxins.

“Breast tissue is like a sponge, holding all that fluid with all the hormones and toxins that are in the water. So if there’s no movement of fluid, the tissue gets exposed to higher levels for much longer periods,” Dr. Desai told Holistic Primary Care. Given what is known about the negative influence of estrogens and environmental toxins on breast cancer risk, this is an issue worthy of serious consideration.

“I was interested to find ways to move fluid through the breast tissue, thinking it could help in preventing cancer. If you move the fluid out, you also move the hormones out.”

Dr. Desai said LET is effective in helping women recover from mastectomies. “Post-op lymphedema of the hands is a very common and annoying side effect. One hand becomes much larger and puffier than the other. It can be very uncomfortable, and can definitely interfere with daily living. LET can completely prevent that.”

In the months since she introduced LET, she’s also seen good outcomes in women with painful, fibrocystic breasts. “They feel so much better after treatment, and the breasts are softer, smaller, less cystic.”

A typical LET session lasts for 45 minutes, with the patient lying supine. A clinician—it need not be an MD—specially trained in the technique massages areas of lymph congestion using the hand-held glass tubes that are connected via wires to the pulse wave generator. ArcStar provides free intensive in-office training for two practitioners as part of the set-up process.

“It is very individualized as far as how many sessions people need,” says Dr. Desai, who has her nurse give the LET treatments. “We generally do weekly treatments, sometimes twice weekly if someone has very bad congestion. Once you start moving lymph you can start to assess overall congestion and get a good idea of how many treatments someone will need.”

Patients generally experience the sessions as extremely relaxing. Many fall asleep. Most find it very pleasant. “It feels like a massage, basically a gentle brushing and stroking of the skin, with a little bit of vibration, too.”

Dr. Desai’s is a cash practice, and her patients pay for LET out of pocket. “We charge $80 for a one-hour session. We could perhaps charge more, but we really want patients to have access to this.”

Under most insurance plans, lymphatic massage is a billable service for treatment of lymphadenopathy. Dr. Desai said she’s happy to provide patients with superbills.

In addition to women with breast health concerns, she has found LET to be a valuable adjunct for patients with digestive system problems.

“The digestive system, especially the colon and small intestine also have a lot of lymph nodes. So it works really well for those who feel bloated all the time. It helps with digestion, and with movement of the colon.” She’s used LET to good effect in people with constipation, Irritable Bowel Syndrome and Crohn’s disease.

Warren Ross, MD, an internist with a hybrid functional medicine practice in Ellicott City, MD, told Holistic Primary Care that LET has become “a really important part of my practice.”

“It is beneficial for a variety of problems. It’s a tonic therapy in general, so if someone’s stressed out, it’s a way to help her feel better. There’s a vitality aspect to this treatment. But it also helps reduce tissue congestion in lower extremities and joints, helps relieve bloating in the abdomen, and also upper respiratory congestion.”

Dr. Ross’ Crossroads Medical Associates is a busy primary care practice with an integrative inclination. He works with 8 other physicians, and 3 non-MDs. “We are all interested in integrative medicine, but we practice conventional medicine at the same time, and we do take insurance.”

Crossroads now has 4 ArcStar LET units, with a physical therapist, an aesthetician and a medical assistant providing treatments.

“It’s great as part of general detox programs. It’s a regulator of the autonomic nervous system, so sympathetic-dominant people really benefit. It helps people feel cleaner, better, and less stressed. We use it in management of edema secondary to surgery or radiation, but it’s also good for peripheral neuropathy and fatigue. We don’t see it as panacea, but it’s a lovely offering that’s not about giving pills.”

Dr. Ross says he’s had a longstanding interest in the lymph system, which he credits to his wife, a physical therapist trained in treatment of lymphedema.

Over the years, he’s explored many devices and techniques for improving lymphatic circulation. The ArcStar LET system, which he first saw at an integrative medicine conference, “intuitively made sense.” So he bought one, had a staff member learn the technique, and started offering it to patients.

A Transfer of Healing Energy

Patient response has been so positive that Dr. Ross felt compelled to bring in 3 more machines.

His patients are not the only ones benefitting; Staff-members who give the treatments really enjoy the process.

“There’s a transfer of energy when you help a person feel better that has real value for the staff. I let them build their own practices around this. It’s a way for medical assistants to acquire a wonderful skill that is truly helpful to patients, and makes extra money for them and for the practice. They feel like they’re really helping people. There’s a real pride there.”

Both Dr. Ross and Dr. Desai say there is really no downside to LET, and very little risk.

“The training took about 2-3 weeks,” says Dr. Desai. “They give you an 8-hour intensive training up front, and then you start by practicing on friends and neighbors. You can zap someone if you’re not careful–it feels like a little static jolt–not dangerous or harmful but a bit jarring. That’s the only tricky part, and you quickly learn how to use the device without this happening.”

There are a few contraindications: it is best to avoid doing LET on patients with pacemakers or those with congestive heart failure. And even though the procedure is gentle, it’s a good idea to avoid working on or around wounds or fresh surgical sites.
Overall, though, the LET is very safe, even for children who usually enjoy it, Dr. Desai said.

She’s used it successfully on kids with sinus or middle ear congestion.

Part of the reason LET is such a patient-pleaser is that people feel—and see—results right away.

“It moves a LOT of fluid,” she explains. “Immediately after treatment, people feel like they have to urinate. You are getting rid of a lot of volume. You can watch someone’s thigh shrink up. It’s pretty dramatic. You can measure someone’s waist before treatment, then do the treatment and then measure again. Some of my patients have lost 2 inches!”

The loss may not be permanent, but it does make people feel better and it certainly makes an impression. Patients should be counseled to drink a lot of water after treatment.

“I am very excited about this therapy. I hope they do more research. There’s even a possibility that it might stimulate the lymph nodes to re-grow after surgery. That’s wonderful. How are you supposed to prevent cancer recurrence when you’ve removed the system that’s going to help you detox?” Dr. Desai remarked.

“If the research can be done, I believe this device has incredible potential.”