The Cult and Culture of Vegan Cheese 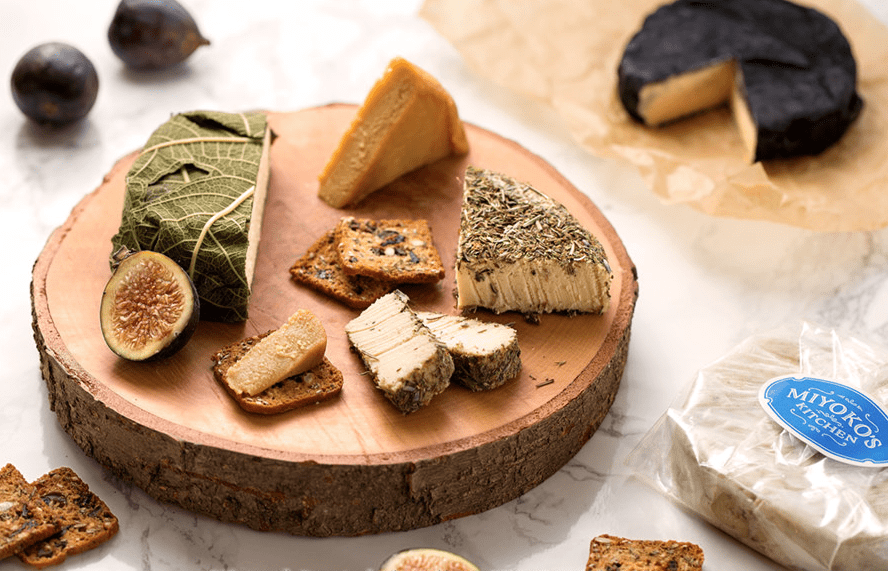 Many, many people share Stevenson’s sentiment. Whether the joy comes from its ooey-gooey mouthfeel or its casomorphin (a naturally occurring opioid peptide in cow’s milk), cheese is the ultimate comfort food for those who love it.

For some people, however, cheese offers anything but comfort. It’s just the opposite.

Up to two-thirds of the global population are lactose intolerant. Unlike food allergies, lactose intolerance isn’t immunity-related. It comes from the body’s inability to digest lactose, the primary sugar in cow’s milk. Children naturally produce lactase, an enzyme which breaks down lactose into simple sugars, making milk and milk products, easily digestible during early development.

Lactase production stops around age six for many people. Lacking that crucial enzyme, those who are lactose-intolerant experience “bloating, gas, cramping and diarrhea after consuming dairy products,” says Keri Gans, a New York City-based Registered Dietitian, and author of The Small Change Diet. Among her clients, intolerance is common.

Some people have true immune-mediated allergies to proteins in milk. For them, cheese can spell hives, wheezing fits, swelling of the lips, tongue and throat, diarrhea, abdominal cramps, and nasopharyngeal congestion. And of course, there are people who have both lactose intolerance and true dairy allergies. 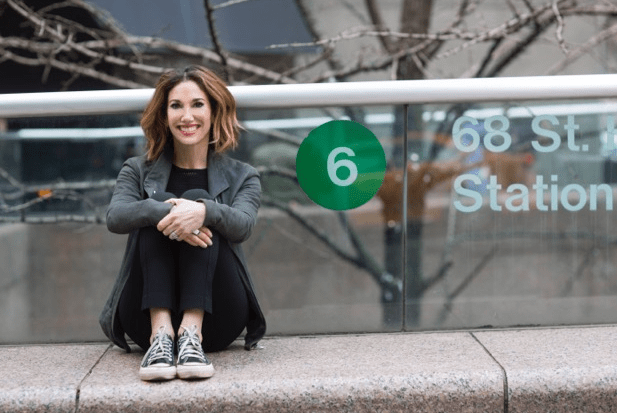 ers decide—for health, ethical, or other reasons—to go plant-based, and forego dairy? It can be a real struggle.

Dairy cheese is one of the hardest foods for people to give up, notes Miyoko Schinner, founder of Miyoko’s Kitchen, one of several rapidly growing producers of high-quality plant-based cheeses and dairy products for the surging vegan consumer market.

Dubbed a vegan revolutionary by UN Women, this self-confessed former cheese addict went vegan 40 years ago, when plant-based diets were considered extreme, and cheese without dairy was inconceivable…at least in the Western world.

The Roots of Dairy-Free Cheese

Dairy-free cheese has a history, even a pedigree, dating back to 16th century China.  Made with fermented tofu, or whole soy, these foods are high in protein, spreadable, and strong-smelling. For many people, especially non-Asians, they’re an acquired taste.

But with the mainstreaming of the vegetarian and vegan lifestyle in the US, Schinner and other vegetarian entrepreneurs saw a wide-open opportunity to adapt these traditional foods to this new market.

Hewing somewhat closer to a Euro-American concept of cheese, Schinner developed a homemade product made from mild-tasting cashews, soaked to soften them, then blended with miso, a salty, slightly funky-tasting Japanese fermented whole soy paste, and nutritional yeast (Saccharomyces cervisiae). The latter has a cheesy, umami flavor and a golden color that gave zing to Miyoko’s recipes.  It also provides a nutritional boost: a 2-tablespoon serving of nutritional yeast provides 9 grams of protein, 3 grams of fiber and in some cases, a lot of B-12, an essential vitamin otherwise lacking in vegan diets. 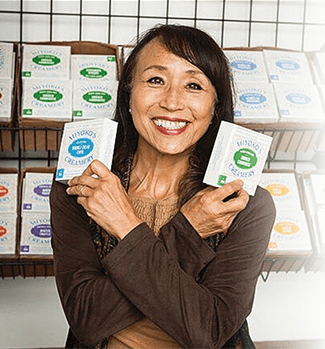 This brings up an important point: for people who can tolerate and enjoy it, dairy cheese is quite nutritious. Gans says that when she’s encouraging clients toward a more nutrient-dense, lower meat diet, she doesn’t push kale. She pushes cheese—so long as they are not intolerant. “Cheese is packed with nutrients, including calcium, protein, phosphorus, zinc, vitamin A and vitamin B-12.” It’s also an easier sell than kale. Obviously, it’s not an option for people who are lactose intolerant or allergic to dairy.

As with all alternative foods, vegan cheese faces a double challenge: to be healthier than the favorite food it replaces, while being at least tasty and enjoyable, if not downright delicious. Most homemade vegan cheese recipes will succeed on the wellness side. But they usually fall short in the flavor department. They come out pale, soft, fluffy and ricotta-like. Despite the miso and nutritional yeast, they still taste bland.

In addition, being nut-based, many vegan cheese recipes are unsafe for those with tree nut allergies. Nuts are among the eight major food allergens. Soy, another common ingredient in some milk-free cheeses, can be problematic for some people too.

So vegan cheeses are not without their drawbacks. But by and large, they are filling an important—and growing—niche in the plant-based food landscape.

The big breakthrough happened a decade ago, with the advent of brands including Daiya and Follow Your Heart. These were the first commercially available vegan cheeses. They’re chewy, melt-able, and more or less behave like dairy cheese. They’re soy- and nut-free, made from coconut oil and potato starch bound by xanthan or guar gum. So, they win on the mouth-feel and nut-free side. But xanthan and guar can trigger digestive problems in some people. And while many vegans love them, some say they don’t taste “natural” or have a “chemical” flavor.

They’re the vegan version of processed American cheese , and like their dairy-based progenitor, they have a solid fan base. 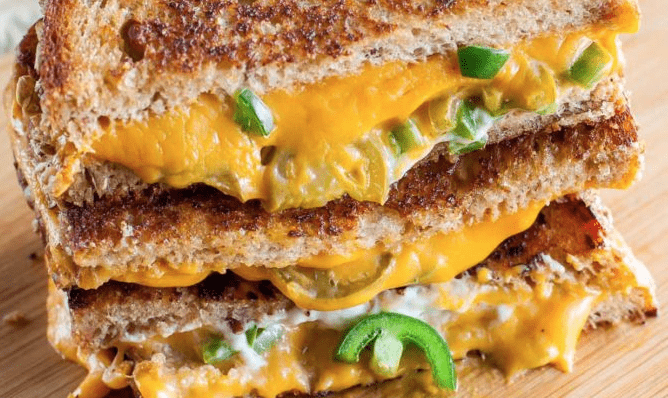 cheeses and butters, have taken a more sophisticated approach.

For years, Schinner dreamed of a vegan equivalent of the nuanced, complex artisanal cheeses she’d enjoyed while backpacking through Europe. Rather than abandon hope – and cheese– she experimented. In 2012, she published Artisan Vegan Cheese, an entire book of DIY vegan cheese recipes unlike any previous ones.

Schinner’s recipes contain cashews but also rejuvelac, a liquid made from soaking grains in water until fermentation occurs. They include agar, a plant-based gelatin to add firmness. They also involve several days of aging, which create a deeper, more complex flavor. They are closer to dairy cheese than any commercial vegan product. But, like dairy cheese itself, they require a lot of time and effort to make–far more than most average home cooks will commit.

“We use whole foods” — in this case, cashews — “and add cultures to it. The cultures are what develop the flavor,” she says. “There’s natural fermentation, brining, and aging. That’s why our cheeses don’t have that chemical flavor.”

In addition, the bacteria in these active cultures benefit the microbiome. Like other fermented foods, cheese, including cultured vegan cheese, occupies the space between culinary and medicinal. Some vegan cheeses contain more live probiotic strains than dairy cheese, according to Dr. Michelle Schoffro Cook, a fermentation fan and author of The Cultured Cook.

Are They Truly Healthy?

But a number of the commercially available plant-based cheeses are highly processed. Like all processed foods, they raise questions about how well these products are digested and metabolized. In truth, this is a very new food category, and there’s little in the way of meaningful scientific evidence—one way or the other–on the health impact of these products.

There are, of course, anecdotal claims and testimonies suggesting it may be easier to digest than dairy cheese, and can be tolerated even by people with tree nut allergies. Schinner posits that the beneficial bacteria used in her fermentation process increase digestibility and reduces the potential for allergic reactions. But it’s very unlikely that anyone will ever do a randomized trial to test that hypothesis.

Whether it’s the probiotics or the flavor, Miyoko’s Kitchen is growing fast, as are several other vegan cheese brands. It’s basically a vegan cheese explosion!  US sales of these products jumped by 43% in 2018 , according to the Plant-Based Food Association, and are forecast to hit the $4 billion mark by 2024. Venture capital firms are all over it. 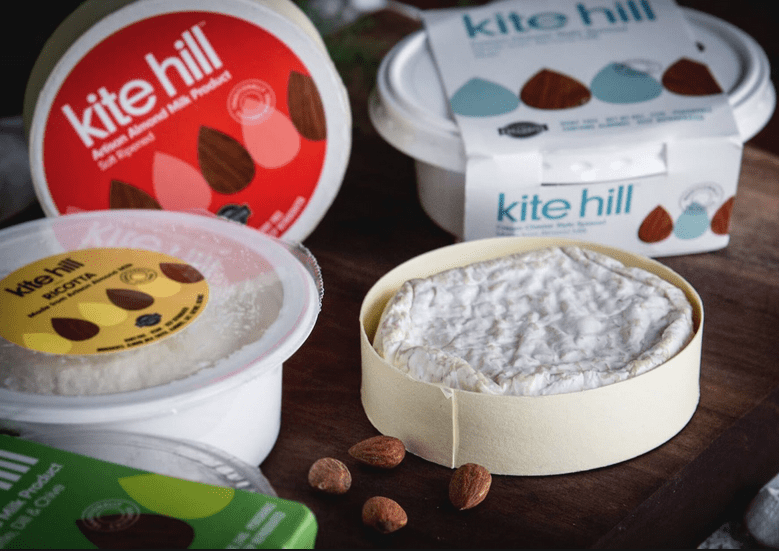 Other major national brands include TreeLine, and Kite Hill , from vegan chef Tal Ronnen, which has raised $40 million in capital. Best known for its vegan yogurt, Kite Hill also makes a popular vegan cream cheese and a fluffy almond ricotta with a taste and texture akin to anything you’d get from Italian cows. Part of Kite Hill’s venture funding will be used to expand this vegan cheese line.

Miyoko’s, having received $9 million in funding, moved to a larger facility last year and is working with Nestle to scale up production. The brand already produces a range of veg-based fromage, including a luscious cream cheese, a melty mozzarella, and a firm Gruyere-like rustic Alpine. Schinner is especially excited about a product to be rolled out soon– a nut-free vegan cheese made from potatoes and beans.

Summing up her perspective as a nutrition counselor, Gans says, “For those who have a lactose intolerance, vegan cheese is a wonderful choice. A vegan cheese such as Daiya, should not cause any gastrointestinal distress.” She notes, however, that it provides no protein and contains less calcium than dairy cheese.  “If you can digest regular cheese, I see no reason to switch (to vegan alternatives).”

While she agrees that dairy cheese is a good source of protein and calcium, it also contains a lot of cholesterol and sodium both linked to heart disease. Dairy cheese also contains casein, among the major food  allergens, as well as lactose, GMOs, growth hormones and estrogen.

In addition, cheese—just like any animal-based food–has a high and largely negative environmental impact. There’s also the factor of animal cruelty. By and large, industrial-scale dairy operations are not exactly kind to their cows.

It’s a reasonable position, and one that will surely please a lot of patients who need to make major dietary shifts but fear a life resigned to boring meals devoid of their favorite flavors.