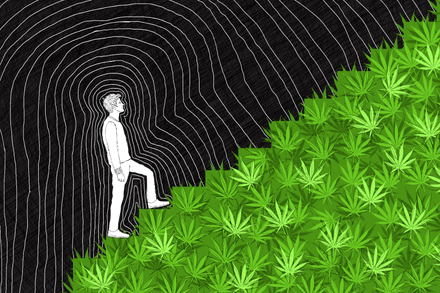 A new Medscape poll of 417 practicing physicians, 1,054 nurses,  79 pharmacists, 79 psychologists and 171 healthcare administrators indicates that well over half would like to see full legalization of both medical and recreational cannabis use.

Notably, 67% of the physicians, 82% of the nurses, 71% of the pharmacists and 88% of the administrators support full legalization of medical marijuana at the federal level. Just over half of the doctors (53%) are in favor of legalization for recreational use.

Among physicians practicing in states that have legalized medical cannabis, 59% of physicians, 59% of nurses, and 52% of pharmacists report that they have recommended or prescribed medical marijuana to patients.

Medscape’s data corroborate the signals from Holistic Primary Care’s 2018 practitioner survey, which fielded responses from 469 clinician readers earlier this year. The data indicate that 56% believe CBD and cannabis-derived substances “Have therapeutic value and should be used more widely.” Only 17% reported that they are not yet convinced that CBD or medical cannabis have theapeutic value, and only 2% categorically dismiss this possibility.

“I am convinced cannabis has therapeutic value, but I want to see more research,” wrote one respondent. “I would like to see large scale studies for pain control, sleep, anxiety, and other conditions. I want to learn about both the positives and the short- and long-term problems. No drug is without side-effects.”

The changing tide of practitioner opinion on cannabis comes at a time when public interest in the plant is surging. Cannabis is now a multi-billion dollar industry, 30 states are considering legalization, and the FDA has approved the first-ever marijuana-derived prescription drug (Epidiolex). Even major multinational corporations are exploring canna-ventures.

Earlier this week, Bloomberg News and several other business news outlets reported that the Coca Cola company is in negotiations with Aurora Cannabis–a Canadian company–to develop a line of non-psychoactive CBD-infused functional beverages aimed at easing inflammation and chronic pain.  Coca Cola has not officially commented on the matter, and has neither denied nor affirmed these early reports.