Leaders in the dietary supplement industry have a sharp new directive for manufacturers who discover adulterants or contaminants in botanical raw materials: 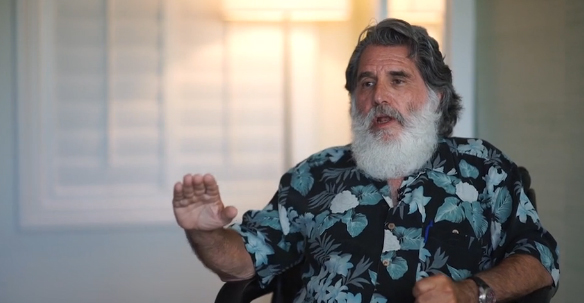 The innovative self-policing policy, launched in October, and supported by all the major herbal industry trade groups, puts direct economic pressure on raw materials suppliers to improve the quality of the ingredients they sell into the US market.

“Don’t Return It, Burn It” is, essentially, a set of contract terms and standard operating procedures (SOPs) to be used by supplement brands in their raw materials purchasing agreements. The terms stipulate that if a manufacturer’s quality assurance officers detect “irreparably defective” raw materials, those materials are to be incinerated at the supplier’s expense.

Until now, executives at ethical supplement brands faced difficult choices when they discovered contaminants or adulterants in botanical raw materials: they could choose to destroy the materials at their own expense and then replace them, or return the tainted product to the supplier for a refund or credit.

Given the duplicative costs of destroying and then re-purchasing fresh supply, most companies typically went with the latter option. This ensures that the defective ingredients won’t be used in that brand’s formulas. But the bad stuff ends up somewhere, because suppliers typically re-sell the rejected material to someone.

There are plenty of less-than-conscientious brands that either lack sufficient analytical testing to detect adulterants, or that choose to turn a blind eye toward substandard but discounted materials. It is no big secret that contaminated or mislabeled herbs end up on retail shelves in the US.

Between 35-45% of the herbs found in the top-selling botanical categories sold in mainstream retail channels are potentially subject to contamination or intentional adulteration, estimated Mark Blumenthal, founder and executive director of the American Botanical Council (ABC). This does not mean these herbs are always adulterated. But it means that the risk is there.

Blumenthal and his organization have been at the forefront of the fight to improve the quality of herbal ingredients since the 1970s.

The new campaign, developed collaboratively by representatives of the American Botanical Council, the American Herbal Pharmacopeia, and the National Center for Natural Products Research at the University of Mississippi, is a carefully-considered, systematic approach to ridding the supply chain of dirty or counterfeit raw materials.

“Burn It” is part of ABC’s ongoing Botanical Adulterants Prevention Program (BAPP). In recent years, the organization has published nearly 50 bulletins, lab guidance documents, and newsletters on matters related to botanical contamination and adulteration. All can be accessed free of charge.

Blumenthal holds that the buyers of the raw materials—meaning the executives that run retail brands—hold the keys to ensuring quality throughout the supply chain. The buyer has the ethical responsibility to identify irreparably defective materials and to ensure that these do not enter the streams of commerce.

The SOPs defined by “Burn It” support supplement brands in doing the right thing.

The program centers on the definition of “irreparably defective” raw material. The term signifies materials that “cannot be lawfully remediated by the supplier, the buyer, or any third party, for any use.”

Fair to Both Sides

Michael Levin, a veteran supplement industry consultant, and one of the drafters of the Burn It campaign, says the program is “fair to both sides.” 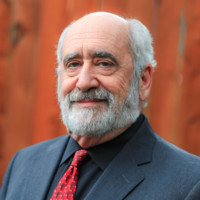 Michael Levin, co-creator of “Burn It, Don’t Return It” campaign

It is also in accord with federal regulations. “Under federal GMPs (Good Manufacturing Practices) a company cannot use non-conforming materials. But the GMPs and the regs are silent about what to do with what a company rejects,” said Levin at SupplySide West 2019, a raw materials trade show that draws attendees from all the major brands.

The purchase agreement language recommended by the “Burn It” campaign states that an ingredient supplier must agree a priori to the disposal of any and all raw materials found to be irreparably defective when tested according to Standard Operating Procedures by a 3rd party lab using validated and fit-for-purpose methods. Transport and destruction of the defective materials are at the supplier’s expense.

The terms do include provisions for dispute resolution with third party mediation, should a supplier disagree with the characterization of the materials in question. In this situation, additional analytical testing and legal costs are to be borne by the losing party.

Jim Emme, CEO of the popular NOW Foods brand, and its practitioner-focused Protocol for Life Balance subsidiary, said his company is whole-heartedly embracing this approach.

“We see it more frequently than we’d like,” Emme said, referring to problematic raw materials. “Oftentimes it’s just a mistake, the wrong ingredient was sent, or it was mislabeled. Most vendors are very cooperative about it. But what we’re talking about here is intentional adulteration, where someone tries to fool us.”

Economically motivated adulteration is one of the ugly realities of commerce. According to the US Pharmacopeia’s definition, it means the fraudulent addition of “non-authentic substances or removal or replacement of authentic substances without the purchaser’s knowledge, for economic gain of the seller.”

This is not only a supplement industry problem. It happens in the food, pharmaceutical, and building materials industries as well. Just about any business that depends on raw materials purchased from outside sources must be vigilant about it.

Emme echoed the belief that ultimately, it is up to finished product brands to detect and reject adulterated or poor-quality materials. He sees the new contract terms as a big step forward for supply chain integrity. NOW is one of a number of major brands that is all-in on “Burn It.” Pharmavite, another big player, is also onboard. So are many of the practitioner-only product lines such as Ortho Molecular Products, Designs for Health, Metagenics, and Pure Encapsulations.

Informa, the worldwide media and conference production company that owns SupplySide, as well as the massive Natural Products Expo East and West shows, has put its full support behind the initiative, says Jon Benninger, VP of Informa’s Health & Nutrition Network.

The ultimate success of “Don’t Return It, Burn It,” depends on the willingness of supplement brands to insist on its terms in all their purchasing contracts.

“The biggest piece of this will be education,” says NOW’s Jim Emme. “But I believe that most companies will comply. We’ll find out fairly quickly who’s willing to comply and who isn’t, who’s slippery and who’s not.”